The following video is a joint Baron-Vlad Tepes production. It uses maps of the Sydney metropolitan area to compare and contrast the level of gun violence with the percentage of Muslims in the population.

Take note that the dark green area on one map means the number of shootings, and the dark green on the other map of the same area means the percentage of Muslims in the population. Draw your own conclusions:

If the issue were anything but Islam — if we were looking at the percentages of Trobriand Islanders, or bald-headed men, or Presbyterians — the obvious correlation would be widely published and universally acknowledged.

Furthermore, if those dark green splotches represented the number of white men the neighborhoods of Sydney, the story would generate above-the-fold headlines in every newspaper and the would be the top item on ABC for weeks.

As it is, we can expect these statistics to be quietly forgotten.

And don’t be surprised if the Australian government stops including religious affiliation in its published census data.

Thanks to Andrew Bolt at the Herald Sun.

Graphics used in the video: 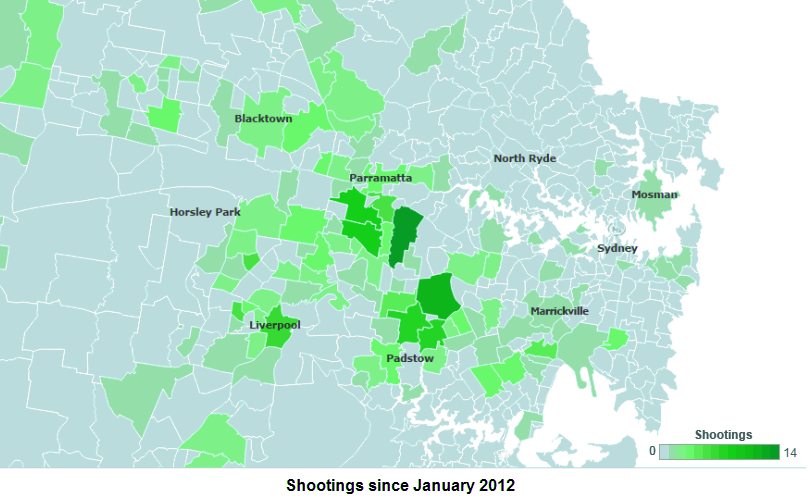 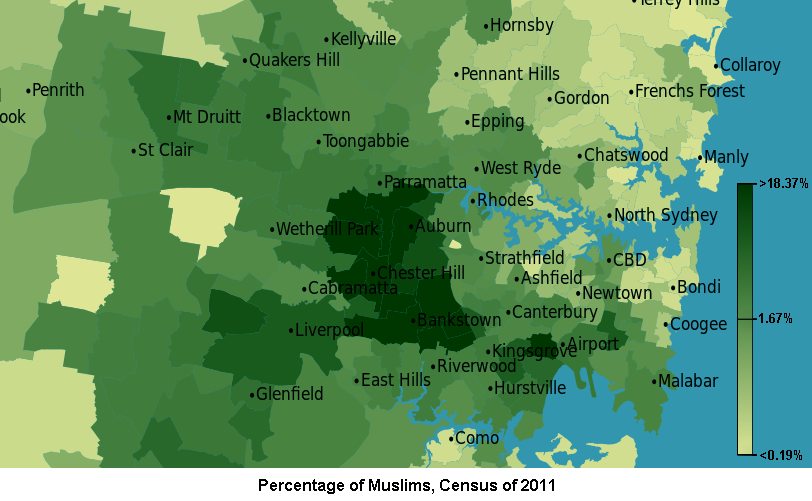 12 thoughts on “Islam and Gun Violence in Sydney”