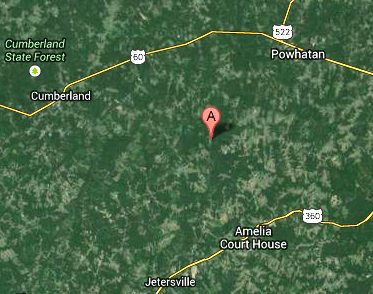 We just had another earthquake. This one was about the same distance from us as the last one, but not as powerful — magnitude 3.2. See this report from WTVR Richmond.

I felt it distinctly about 9:45 pm here in the eyrie of Schloss Bodissey. It felt like a giant hand took hold of the house and shook it gently for a few seconds. Not alarming, but noticeable.

The USGS lists the epicenter as eight miles southwest of Powhatan, which would put it across the Appomattox River in Amelia County. The epicenter of the 2003 earthquake, if I recall correctly, was under Provost on the Cartersville Road, which would be about the same distance to the northwest of Powhatan. The big earthquake in 2011 was further away, near Mineral, north of the James River.

That’s all the seismic news from Central Virginia. Stay tuned for the aftershocks…

2 thoughts on “Earthquake in Amelia County”