Our Canadian correspondent Rembrandt Clancy has translated a recent essay by the German Islam-critic Marc Doll, and includes his own brief introduction.

Racism in the Middle of the Society? 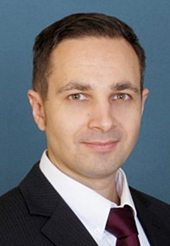 Marc Doll, the author of this essay, is a founding member of Citizens’ Rights Party DIE FREIHEIT (28 October 2012) and is one of its leaders. He is also one of the eight or so Islam-critics who revived the White Rose (Weiße Rose) resistance movement of 1942 to 43 (Gates of Vienna reported).

“Racism in the Middle of the Society” — the idea that racism is endemic to society — was commonplace among the New Left of the 1960s. Older readers will know that for sure. Nor will the silencing of critics with the argument from potential consequences (argumentum ad consequentiam) be foreign to most. The inflation of numbers to create the impression of an epidemic and the exaggeration of a minuscule minority to forge a massive presence (homosexualism), are also commonplace everywhere, not just in Germany.

But Marc Doll’s treatment of the reproach of racism using psychoanalysis, combined with his announcement of intent to “return the accusation [of racism] to the senders” begs the question as to the identity of the original “senders”. Might they have been the psychoanalytically oriented “critical theorists” of the so-called Frankfurt School? They may have established the ideological prototype for endemic “racism” in the unprovable claim that anti-Semitism, fascism and their depth-psychological infrastructure, the so-called “authoritarian personality”, have their paramount source in the paternalistic structure of the family. They even developed a personality questionnaire, the F-Scale, to identify the “potentially” fascistic individual (Adorno et al. “The Authoritarian Personality” (1950)).

Racism in the Middle of the Society?

An article [“White is always guilty”] by Michael Paulwitz in Junge Freiheit describes how the German opinion cartel and all its opportunistic bandwagon freeloaders use the term “racism” as a weapon so they can maintain their immigration quotas with the goal of establishing a “multicultural society” behind which is the simple principle of divide et impera; that is, a society which is internally divided by internecine struggles among minorities is not in a position to overthrow a regime (cf. Manfred Kleine-Hartlage), and it is also considerably easier to translate such a society into a dictatorial EU. I would like to shed a little light not only on the underlying mechanisms, but also return the accusation to the senders.

To accuse someone of racism is a crushing indictment, especially in Germany. Therefore it is all the more important to verify such a charge in a deliberately responsible manner, and if it is substantiated, then only to bring it forward if there is very compelling evidence. A racist is someone who believes that his race is biologically superior to other races. The number of those who believe in this long since discredited nonsense may fall within the 0.00X percent margin, and those same people admit that openly. It is a marginal manifestation which is found in every society.

In view of these numbers, one might wonder why racism is still an issue today at all and why it attracts so much interest. At any rate, no one has yet come to grief based on the above mentioned attitude, and doubtless it would be far from a full-time job for anti-racists to have to wait for the 0.X percent out of the already noted 0.00X percent to start committing racially motivated offences.

Therefore the cart is put before the horse: what COULD lead by way of pure POTENTIAL to the same results as violence-prone racism is explained as racism which has already occurred and is punished accordingly. Let us put it this way: the practice of Islam-criticism, by way of pure potential, could lead to people proceeding to kill Muslims. That this line of argument does not stand the test of experienced reality or that it is not confirmed by the facts is irrelevant, for it is at least superficially comprehensible; which is to say, the argument is fully sufficient to permit application of the term racism, indeed to employ it as a weapon, for it provides a chain of causality, which although it has the above mentioned surface comprehensibility, it still remains for it to be subject to reasoned and confirmatory justification. For as is the case with all loaded terminology, with a single word and without any basis, I can otherwise reproach my opponent with an entire library of moral failings which cannot be refuted with only a single word, and also not with a single sentence, not to mention that one finds himself at this point already in a defensive position.

If therefore such a simplified usage of the definition of racism applies to constitutionally attested rights such as freedom of speech and assembly and to freedom of religion — in its sense of ‘freedom from religion’ — because it could potentially lead to the committing of racially motivated offences, then it applies all the more so to real effects as well; for example, to the cold genocide of a people, or portion of a people together with their culture, by permitting them over the long term to become a minority in their own country (cf. UN Genocide Convention). It is racism if one condemns it in Tibet but welcomes it in Germany; it is racism if a German, who in seeking a hearing at an anti-discrimination office is sent home because as a German he cannot suffer discrimination; it is racism, if at every opportunity, and in addition, a latent (genetically determined?) racism is imputed to Germans, whilst non-Germans on the occasion of even the worst crimes are taken under protection and alternative explanations are sought. And if it is now being planned that ‘xenophobic motives’ are to have the effect of increasing the severity of punishment in the courts, and this naturally applies only to Germans, then that too is a judicial device which separates people according to ethnicity, a circumstance we really thought had been overcome.

But it is also a double racism, which is to say against the immigrants themselves. For whoever exculpates these groups, time and again, from the liability attached to their actions, absolves them also of their responsibility. It is rather the critics of immigrant criminality who are addressing immigrants on the same footing. Children do not appear before a court, for they lack responsibility and they cannot foresee the consequences of their actions. In a court of law, whoever imposes on a Turkish serial offender probation or hours of community service for the umpteenth time, while imposing on Germans much more for much less, reveals at the same time how he perceives immigrants in relation to himself; namely as an underdog, as more undeveloped, more inferior, and as children who are not responsible for their behaviour, for which reason they have to be paternalistically taken under protection. And it is precisely this breed of person for whom it is clear at the level of his unconscious what attitude he really possesses toward people from “poorer countries”: it is he who lashes out wildly against others whose opinions could potentially reveal what is slumbering deeply in himself. In Psychology this is called ‘projection’: the affected individual assumes that all other people possess the same moral failings, but — unlike himself — they do not possess the moral integrity for self-control, for which reason he interprets every criticism as a racially motivated attack [perceived racism being the projected content; the projection itself, by definition, being also an unconscious process]. The idea does not occur to the accuser that what he invariably presumes to be a “hate campaign” is based solely on factual, behaviour-oriented criticism, and is not, as is always assumed, aimed at the person’s heritage.

In the extreme case of inherent racism, the kind associated with radical leftist extremists on the streets and in editorial offices, the projecting individual, in a similarly pre-emptive manoeuvre, tries to eliminate his own culture (certainly with a differentiated arsenal), for if all other people carry within themselves the same degree of racism as himself, then as an expedient to peaceful co-existence he has the alternative of eliminating his own people, or at least of eradicating the culture which inspires them; and since a violent Final Solution is not available, the next best alternative is chosen, that of cold cultural genocide by mass immigration numbering in the force of millions, which of course burdens many times over the power of the host state to integrate them — particularly since the latter is further weakened by additional measures which oppose as reprehensible everything which provides a form of identification with the nation. It is no accident that it is so easy to switch from the extreme “Right” to the extreme “Left” and vice versa, for as already mentioned elsewhere, the differences between these two are marginal [cf. Gates of Vienna: The Better Lenin].

Since the human species is very diverse, the above-mentioned type of racist will likely always exist. The fanatics of the totalitarian dictatorships of the twentieth century certainly had to have been recruited from some category of person or another. It has been impressed upon this type in a sustainable way that the racial persecutions of the past were wrong, but the type itself has remained unchanged in its inward character, for it has simply followed its nature and (on the basis of the mechanics of projection described above) has lapsed into the opposite extreme, following the pattern of a reformed robber baron who as a holy crusader now massacres his fellow man in the name of the good*.

And for that reason there is no “racism in the middle of the society”, but only the projection of one’s own racist nature onto the environment. Think about this next time you hear someone use this word.

[* Translator’s note: With this statement, Marc Doll provides an additional level of psychoanalysis to his critique, hence rounding out the explanation of the phenomenon of exaggeration and distortion. “On the basis of the mechanics of projection” there is yet the additional defence mechanism of reaction formation, whereby the conscious attitude is in unconsciously exaggerated opposition to its unconscious opposite.]

9 thoughts on “Do “Anti-Racists” Protest Too Much?”