Our German translator JLH has discovered a fragment of a play by William Shakespeare from the “Lost Folio”, which was written after the Bard emigrated to the newly-established colony of Virginia. (For a similar passage, see The Merchant of Venice, Act IV, Scene I.) 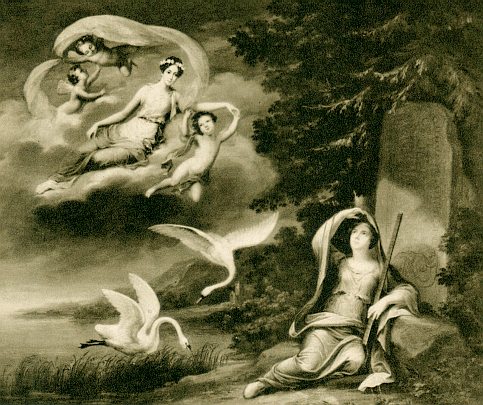 The Toleration Tango
by the Bard of Washington-upon-Potomack

The equality of multiculture is most strange.
It drifteth like a turgid fog
Across both high and low. It is twice potent;
Empowering him that gives and blinding him that takes.
It is most arrogant in the most elite; it suits
The self-styled leaders even better than self-love;
Their invective shows the strength of personal attack,
An aspect of that narcissism,
Which causes dread and fear of character assassination,
Like an attribute of Hope and Change itself.
And their social power then is like a plague,
When spite doth poison politics. Therefore, Racist,
Bigot, Misogynist and Homophobe,
Though justice be thy plea, consider this,
That in the course of that justice, none of us
Would see wealth distribution. We do but pray for special treatment;
And that same prayer should teach you all to accept
The deeds of Political Correctness. I have spoken this much
To mitigate the so-called justice of thy plea:
Which, if thou follow, the strict court of popular opinion
Might just decide against the truly entitled.

7 thoughts on “The Toleration Tango”