Ashraf Ramelah of Voice of the Copts returns with a report about recent tribal violence in Upper Egypt. 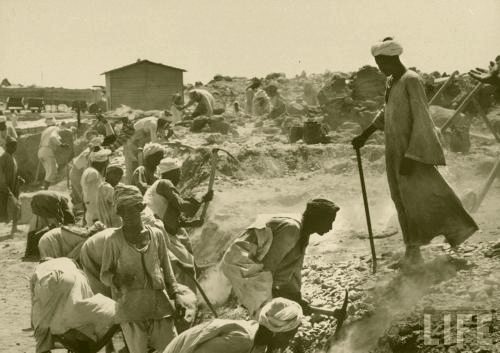 In the world’s cradle of civilization in Upper Egypt, the region of the temples, 750 miles south of Egypt’s capitol, a deadly racial clash took place between two Muslim tribes this past week. According to reports by Egypt’s news agencies, on April 2 fighting broke out between the Arab-Muslim Alhalaya tribe and the Egyptian non-Arab-Muslim Nubian tribe.

After a visit to Aswan by presidential candidate El Sisi, Arab-Muslim students from the Alhalaya tribe provoked a fight with supporters of El Sisi. Within a few hours of El Sisi’s departure from speaking with tribe leaders, graffiti was found on a public school wall insulting the retired General. Twenty-eight people died in the resulting clash (rocks and bottles thrown escalated into Molotov cocktails and gunfire).

The Egyptian Nubian tribes are descendants of populations dating back to the 4th century — inhabitants of Egypt centuries before the Arab-Muslim invasion. The first Nubians arrived from Ethiopia and settled on Egypt’s southern border with Sudan. In the 20th century, Nubians underwent a massive displacement into Arab-Muslim tribal territories during the Nasser era when their homes were flooded by the lake formed by Egypt’s High Dam.

The meaning behind the April 2 Aswan conflict

Writing on his Facebook page, General Ahmed Ali, spokesman for the Egyptian military, alluded to the real potential that Muslim Brotherhood terrorists could be behind the lethal skirmish. If this suggestion is true, the incident must be viewed in terms of a clash of ideologies manifested in political animosities. Based upon political differences represented in tribal allegiance, it pitted Muslim (Nubian, non-Arab, anti-supremacist) against Muslim (Alhalaya, Arab, supremacist).

This divide is ancient. Egypt’s darkest moments today emanate from original resentment of and discontentment with the centuries-old invasion by Arab-Muslim intruders (religious imperialists) of native Egyptians (Copts and Nubians ruled by Romans/Byzantines). It is today’s need for individual freedom, not supremacy, which unites Christians and Muslims wishing to modernize the state and duplicate Western ideals. Right now, El Sisi represents these ideals, and he is seen as the terminator of such Aswan-style clashes in his zeal to root out terrorism.

Quoting Egyptian security sources, Lebanese newspaper, Al Akbar, wrote that ousted Brotherhood-backed President Muhammed Morsi was recorded without his knowledge during a recent meeting with his defense team in his jail cell. According to Al Akbar, Morsi messaged the Brotherhood via his questions to his attorneys, “What is happening to you? Are you forgetting Upper Egypt? I am not hearing trouble there.” With this, Egyptian security maintains that the Aswan battle was a result of directives from Morsi and the Muslim Brotherhood. The Al Akbar article went on to say that security sources added that the goal behind the conflict was to show the West a picture of Egypt’s destabilization with a weak Egyptian law enforcement to blame. Furthermore, the same sources called it a ploy to disperse army resources away from its concentration at the country’s borders as well as to distract law enforcement from the same efforts.