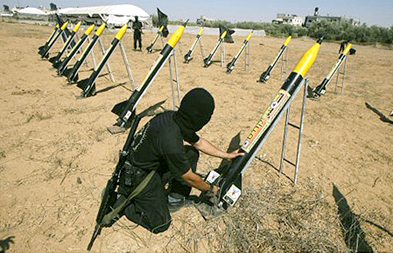 Our Israeli correspondent MC reports that Sderot is under rocket attack from Gaza again. He just sent this message:

Just to let you know we had three code reds in the last ten minutes. I will keep you informed

Salvo of Kassams From Gaza Hit Near Sderot

A salvo of kassam missiles were fired from the Hamas-enclave of Gaza on Thursday night towards Sderot and the surrounding communities. As of now, three rockets have been identified as having fallen in open fields, with no damage or injuries reported.

17 thoughts on “Condition Red in Sderot”