Thoughts in Tel Aviv
by Fjordman

The city of Tel Aviv is a twentieth-century creation. In a country famous for its numerous historical monuments, it’s somewhat ironic that one of Israel’s two largest cities is almost entirely devoid of major historical sights. In this way, Tel Aviv is very different from Jerusalem, which is brimming with sights of religious and historical significance. Tel Aviv does have its advantages, however.

Throughout history, humans have often preferred to live near large bodies of moving water. This was obviously for practical reasons such as food and transport, but it has other advantages, too. A city such as Düsseldorf, Germany would be very different (and more boring) without the Rhine river flowing through it.

When I lived in Cairo, Egypt as a student I enjoyed the special atmosphere the Nile river bestows upon the city. Nevertheless, if you go to Alexandria on the Mediterranean coast, you can smell the fresh air and the salty sea breeze. That does make a difference. Perhaps humans are biologically programmed to search for the sea?

Jerusalem is situated inland on a hilltop. Traveling to Tel Aviv is a short trip by car or bus, but the natural setting is sharply different. While I was in Israel in February 2013, I spent most of my days in Jerusalem. However, I went for a short visit to Tel Aviv. I had not been there for ten years and wanted to see what had changed since the last time I was there.

Although I didn’t plan to, it turned out that I ended up in the middle of the Purim celebrations. Purim is one of the most joyous holidays on the Jewish calendar, sort of a Jewish version of Halloween. This involves the drinking of wine, but also dressing up in various costumes. These days, Jews don’t merely dress up as Biblical characters; they might just as easily be Superman or Harry Potter.

The tradition of wearing masks and costumes for Purim may have been something that Jews picked in late medieval Europe, perhaps inspired by the carnival celebrations of the local Christians in Italy and elsewhere. 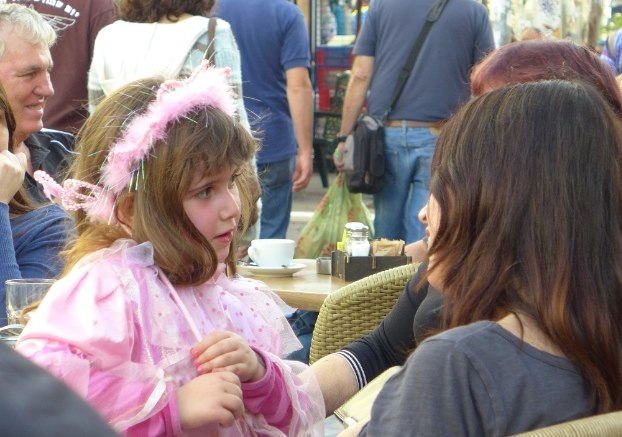 Amidst costumes of many different types, I did notice a disproportionate number of young girls dressed up as princesses, though. I’ve seen the same pattern in Scandinavia in northern Europe, and even in China in East Asia. Apparently, girls from all over the world love to dress up as princesses. If I didn’t known better, I’d say this is genetic. Of course, in our day, when gender is supposed to be socially constructed, merely suggesting this comes off as sexist blasphemy. Which means that it could well be true. 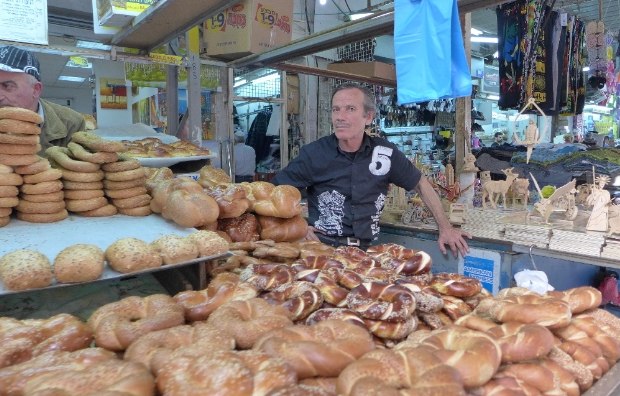 I visited some of the places I had not seen since I worked in the region in 2003. Carmel Market in the center of Tel Aviv seemed to be more or less unchanged. It’s charming in an authentic and dynamic sort of way. And it caters to the locals, not to tourists.

Amidst the fresh food and clothing, Carmel Market also features stands where you can buy a wide selection of obviously pirated movies as DVDs. This would not happen in Europe, at least not in Scandinavia. Maybe in some village in Romania or Bulgaria. I have younger relatives in Norway who download movies from the Internet extensively. Technically speaking, this is illegal. However, in practice, the police rarely do anything about it as long as the movies are for private consumption only. 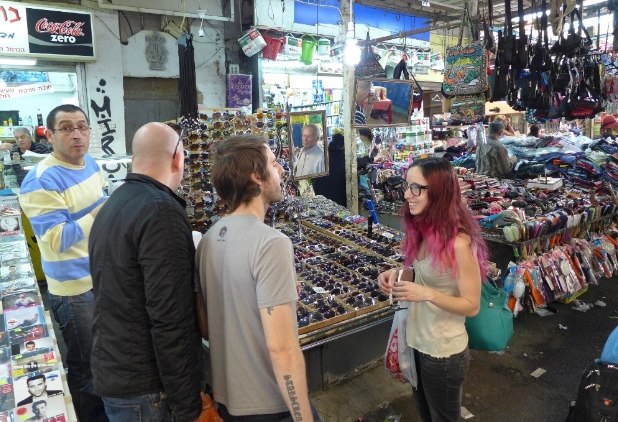 If you illegally download movies and sell many pirated movies openly in the streets, that is a very different matter. The police will close down your store if you do so. Apart from Israel, other places where I have seen pirated movies being sold openly in this manner were in East and Southeast Asia, in places such as China, Thailand and Malaysia. In this respect, Israel seems to be a part of Asia.

Tel Aviv is by many standards the greatest party city in the entire region. It even has an annual Gay Pride Parade. That’s not my cup of tea, but if that’s what you are looking for, you can find it there. In neighboring Arab countries, Gay couples risk being beaten up in the streets. In Tel Aviv they would usually be safe.

In all of the Middle East, the only city I have visited with a nightlife that could rival that of Tel Aviv was actually Beirut, Lebanon. I visited Lebanon in 2002 along with two Norwegians who had previously served as UNIFIL peacekeeping soldiers for the United Nations in southern Lebanon.

Prior to the devastating civil war in the 1970s and 1980s, Beirut used to be known as the “Paris of the Middle East.” However, the country was founded with a Christian majority. You can still encounter pockets of decent nightlife and vineyards there today among Christians and secular Muslims, but these pockets are diminishing. The most rapidly demographically expanding ethnic group in Lebanon are the Shia Muslims, fronted by militant and highly repressive groups such as the Iranian-backed Hezbollah.

Already when I visited Lebanon in 2002, you could see huge posters of Iran’s brutal Islamic leader the Ayatollah Khomeini on the outskirts of Beirut, as soon as you left the European-looking wine bars in the city center.

Just for the record: No, Dubai is not a party city. Dubai is a glorified shopping center that also happens to include some rather expensive bars and restaurants. It does not have the inexpensive street-level bars and pubs that you can encounter all over Tel Aviv.

Cairo is a very large city containing more people than do most countries. You can certainly find bars there if you look for them. However, that does not mean that most visitors go to Cairo for the nightlife. The only city in the entire Middle East that people might visit specifically for the nightlife would be Tel Aviv. Even Jerusalem harbors a much more conservative religious population, Jewish and Christian as well as Muslim. 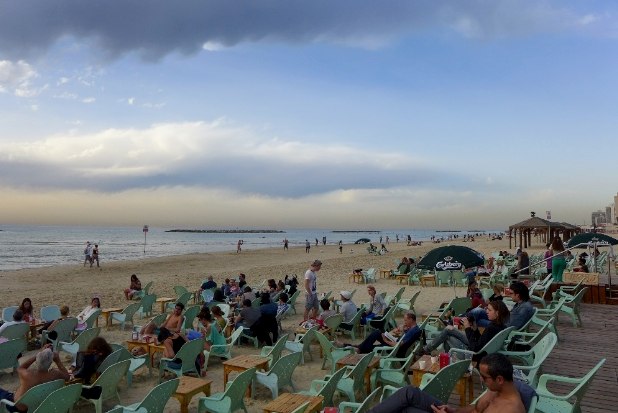 I’m approaching 40 and getting too old for partying like a 20-year-old student. Nevertheless, I greatly enjoy visiting the beautiful beachfront. Tel Aviv has an excellent beach, several kilometers long. This is a wonderful place to relax and watch the sunset while people around you are jogging, enjoying a glass of beer or smoking a water pipe. You can walk all the way from the city center to Tel Aviv’s Arab-dominated twin city of Jaffa. I have done this myself in the past. 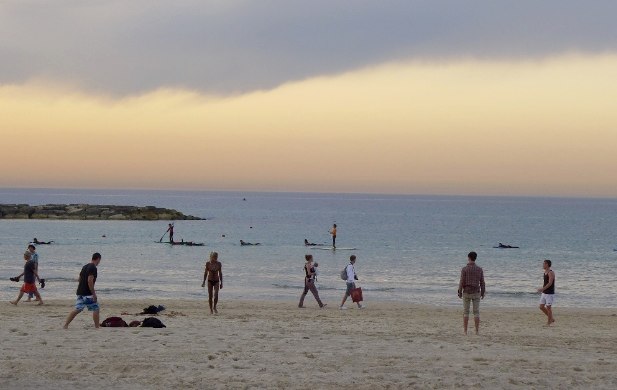 One of the blessings of being an Islamophobic writer with an international audience is that you have readers in many different countries. One of these is a Jewish man in Tel Aviv whom I had never previously met, but who knew I was for a brief visit to Israel. We went for a trip by car to Jaffa, to enjoy some hummus at one of the popular Arab restaurants there. 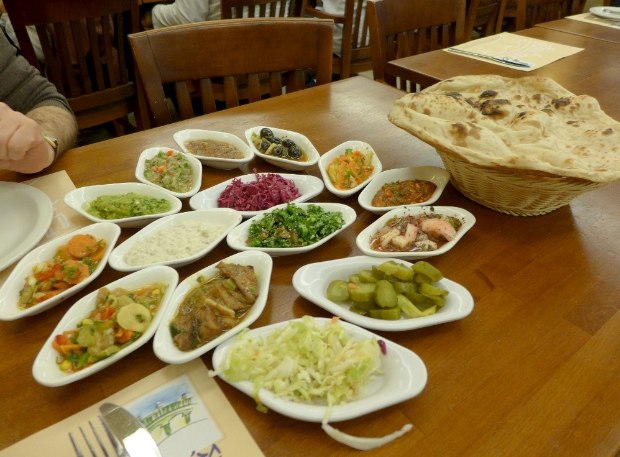 However, I briefly suggested to my Israeli Jewish pen pal that perhaps Jews would have been better off establishing a new homeland somewhere in South America. That way, they wouldn’t have to be surrounded on an everyday basis by mortal enemies who want to wipe them out. This will probably always be the case in the Islamic-dominated Middle East.

My Jewish friend at this point became a little bit offended. He saw Israel as the natural homeland for Jews, a place to connect with their ancestors from the Hebrew Bible. Perhaps he is right. As a traditionalist, I respect the desire to want to reconnect with one’s ancestral land and traditions. Anyway, the deed has now been done, and the state of Israel has been firmly established. One can only hope that it will survive.

One of the factors in the country’s future is how it deals with ultra-Orthodox Jews. By the time of Prime Minister David Ben-Gurion, when the modern state of Israel was established in the late 1940s, the ultra-Orthodox Jews numbered only a few hundred people. Today, they number hundreds of thousands.

One should recall that in Israel, even young women have to do mandatory military service. The fact that the country has for decades had hundreds of thousands of young and able Jewish men who did not do military service, but only studied the Torah, has been a cause of rising internal tensions.

In March 2014 the Knesset, the Israeli parliament, passed a law which would see the ultra-Orthodox Jews included in compulsory military service. I’m not Jewish or Israeli, so this is not really my call. However, this was probably a wise decision.

I define myself as an agnostic and am sometimes put off by the arrogant attitudes of some self-proclaimed atheists. Based on my experience, many professed atheists are in fact devout believers in political religions such as Marxism. I consider Marxism and related creeds to be every bit as much faith-based, and often more totalitarian and dangerous, than some of the traditional religions.

Most people throughout human history have been religious. This becomes a problem when the religion is very violent and intolerant and leaves little room for individual freedom. This is the main problem with Islam, for instance. However, if you look at the example of medieval Christian monks in Europe, it is perfectly possible to be deeply religious and still participate as a productive citizen in the society of your day.

One should expect the same of religious Jews. If they want to study the Torah and their holy scriptures, that’s fine. However, this shouldn’t be the only thing they do. The modern world is created by people who know mathematics, economics, engineering, chemistry and physics, not those who can only recite ancient texts.

Moreover, this is also a matter of rights vs. duties. You should have the right as a free individual to live your life as you choose, provided that you do not harm others. However, there should be a reasonable balance between rights and obligations. For instance, it is fair that you have certain duties to support and protect a society that helps protect the rights of you and your fellow citizens.

If you have only rights, but few duties, then your relationship to society becomes a parasitical one. Ultra-Orthodox Jews in Israel enjoy the physical protection of the Israeli state. As such, it is entirely fair of the state to expect them to do their share to keep up the physical protection of the society in which they live. Otherwise, they undermine the very future existence of that society.

22 thoughts on “Thoughts in Tel Aviv”