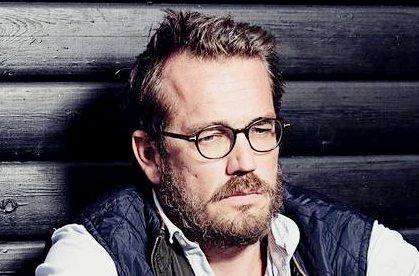 Early in February the Danish journalist Jeppe Nybroe was kidnapped by mujahideen in eastern Lebanon near the border with Syria. He and a colleague were held in brutal captivity for a month until the money could be raised to ransom them. They were released a week ago.

The following interview with Mr. Nybroe was published today in the “Indland” section of today’s Jyllands-Posten, after his return to Denmark. Many thanks to Henrik Ræder Clausen for the translation:

Nybroe: Whipped with his family listening

Jeppe Nybroe was frequently beaten up and whipped during his 28 days as a hostage. The 40-year-old journalist has no desire to return to the Middle East.

These words come from Jeppe Nybroe. The Danish freelance journalist and former television host was kidnapped on February 7th along with a friend and colleague, the Lebanese journalist Rami Aysha. They were imprisoned for 28 days, until his family, along with professionals in the field, managed to get the two journalists released.

In the four weeks of being kidnapped, Jeppe Nybroe was beaten up on several occasions, kicked and whipped.

“During the time they repeatedly told me they would cut off my fingers, cut off my hand, and that they would cut me and Rami into little pieces to be shipped home to our families,” says a deeply moved Nybroe, who came back to Denmark around a week ago.

The last message came over Skype, while the family in Denmark — negotiating with the aid of professionals — were listening in.

On that morning, February 7th, Jeppe Nybroe and Rami Aysha had travelled to the city of Arsal, located in eastern Lebanon close to the border to Syria, to write a story about the kidnapping industry in the area having shifted its focus from religion and politics to being pure business. And that it was increasingly businessmen, aid workers and journalists who got kidnapped.

On that morning, they were to meet up with a young man on a motorbike who would then lead them to some hostage-takers that Rami Aysha had contacted, and who were willing to talk to the two journalists. Jeppe Nybroe had no feeling that this might be dangerous.

“I have been in Arsal lots of time in order to write stories about refugees. The week before we were kidnapped, we had been there to talk with some persons, and everything had been entirely peaceful, friendly and accommodating,” he says.

But dangerous it was.

After following the man on the motorbike along some twisted road, a large black GMC truck suddenly appeared from behind a pile of stones. The driver nearly hit the car carrying Jeppe Nybroe and Rami Aysha, then stopped dead. Six men jumped out. All wearing black masks over their heads, all armed with either handguns or Kalashnikov rifles.

“The last thing I managed to tell Rami was: ‘This ain’t good’,” says Jeppe Nybroe.

Jeppe Nybroe was right. In no time, he and Rami Aysha were torn out of their car. The strangers pulled hoods over the heads of the two journalists, sealed the hoods with duct tape, and then tied their hands. Eventually they were thrown into the black GMC truck.

Beaten on the head

Jeppe Nybroe has no idea how much time he and Rami Aysha spent in the large GMC truck. It might have been half an hour, three quarters or a full hour. On the way, Rami Aysha broke down and was beaten repeatedly on the head with a gun. The kidnappers hit Jeppe Nybroe on the head once, when he also had a fit of fear.

After a change of vehicle he and Rami Aysha finally made it to the place which was to be their prison for the coming four weeks. Hoods still over their heads, they were thrown into a room.

“The room we were kept in was around 12 square meters [130 square feet]. It had a very low ceiling and a single window, covered with some sort of thick, dark green velvet. We were lying along the wall on thin mattresses covered by a blanket. That was all,” says Jeppe Nybroe.

For the first three days they were just lying there, he explains. The two men wore hoods around the clock. They were given food and water when the hostage takers decided to do so, and they were permitted to go to the toilet when strangers found it fitting. In the corner was a diesel stove, but as there was not always fuel for it, it became terribly cold at times.

Jeppe Nybroe never figured out where they were being kept, but their kidnappers told him it was in Syria. He also did not find out who the kidnappers were.

“During the first couple of days they were talking about the Syrian victims of the war, they spoke of Al-Qaeda, of ISIL [the Islamist group The Islamic State in Iraq and the Levant], and about the Al-Nusra Front. Many a time — every day — tributes to Al-Qaeda, Osama Bin Laden and Al-Nusra were being played. That gave us an impression that they were aligned with those groups,” explains Jeppe Nybroe, who was also told that a fatwa had been issued against him:

“Because I was an infidel, because Denmark was known not to support Muslims, and first and foremost due to the Mohammed cartoons. They had issued and confirmed in that fatwa that it was halal to trade me for money — either handling the kidnapping directly or by selling me to other groups — or slaughtering me, which is their term for killing,” says Jeppe Nybroe, who later gained the impression that the kidnappers were primarily criminals aiming for a profit.

Initially, the kidnappers were toughest on Rami Aysha, Jeppe Nybroe explains. But that changed drastically when the first concrete offer from his family arrived after some 8 to 10 days. The negotiations — which had started a week after the kidnapping, and were conducted between the kidnappers and his family in Denmark (using Rami Aysha as interpreter) were always conducted over Skype without the use of pictures.

Previously, the kidnappers had contacted the Danish embassy in Beirut, but Jeppe Nybroe was well aware that the Danish state, as a matter of principle, never paid any money to kidnappers.

The offer was not satisfactory, thought the kidnappers. Therefore, Jeppe Nybroe was whipped.

“I was whipped while they were listening to it at home, at the other end of the connection. Then the kidnappers closed the connection. Later they lifted me from the floor in one move and threw me at the wall in the corner. And then I got beaten on the face,” Nybroe says.

The kidnappers kicked Jeppe Nybroe in the back, and whipped him some more. Suddenly it stopped.

“They later explained me that they were sorry about having to do this. But it was a necessity in order to make those at home understand that they had serious intentions,” he says.

$20 million was the number mentioned by the kidnappers the first time they called Jeppe Nybroe’s father, Lars Nybroe. Later, that became $5 million. Jeppe Nybroe knew that the family would never be able to raise that kind of money.

“My family is quite ordinary, so I knew that this was never going to happen,” he says.

Thus Jeppe Nybroe had no idea whether he was bought or sold. Or if he would ever leave that room alive. Only at the very end he and Rami Aysha got the notion that there was light at the end of the tunnel. At that time, Jeppe’s brother Jacop, who during the entire period had taken leave from his position as news anchor on TV 2 [a major Danish channel], had negotiated the ransom down to something “miles from that”. Also Jacob Nybroe managed to do some fundraising for the ransom. The family is not interested in revealing the precise amount.

The whole process of kidnapping has made a deep impact on the experienced war journalist.

“This is a fear I had never met. And it means that I do not sleep, even though I take sleeping medication. I have slept for only a single night since I came home, but I sleep lightly and have nightmares. I am afraid of sounds and take to crying — not only when I talk of it, at times also for no apparent reason,” says Jeppe Nybroe.

The 40-year-old journalist, who repeatedly and for many years has reported on conflicts from around the globe, does not regret that he went for the story. “I cannot regret something that I had never in my life imagined would go wrong,” as he puts it. But the experience has made Jeppe Nybroe quit anyway.

“My elder brother says that I will not be permitted to travel to that part of the world again — and I tend to say that I do not feel like doing so,” he says, and adds that he has a different calling:

“I have a humble hope of somehow being able to help others. Possibly by talking to relatives and helping them. Trade this piece of horror for some meaning. Not that it will ever become meaningful — but this is a new calling in life,” he says.

14 thoughts on “Kidnapped by the Syrian Jihad”