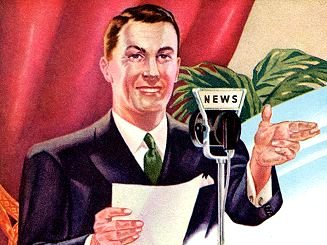 Have you noticed that whenever a person of the Islamic persuasion blows something up, or shoots people, or beheads someone, or gets caught with a trunkload of explosives, the first thing the federal authorities tell concerned American citizens is that the incident “has no connection with terrorism”?

Not partway through the investigation, mind you. Not after sifting mounds of forensic evidence. Not after long hours of interrogating suspects. But the first thing. Before the smell of cordite has dispersed from the scene. Before the blood on the sidewalk has dried. Before the strewn body parts have been collected and covered up.

When the Islamic nature of the bomber, shooter, or beheader becomes undeniable, the perpetrator is further described as a “lone wolf” who was “radicalized on the Internet”. He is never, ever part of a jihad network within the United States. Such things don’t actually exist, thanks to the eternal vigilance of our zealous law enforcement agents.

Our new Secretary of Homeland Security considers those “lone wolves” to be his most pressing concern. The Wall Street Journal reports :

In his first major speech, newly installed Department of Homeland Security Secretary Jeh Johnson said Friday that self-radicalized “lone wolves” are the terrorist threat that he’s most worried about.

Mr. Johnson’s assessment echoes that of other U.S. law enforcement officials, who have spoken recently about the risks from people who don’t attend overseas terrorist training camps but are sympathetic to the ideology of groups like al Qaeda.

“We risk going too far, we risk creating suspicion and fear among people about those that are different from them,” he said. “If you’re charged with thinking about homeland security, whether you’re me or the state homeland security adviser to the governor or the police commissioner, you can build walls, you can build something that is so secure that you make everybody paranoid and you deprive people of the basic privacy and freedoms that this country is all about. And we can’t do it.”

If the “lone wolf” designation becomes implausible, there’s always vandalism. Take the sniper attack on the Metcalf substation in California. It occurred last April, but the details weren’t revealed until just a few days ago: professional gunmen took down seventeen substation transformers in nineteen minutes. They disappeared from the scene just before the arrival of the police, leaving behind AK-47 shell casings with no fingerprints.

Yet the electric company referred to the incident as “vandalism”, and the FBI said it didn’t think a terrorist organization was responsible for the attack.

Those are some vandals, those Metcalf vandals.

No matter what happens, in any given incident there is never any terrorism involved. The authorities and the media repeatedly push that idea far past the limits of absurdity, as they did with the Boston Marathon bombers, despite all the evidence of their affiliations, their little vacation trips to the Caucasus, etc., etc.

The most extreme example of the genre so far is Major Nidal Hasan, the Killer Shrink of Fort Hood. His actions were designated a form of “workplace violence”. They had nothing to do with terrorism, not to mention Islam — notwithstanding the fact that he was a devotee and penpal of the late Anwar al-Awlaki.

When an incident becomes too problematic, evidence must be hidden, denied, or destroyed, as happened after
the New Year’s Day explosion and fire on Cedar Avenue South in Minneapolis. City officials issued the blatantly false assertion that a “gas leak” was the cause, and then immediately demolished the charred building in order to support the FBI’s statement that there was no connection with terrorism.

If nothing gets blown up and no one gets killed and no explosives or meat cleavers are involved, the possibility of any terrorism, Islamic or otherwise, is entirely discounted. A case in point is the young man who got himself stuck in an outlet pipe of a New Jersey water treatment plant in the wee hours of a January morning. The incident had a Mohammed Coefficient of 100%. The media were perplexed at why the fellow might have engaged in such strange behavior, but they left it at that. He was charged with trespassing, and then everyone lost interest.

The late-night intruders at the Quabbin Reservoir in Massachusetts were also exonerated of any terroristic doings — they were simply indulging in a little midnight sightseeing at a closed installation:

The FBI has cleared the seven people who were arrested for trespassing at Quabbin Reservoir in Massachusetts after midnight on Wednesday. According to a May 18 report on The Blaze, the seven college graduates from Pakistan, Saudi Arabia, and Singapore were cleared of links to terrorism.

It appears that the recent graduates were just visiting Quabbin at midnight as an educational visit because of their degrees in chemical engineering. The FBI says that these chemical engineers have nothing suspicious in their background, and they have been cleared of any links to terrorism.

With these blatant absurdities we have now moved into the realm of the Big Lie. If the feds say it often enough, and the media dutifully repeat it with a straight face, then eventually everyone believes it — or at least quits paying attention.

The granddaddy of all Big Lies appeared in the media last week after an Iranian grad student at Georgia Tech caught on fire when some bottles filled with gasoline and/or kerosene just happened to ignite in his apartment. The Atlanta Journal-Constitution has only the bare facts, but an accompanying TV news report from WSB-TV adds some interesting details:

The news announcer actually says: “Investigators do not believe a Georgia Tech student who caught himself on fire was trying to make a bomb.”

Oh, really? He had what you described as a “Molotov cocktail”, but he wasn’t trying to make a bomb? How do you figure that?

Does he store gasoline in bottles as a hobby?

How stupid does this newscaster think his listeners are?

One can imagine the conversation that took place when the police detective visited the victim in his hospital bed:

“Uh, Mr. Akhshabi, do you have any knowledge about how all those incendiary devices ended up in your living room?”

“Officer, my good friend Mahmoud asked me to hold onto those bottles for him. He said they contained zamzam water. I had no idea he was a violent extremist… Nurse! More morphine, please!”

The US really is becoming an Orwellian construct. For the second time in as many months, the DHS, (or is it the FBI?) is denying that the obvious cause of this fire is the cause at all before they can possibly know.

This goes beyond Orwellian into some new region of madness. Our credulity is strained and our intelligence insulted as manifest nonsense is being shoved down our throats — and we just keep on swallowing.

War is Peace. Freedom is Slavery. Ignorance is Strength.

These lone wolves have no connection with terrorism.

Everyone can just go back to sleep.