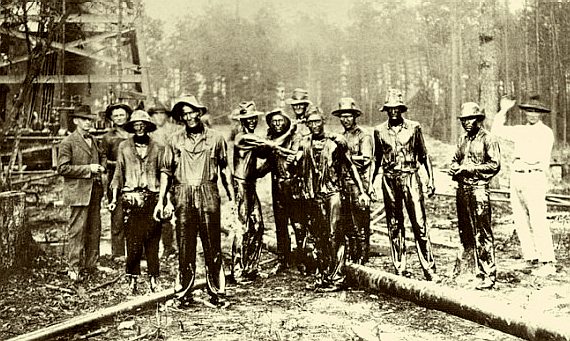 Dymphna and I have taken a wide assortment of jobs over the decades, but nothing as unusual as this one.

One of the job requirements for this position is that we strap on our hiking boots once every quarter and set off on a Wanderwoche through a single theme while asking our readers to help keep this blog afloat. This week’s theme, as you can see, is “odd jobs”, and my current occupation is the oddest of them all. I didn’t plan on spending my sunset years as an itinerant Islamophobe. I just kind of fell into it.

As I warned you back in December, we’re going to have to push extra hard during this fundraiser, because our new higher profile has made this blog a more costly enterprise than it was a few months ago. We came under DoS attack at least twice, and lengthy outages forced us to move up to a more robust type of hosting. The new service, plus the attendant technical help on tasks that lie outside my range of skills, have added significantly to the cost of running this enterprise.

They say that when you start taking fire, you’re over the target, so we must be doing something right. It’s difficult to pinpoint which of our recent activities has drawn such unwelcome attention, but it almost certainly must be one or more of the following four:

1. The controversy over Diana West and American Betrayal

Standing up for Diana West not something that I would have expected to draw enemy fire. Yet the conclusions she draws in her book — that the Communist penetration of the Roosevelt administration was more extensive than is generally believed, went all the way to the top, and has deformed the American government to this day — have prompted vigorous, vicious, concentrated resistance. The well-funded effort to silence her suggests that Planet X might also be willing to sponsor cyber-attacks against her defenders. For a time Gates of Vienna was the most prominent venue to push back against Planet X, so it may be that some of our expensive difficulties are due to the position we took on Ms. West’s behalf.

Back in November and December we had the privilege of hosting two original pieces by Geert Wilders: his redesign of the Saudi flag, and an open letter to Pope Francis. Each piece generated a “Rosetta Stone” translation initiative, and each caused an unprecedented level of traffic for a week or so after the initial post.

It’s well-known that Geert Wilders is one of the top targets for both the European Left and the Muslim Brotherhood, so it’s conceivable that the outages Gates of Vienna went through back then were at least partially brought on by malicious attacks aimed at Mr. Wilders.

3. The New Year’s Day explosion and fire on Cedar Avenue in Minneapolis

The cover-up of the cause of the Cedar-Riverside explosion and fire on January 1 points to official malfeasance at the highest levels of state and federal governments. The mainstream media, foregoing even the semblance of any investigative reporting, dumped the story into the oubliette of history as soon as the building had been knocked down. Gates of Vienna is one of the few sites investigating the incident, and it may be the most prominent one. If you’ve been following the most recent articles about the al-Shabaab connection, you can see which way the signs are pointing. It’s quite possible that whoever is so keen on covering up what happened on Cedar Avenue on New Year’s Day might attempt to muffle any investigation of the real story by bringing down the websites looking into it.

Gates of Vienna broke the full text of the “political” portion of the letter that the mass murderer Anders Behring Breivik sent to various media outlets. What should have been a sensational story — that the Butcher of Utøya deliberately misled the media and the Norwegian authorities about his affinity for the Counterjihad — was utterly ignored by every outlet that received the letter, with the exception of the left-wing Swedish think tank Expo.

It’s easy to understand why the Scandinavian media would want to bury the contents of that letter. They have generated billions of bytes of news articles and analysis on how Mr. Breivik was “mentored” by anti-Islamic writers such as Fjordman and Robert Spencer. Publishing companies have invested millions of kroner, euros, and dollars putting out books about the supposed dangers of Counterjihad ideology, all based on the murderous behavior of Anders Behring Breivik. Citing the 22-7 massacre as a wake-up call, legislators and government ministers — not just in Scandinavia, but throughout Western Europe — have been studying policy proposals and designing legislation to curb “racist”, “xenophobic”, and “Islamophobic” speech.

We managed to obtain and publish the full text of Mr. Breivik’s real opinions on the Counterjihad. If the revelations in this text were ever to gain wide currency, it could bring down the entire house of cards. Public officials and the media would be forced to find another murderous “right-wing extremist” to justify their crackdown on people who oppose mass immigration and Islamization.

The government in at least one of in these countries funds a quasi-independent hard-left organization that acts as an unofficial intelligence agency and brown-shirt outfit for the state. Among other things, this organization has employed (or contracted with) hackers and cyber-criminals to obtain personal and financial data on the elites’ political enemies. The same outfit could well have been put to work attempting to suppress an annoying website that scuppered the best-laid plans of the political establishment.

The Breivik letter seems the most likely cause of the unpleasant attention directed at Gates of Vienna over the past couple of months. However, it’s also possible that some combination of these four reasons has been responsible, in a kind of nefarious synergy.

In any case, we have been hit, and we had to pay to put our ship into dry dock and then refloat it. That’s why we urgently need our readers’ help.

The increased cost of hosting for this blog is only one factor in our current financial crisis. We’re also in hard times for other reasons — the absurdly cold winter, car problems, my travel to D.C. to brief a congressional representative, the cost of my eye treatments, etc. — so the new blogging costs were just the final straw.

Dymphna and I have been able to continue doing this job for more than four years, thanks to quarterly fundraisers and the generosity of our readers. Unfortunately, our efforts don’t quite break even. I supplement what we raise here with whatever contract work I can find as a programmer or an editor, but every quarter gets a little leaner than the one before.

This living hand-to-mouth is actually a familiar situation for us. When I was twenty-two years old I decided that I didn’t want a career track; I wanted to paint pictures. For the next twenty-five years I eked out an existence by taking whatever part-time work I could find in order to keep painting. Dymphna signed on with me knowing full well what I was up to. From then on she did whatever she could to help me keep going.

My eyes went bad from all that, and I can’t paint anymore. Yet here we are, all these years later, living in a similar fashion. It’s still not a career, and it still doesn’t pay for itself.

But it’s a job that’s well worth doing.

Dymphna and I will be endeavoring to entertain you all over the next few days by regaling you with the odd jobs — some of them very odd — that kept us going over the years.

In the meantime, if you could make that tip cup ring with a doubloon or two, we both would be immensely grateful.