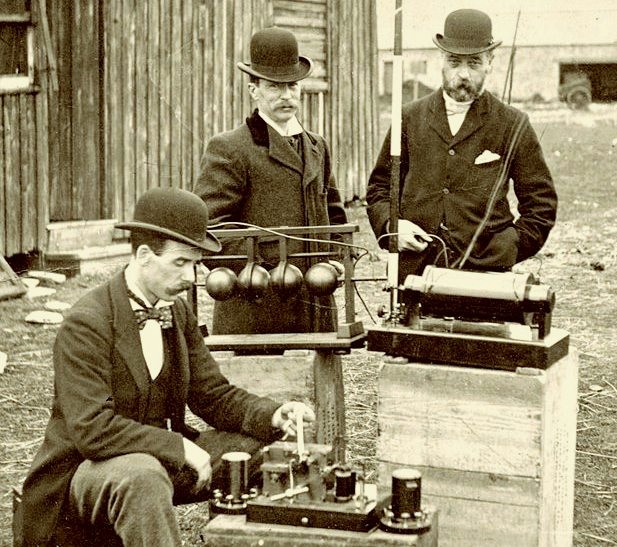 Our focus during this week’s fundraiser is on “odd jobs”: how Dymphna and I came to take this particular odd job, and all the other odd jobs we’ve had to take over the years to keep going.

The unusual thing about this particular job is its distributed paymasters. We don’t have one boss; we have hundreds of them. By holding these quarterly blegs, we’ve crowdsourced our income — a most peculiar situation. That’s what makes this the oddest job of all.

The crowdfunding process gets a bit tricky when we need a raise, which is the position we find ourselves in this quarter. As I mentioned on Monday morning, the costs of keeping this blog going rose substantially after DoS attacks and increased traffic forced us into a more robust type of hosting. This is a not unexpected consequence of prominent Counterjihad activism, but still, it makes for a financially anxious lifestyle.

The first two days of the fundraiser are evidence that our readers paid attention to our need for a raise. The response has been swift and generous, and we are grateful to all of you, the issuers of our paychecks.

As I mentioned in the first post of this series, by the time I left college I had decided to become an artist. I tried it for a year after I graduated, and failed miserably. Not at painting — I painted some pretty good pictures during those months — but at making enough money to stay alive. I remember buying A&P Tudor Premium beer at $2 a sixpack; that’s how desperate I was. I used to say that after the first two or three, you didn’t care how it tasted.

So the following summer I moved back in with my parents and got a job. Two of them, actually: driving a taxi (during the daytime) and working as a sales clerk in a tuxedo rental store (in the evenings). Those jobs were a temporary holding pattern until I landed a position in my field of expertise, which was mathematics. That fall I took a job as a mathematician/programmer at the VA hospital in Washington D.C.

I’d only had a two-hour course in computer programming when I was in college, but that was enough to get me the job. Those were the early days of the computer boom, and the demand for programmers was fierce. A bachelor’s degree in Math and a working knowledge of FORTRAN was all that was needed to find a good job in the field.

I spent the next five years programming in FORTRAN on CDC and IBM mainframes, changing jobs halfway through to move into the private sector and take a position as a systems analyst downtown on Lobbyists’ Row. But I never intended to make a career of it; I was just marking time until I could get back out into the sunshine and start painting again.

When I saved up enough money I quit my job, abandoned the glitzy life, and moved as far away from D.C. as I could get. I wound up in Central Virginia because this area has the lowest cost of living — and hence the cheapest rents — in the state. I was able to rent an entire two-bedroom house for $95 a month. Well, it was kind of two-bedroom — one of those rooms was really just for the space heater in back. But the house had indoor plumbing, a woodstove, and a tin roof. What more could a starving artist want?

I was hoping to last five years, if I was lucky. I managed twenty-five. All those years were good ones, and I’d make the same choice again if I had it to do over.

A year after I moved to the country I met Dymphna, and she moved down here when we got married. We still live in the same house all these years later — although it has been greatly augmented in the interim: we bought it from our landlord and slowly fixed it up over the years. After the future Baron was born, we converted the back porch into another bedroom. Some years later, when Dymphna’s mother became terminally ill with Parkinson’s disease, we had a two-story addition built onto the back so that she could live comfortably in the downstairs, while the fB moved into the huge upstairs room. That’s the same room I’m typing these words in right now — an incredibly cluttered office-cum-attic.

A lot of other stuff happened, too, during those years. But all those stories will have to wait.

I never really quit programming, not for any length of time. In the early ’80s I moved into microcomputers, starting with the Kaypro and the Osborne I, then later the IBM XT and AT, and eventually all the various “clones” that became the PC universe. My primary language was BASIC, beginning with MBASIC on that Osborne (and a little Atari Basic, when building entertainment apps for the fB).

Interpreted Basic gave way to a compiled version of Basic called QuickBASIC, a Microsoft product from before Windows was launched. Later, under Windows, there was Visual Basic, and then VBA for MSOffice applications, along with SQL, SQL Server, HTML, XML, and various other odds and ends of programming arcana. I was laid off in 2006 just before the office converted to .NET, so I never picked up the next level in the sequence.

Programming jobs were what paid well, and they made a lot of difference during the hard times. We had seven fat years when I worked full-time in a senior analyst position, but the other twenty-some have been pretty lean, generally speaking.

It was in those lean years that I took the most interesting and bizarre jobs — in addition to contract programming, of course — in order to get by. I’ll describe some of those in future posts.

On the second day of this week’s fundraiser, our very generous donors chipped in from the following places:

Our deepest gratitude goes out to all of you for stepping up when we most needed it.

11 thoughts on “Getting With the Program”