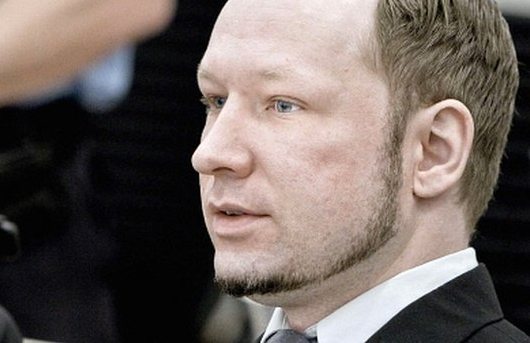 Last month we published a letter written to the media by Anders Behring Breivik from his prison suite in Norway. In it Mr. Breivik repudiated any support for the Counterjihad. He confessed that his apparent affiliation with it, as expressed in his “manifesto”, was actually a ruse designed to distract the authorities and the media from his real ideology — neo-Nazi racial hygiene — and send them haring after Fjordman, Robert Spencer, Bat Ye’or, et al.

As we all know, the little trick played on us by the Butcher of Utøya was quite successful. The media hounded Fjordman into exile and cost an undetermined number of peaceful Counterjihad activists their jobs (besides Fjordman in Norway, at least three people of my acquaintance in Britain were sacked after Breivik’s massacre caused the newspapers to “out” them).

The significance of Mr. Breivik’s letter was such that it needed to be translated into German so it could reach a wider audience. In a herculean effort JLH translated the entire text of the letter, plus my accompanying post, and the result has been published at Politically Incorrect.

Readers who read German may want to drop by PI and see the result. JLH deserves our gratitude for accomplishing this most difficult task.

5 thoughts on “Breivik’s Letter to the Media in German”