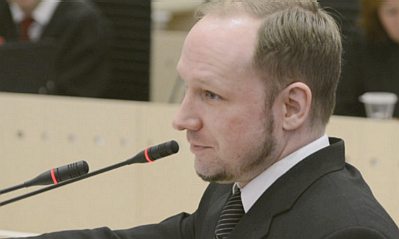 After reading Anders Behring Breivik’s letter to the media, our Swedish correspondent Styrbjörn sends some thoughts about the killer’s ideology and the actions of the mainstream media:

The entire letter tells us who Anders Behring Breivik is — a classical Nazi (he calls himself a “nordicist”). He refers to persons such as Tore Tvedt, Varg Vikernes, Erik Blücher and Nicolay Kvisler. Check them out on Google. Nice fellows.

The interesting part of the letter begins on page 3, “When dealing with media psychopaths,…….” and includes the next two paragraphs. But first a background story:

In the 1990s, one of my very good friends in Copenhagen was Torben Bo Jansen, leader of “Center for Udviklingsteknologi” — something like the Institute of Developing Technology. Torben was one of the sharpest brains I’ve ever met (The EU killed him, but that’s another story).

Among many, many other things, Torben wrote about the “Evasion of Responsibility” that was spreading like a cancer in the society. The issue is: Identify the true merchandise!

The real merchandise of today’s MSM is dezinformatsiya (disinformation) and taking every opportunity for beginning a witch-hunt as soon as they can detect the smell of blood. Especially regarding the witch-hunting — the market among “average” people is huge. I’m inclined to agree with ABB’s use of the word “rape”. Purposeful rape.

ABB understood this, which gave him the sovereign ability to manipulate the media.

The MSM will never give an apology to Fjordman or anyone else they have witch-hunted and whose lives they have destroyed. They have only been delivering their goods.

But they won’t like it if somebody shines a light on their real product. That might be the reason for their almost complete silence in this case.

8 thoughts on “The Breivik Ideology and Media Disinformation”