Our Norwegian correspondent The Observer returns with an astute analysis of Breivik’s letter and the political corner into which the Norwegian elites have painted themselves. 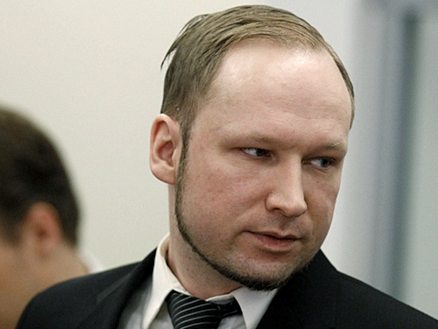 Between the glacier and the fjord
by The Observer

The latest letter from Anders Behring Breivik is significant for some very apparent reasons, but also for some reasons which are less obvious.

If we look at it in a rational and logical manner we soon realize that the authorities in Norway have been delivered a very decisive blow which it is almost impossible to recover from gracefully. That’s also why the state-sponsored media in Norway have decided not to write about the ‘accursed’ letter, because it would completely pull the carpet from under their own legs. It is of course also somewhat of a redress for Fjordman and everybody else who was hounded by the elites in Norway in the time after the 22/7 terrorist attacks. I guess better late than never…

In my opinion this letter is important irrespective of Breivik’s state of mental health. As a matter of fact, Breivik’s mental state is completely irrelevant. It doesn’t matter whether he is certifiably nuts or whether he is of sound mind in the criminal sense of the word.

As a matter of fact, Breivik’s alleged sane mental health has been the premise of the entire case. Thus it is reasonable, if we are to apply the logic of the Norwegian elites, that the contents of this latest letter have been written by a person who is sane and who is telling the truth, and consequently it should be treated as such.

In the letter Breivik writes that he deceptively pretended to be ideologically influenced by counterjihadists in order to initiate a witch-hunt against those who adhere to this particular political ideology. The elites in Norway should take this claim as a truthful claim, just as they have done with almost every other claim made by Breivik.

I don’t think it’s an exaggeration to suggest that most people understand that if Breivik had been found criminally insane then the arguments made against his so-called ‘ideological mentors’ for their perceived culpability in his crimes would have been invalidated and rendered useless. The notion of rationality implies sanity, and consequently no one can be held accountable for the actions of an irrational and insane person. In order to rationalize the hatred spewed at Breivik’s ‘mentors’, Breivik himself had to be found to be of a sound mind, at least in the criminal sense of the word.

In essence, Breivik’s alleged sanity was a prerequisite for everything that transpired in Norway, before, during and after the trial. So worried were the cultural and political elites in Norway about maintaining this perception that they were able to force the court to disregard the first psychiatric report which found Breivik to be criminally insane, and get the court to order a second psychiatric evaluation, which, lo and behold, supported their highly biased claim of sanity.

Even people with below-average cognitive abilities should have no difficulty grasping that if the elites in Norway — who so vociferously and aggressively suggested that Breivik was sane before and during the trial, and who have kept on defending this view up until this day —were somehow now to do a complete U-turn and assert that Breivik is in fact insane, based solely on the content of this latest letter, and argue that it is simply the ravings of a madman, they would in effect be admitting that the conviction of Breivik was unlawful according to Norwegian law (people who are criminally insane can’t be sent to prison).

Furthermore they would have to admit that the trial and most of the editorials and news articles written during the case were all part of a vicious political campaign aimed at smearing and politically ostracizing ideological opponents. Last but not least, they would have to admit that they had no qualms about unscrupulously exploiting a tragedy which cost the lives of 77 people, and — here comes the crunch — that they did so exclusively for self-serving political purposes.

As far as Catch-22s go, it doesn’t get much more inconvenient than that. The cultural and political elite have managed to publicly hog-tie themselves with ropes that they are now completely incapable of extricating themselves from.

Another thing worth shedding some more light on is why the elites so desperately wanted to get a criminal conviction and to have Breivik incarcerated in a nice cosy Norwegian prison. The simple truth is that they wanted to use him politically for as long as possible, in order to justify their own political agenda. They supplied him with a PC so he could continue writing his diatribes and making his grandiose statements, which would incriminate his supposed fellow counterjihadists. Then the politically correct newspapers could print excerpts from his letters on a regular basis and keep its readership up to date in order to keep the image of the ‘abominable counterjihadi bogeyman’ alive, and to keep the other counterjihadist in Norway under their thumbs.

The elites wouldn’t have been able to facilitate such a deal if Breivik had been locked up in a closed psychiatric ward, and consequently they decided to lock him up in prison and supply him with all the means to continue his writings. They wanted to maximize the political gift that they had been delivered for all it was worth. They wanted a political trump card that was so powerful that they could get away with just about anything.

Attributing Breivik’s actions to counterjihadists, a political group that the elites detest with a passion, would make counterjihadists entirely unpalatable in the eyes of the public, and any views espoused by them would be utterly and completely beyond the pale. And that was the objective from the get-go, and which the elites succeeded in achieving with such apparent ease.

This latest letter completely shatters these insidious claims made by the elites, which undeniably means that they were incorrect. It is therefore not unreasonable to ask what the elites are going to do to rectify their mistakes.

Breivik himself played along and seemingly danced to their tune. During the trial he gave them what they wanted, and they in turn congratulated and patted themselves on their backs and thought that everything was going according to the score. But now it turns out that Breivik was the one composing the music, and that he played the cultural and political elites in Norway like a musical virtuoso plays a violin. 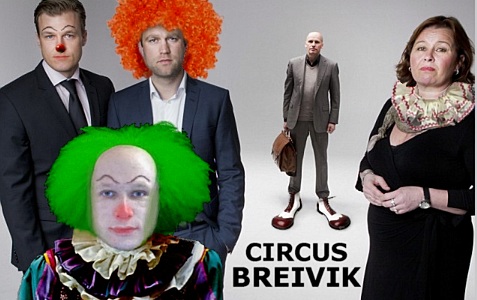 Breivik fed them with one lie after the other and they all fell for it. The term Circus Breivik was indeed an apt description for what took place in Norway at the time. Now Breivik has finally admitted that he manipulated them with the greatest of ease. He is brazenly flipping them a virtual bird in the form of a letter, which was almost certainly composed on a typewriter/PC that the authorities supplied him with, from the relative comfort of his cosy prison cell — which, by the way, he was put in for dancing to their tune.

The authorities’ hands are now tied, and they simply can’t turn around and punish him for not sticking to the script anymore. That would make them look even pettier than they actually are.

I guess it has now finally dawned upon the elites that employing a strategy insisting that it is absolutely essential that B, C and D follow A sometimes has unintended and grave consequences. The only honourable thing for them to do now is to apologize to all the people that they have demonized and defamed in the media, not because they respect their political views or hold their opinions in high regard, but because it’s the only honourable thing to do.

When decent people are wrong and mistreat others based on inaccurate assumptions and information, decent people apologize and ask for forgiveness. The elites eagerly accepted Breivik’s claims during the trial. They eagerly accepted the information presented in his compendium and used it deliberately to tarnish political opponents, thus they have to accept the claims made by Breivik in this latest letter, and sincerely apologize to all those people whose lives they destroyed with their incorrect accusations and slander. They know very well who those people are, and how to contact them.

Anyway, that is enough ranting from me. Hopefully some of the newspapers in Norway will pick up on this story, although I seriously doubt it. But, then again, you never know.

2 thoughts on “Between the Glacier and the Fjord”