Below is an interview with the Dutch author Leon de Winter from the Swiss German-language newspaper Tagesanzeiger. Many thanks to JLH for the translation.

First, a bio of the interview subject:

Leon de Winter, a bestselling author, grew up as the son of Orthodox Jews in Holland. He studied at film schools in Munich and Amsterdam, but became known as a novelist. His latest work, “A Good Heart,” was published by Diogenes in 2013. He takes part regularly in political debate and has often dealt critically with Islam. He lives near Amsterdam. 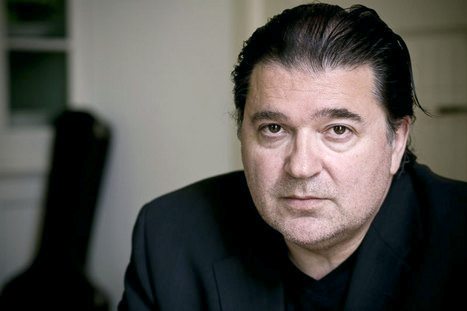 Tagesanzeiger Series: What will 2014 bring?

Mr. de Winter, Switzerland will be voting in February on whether to take the direction of immigration into its own hands again and institute quotas. It would be de facto the end of the free movement of people with the EU. What do you think of that?

I have never liked the idea of limiting the autonomy of nations. We have not yet reached that point. After many centuries of bloody conflict, we are still getting used to each other. Borders are not superfluous. They have a function. If you travel from Switzerland to France, Holland to Belgium or Germany to Poland, you notice right away that you are entering another world. The houses look different. The people shop differently Believing that these differences could be encompassed in a bureaucratic framework is an illusion.

Yes, because there is no European unity. Perhaps we are on the way to it. But we are not there yet. And unity cannot be commanded. Europe need far more time for getting used to one another. The union could have been developed slowly and organically. But the time was not allowed.

The next referendum on this subject may follow as early as this Fall — on whether free movement of persons should be extended to include the new EU member, Croatia. The EU would take a No as a provocation. As a citizen of an EU state, what would you advise? Is it wise to tangle with the EU?

In the short term, of course, it is easier to go along and not be contentious. On the other hand, imagine if the EU disciplined Switzerland out of consideration for Croatia. That would be stupid. And on top of that, if the bureaucrats of the EU took a good look, they would see the problems that free travel of persons causes. Holland is one of the preferred immigration countries for Romanians. What I am saying is naturally not politically correct, but it is the reality. There is more criminality; there are more beggars. There is one of them playing an accordion on every street corner in Amsterdam. He learns one tune by heart and plays it all day long. Is this European progress? Naturally we should support the Romanians. But I do not believe we are integrating them into Western European society by allowing them to play the accordion in Amsterdam.

For a long time, criticism of immigration was the playing field of the political Right. But now this subject has moved into the political and social Middle. What has happened?

Reality has happened. And that is always a problem for politicians. There are such things as ordinary facts. And these are not invisible to the people. Many generations have worked very hard to build the basis of our present state. The welfare state is a lovely model, but it is not compatible with the model of an immigration state. The immigration state that wants to simultaneously be a welfare state will have problems. We have them in West Europe, because we have been making mistakes since the 1960s. We thought we could combine the two models. Naturally we needed workers — people who waded right in. But we don’t like to talk about the results — that these workers then made demands on the welfare state.

It is understandable that immigrants who work by our side want to profit from our social accomplishments.

Of course, and it is human and understandable that people want to profit as much as possible and will try to get the maximum of social welfare with a minimum of effort. But it is also human and understandable that indigenous populations are not happy that more and more people — who have done comparatively little to finance it — are attached to the umbilical of the welfare state.

That sounds as if immigrants are driven exclusively by an attraction to the welfare state.

I am not saying that, I am just saying that the immigration state and the welfare state, by their natures, are not compatible. In addition, there is an aspect that diverts us a bit from the movement of persons in Europe, i.e., a considerable number of immigrants to Holland are from Morocco. Educationally, most of them may have some training in farming or small retail, but nothing more. Whereas, they have a strong cultural imprint.

What is so bad about that?

Why are the freest societies found in North America, Europe and Australia? Why do poverty and illiteracy predominate in the countries the immigrants come from — North Africa, parts of Turkey? Why does the entire array of countries from Egypt to Pakistan constitute an uninterrupted chain of bondage? That is no coincidence. We should talk about that. It has nothing to do with race. Any discussion of race is nonsense. It is about cultural and religious aspects. We in Europe could only develop after we had freed ourselves from oppression by the Church. This liberation must also happen in the Islamic world. We must support our Muslim fellow citizens. But we can only do that if we speak clearly and unmistakably about this subject.

Leon de Winter is a successful contemporary author. His orientation is to the right. What seems impossible here at home is no longer a surprise to anyone in Holland. The immigration debate has been so intense for years that the political coordinates have been displaced. And in the meantime, the Left too has encountered the consequences of immigration with skepticism.

Switzerland is presently experiencing a similar displacement. Recent years have been shaped by an unrestricted opening policy. After the 1992 shock of saying No to the EEA (European Economic Area), all of the referenda led to bi-lateral treaties. The Federal Council and the economy promised abundance and prosperity — and masked the side effects.

In fact, however, the attraction of the Swiss job market is greater than expected. Far more people are coming, and not only qualified workers. There are also poorly trained individuals who work for below-par wages. When Leon de Winter says: “For a long time, we have avoided the unpleasant questions,” that is also true of Switzerland.

Right now, nationalistic, ecological and trades union reservations against immigration are accumulating. That bodes no good in the upcoming referendum on restricting immigration. No one knows how Brussels will react if Switzerland ceases to abide by the bi-lateral treaties. It is playing with fire.

The referendum can only be won if the Federal Council and the center-left majority in the parliament cease to whitewash the side effects of immigration… and come up with ideas for a long-term immigration policy. A net immigration of 80,000 persons per year will not be permanently acceptable to the majority of people. So 2014 will be a fateful year for Switzerland. Either it will succeed in uniting a basically free immigration model with the justifiable demands of a long-term immigration strategy. Or great adversity looms. There is not much time.

15 thoughts on “Avoiding the Unpleasant Questions”