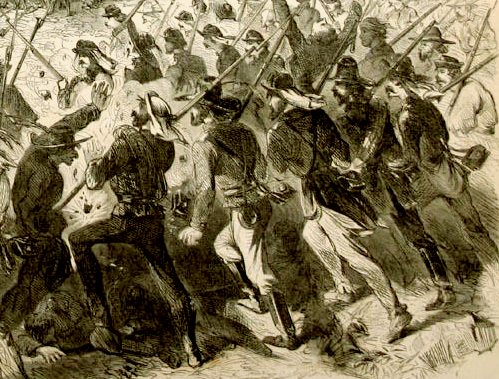 As mentioned here previously, Gates of Vienna experienced technical difficulties a few days ago. Readers may have received errors when loading pages, and especially when attempting to comment.

The cause of the problem was eventually determined to be a low-level DoS (Denial of Service) attack, which went on for a couple of days. It was relatively ineffective, and our site remained up the entire time, with only some minor inconveniences (although would-be commenters may have felt otherwise). It absorbed quite a bit of my administrative time, which led to lighter posting, but other than that it had no great impact on Gates of Vienna.

According to the old adage, “when you’re taking fire, you must be over the target”. So we must be doing something right.

The proximate cause of the attack was probably our posting of the full text of the “ideological” portion of Anders Behring Breivik’s letter, which was otherwise unavailable. Numerous mass media outlets had received it, and some had published quotes from the non-ideological part, but none had released the entire text. It may be that someone, somewhere was so unhappy enough about what happened that they funded a cyber-attack against Gates of Vienna.

In any case, the incident has forced us to ponder our long-term prospects. If the attacks get more intense and more frequent, we may have to move up to a more expensive hosting option.

If that happens, you’ll hear about it: we’ll be pounding on you that much harder when the next fundraiser rolls around.

7 thoughts on “A Minor Skirmish”