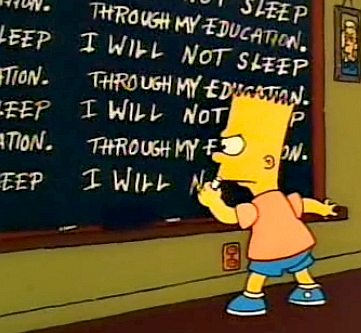 Below is a brief excerpt from an article by Thomas Paulitz, published on December 7 by Junge Freiheit and translated by JLH. The translator includes this introductory note:

This is the beginning of an article on the attempt to “reform” spelling in Germany. The damage caused by people who have an agenda but no intelligence interfering in what was once a working system reminds me of the havoc being wrought by multiculti Common Core thinking.

Learning to spell in spite of school

When Brandenburg CDU representative Henryk Wichmann received these phrases from his daughter, it dawned on him that something is wrong with the teaching of spelling in our state. In many elementary schools, children first learn with the help of “sound tablets” to “write what they hear.” Thanks to the pedagogical improvement industry. So in September Wichmann queried the state government. Which found nothing to complain about.

How bad does it have to be in our educational system, if parents are looking for a way to take their children out of the public school system? For decades, the ministries of culture have given in to pressure from interest groups…

JLH reports that the rest of the article is an examination of the silliness of German orthographical reform, and is probably of little interest to anyone whose native language is not German.

A further note: as far as I know, homeschooling is against the law in Germany. So for families of modest means, there is no alternative except to deliver their children to the public school system, where young minds are wiped and imprinted with Multicultural indoctrination.

The Obama administration intends to force similar rules upon the USA, if it has its way. The entire Western world will fall into the same pit unless ordinary people wake up and resist en masse.

The few remaining children we produce will be turned into mindless drones addicted to hand-held electronic devices and preoccupied with narcissistic self-gratification.

But none of them will be racists or homophobes! We can at least console ourselves with that knowledge as the curtain of darkness descends upon us.

7 thoughts on “The Pedagogical Improvement Industry”