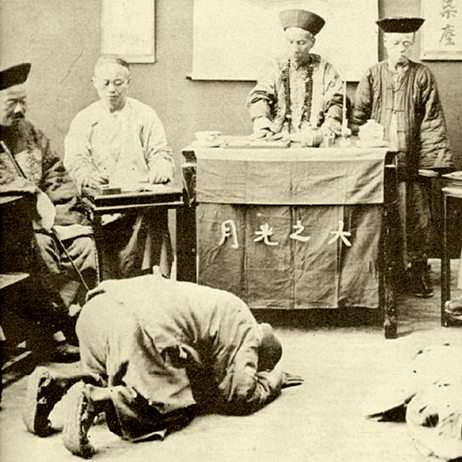 In last Sunday’s post about the “barroom brawl” I wondered whether Andrew McCarthy’s kid-glove treatment of the fracas over Diana West — in particular his omission of any mention of David Horowitz in his account of the affray — would assuage the ire of the powerful conservatives who decided to “take down” Ms. West.

Well, wonder no longer. As expected, Mr. McCarthy’s reticence failed to protect him. Conrad Black has delivered a firm warning to the former prosecutor today in a column at NRO, “The Right’s Schism on History”.

Mind you, his tone in this tract is much more civil than previously, probably because he is addressing his friend rather than chastising a non-“house-trained” “right-wing loopy” who dared to differ with his own view of history by writing a “farrago of lies” in her “jejune dementedness”.

Below are excerpts from Mr. Black’s admonitory treatise:

This is not a return to Diana West’s book. However, Andy McCarthy, a man for whom I have very great respect and whom I like very much, has written a review of it in The New Criterion that, because of its revisionist presentation of a number of historical events, is among the most discouraging political documents I have read in many years. Mr. McCarthy, a former prosecutor and distinguished and perceptive writer of the sensible Right, has frequently inspired me by his writing, and when I met him, at a difficult time in my own former travails, by his conversation also. I confidently turned to his review of Ms. West’s America Betrayed [sic], which readers of this column will find it hard to forget after the robust knockabout the book received here and in her reply to me. The rigor of the review and its application to the book are matters I will address in a letter to The New Criterion, which the editor of that publication graciously invited, as I am mentioned, quite unexceptionably, in the review.

What seriously depresses me are three positions taken in the review. First is Andy McCarthy’s view that the scandalous, cowardly refusal of the mainstream elite of American culture and politics to recognize that America’s Islamist enemies are enemies can be traced to Soviet infiltration of the U.S. government in World War II. It is a fact that alarms and disgusts all of us in this debate, including Ms. West and her more vocal (than I am) critics, but I do not agree about the source of the problem. Second is Andy’s qualified accommodation, as worthy of reasonable consideration, of the claims by Ms. West that Lend-Lease was at least in significant part a mistaken reinforcement of Stalinist totalitarianism to the ultimate detriment of the West; that the Normandy invasion served Stalin’s purposes and enhanced his penetration of Western Europe; that Franklin D. Roosevelt was more or less ambivalent about the comparative virtues of Stalinist Communism and Western democracy (though he acknowledges that FDR disapproved of the barbarism of Stalin’s rule); that the Yalta agreement “gave” Stalin half of Europe; and that the Roosevelt and Truman administrations were so significantly influenced in a pro-Soviet direction by Soviet agents and such arch-sympathizers that the distinction between an agent and a sympathizer was academic in the United States. And third, I am distressed by Andy McCarthy’s partial defense of Joseph R. McCarthy and his conclusion that the smear of McCarthy enabled Communism and anti-American reflexes to flourish in the United States through all the intervening years and are responsible for the inadequate general response to the Islamist threat that, I repeat, all the participants in this very heated and prolonged exchange revile in almost equally emphatic strictures.

A schism as profound as this controversy has now become will splinter the Right and render it incapable of united action, and perpetuate the precise condition that Andy decries and mistakenly lays at the door of Soviet wartime infiltration, both directly and through sympathizers. The process of fragmenting the Right, in this now notorious instance, began with Ms. West’s frequently, though not entirely, outrageous book, but for a writer of the stature of Andy McCarthy to take the positions mentioned above, and for The New Criterion to lend the exposition of those opinions the mantle of its earned prestige, is, and to say the least, very worrisome.

…If Diana West and Andy McCarthy and their facilitators split the intellectual Right with a revival of the Yalta Myth and its accompanying defamations, they will push the governance of America into the lap of the soft left-center, the sodden, hopeless lumpenbourgeoisie that will sink and take the country with them into the arms of an unkind Morpheus, nodding before CNN and eating Twinkies.

There is much more to Mr. Black’s essay, and readers may be particularly interested in what he has to say to correct the historical record concerning FDR’s alleged affinity for communism, and to lay the “Yalta Myth” to rest.

To my dismay Mr. McCarthy dropped immediately into a full kowtow before Mr. Black. What can one say about this sudden plunge in altitude? It is embarrassing in the extreme to watch an old scrapper crawl. I had hoped Mr. McCarthy’s Irish heritage might prevail, but it would appear that self-preservation won out:

Re: The Right’s Schism on History

I have the highest regard for Conrad Black and I’m humbled by the kind words he offers in his weekly column. I also have some substantive disagreements (and, perhaps, some narrowing of what makes for less disagreement than meets the eye), which I will explain in a separate posting. For now, suffice it to say that Conrad’s column is characteristically thoughtful and addresses important concerns about getting history right. No one can sensibly disagree that doing so is vital to how we navigate the future. [emphasis added]

“No one can sensibly disagree”: if this is his final word on the “brawl”, then Diana West has been most emphatically thrown under the McCarthy bus. Or, to be more accurate, Mr. McCarthy has chosen to board the bus that has been driving back and forth over Ms. West’s prostrate form for the past several months.

One more thing: “No one can sensibly disagree” that Planet X is out there somewhere in the starry void, exerting its gravitational influence upon even the largest planetary bodies of the conservative solar system.

23 thoughts on “The Full Kowtow”