Takuan Seiyo has written a response to Geert Wilders after reading the PVV leader’s open letter to Pope Francis. 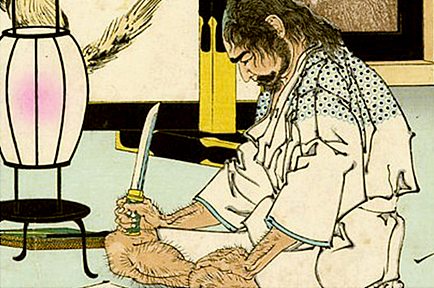 Bravo! I am a supporter and admirer. I do not “get” at all your White critics and persecutors, except those who are Socialists and pursue a not-so-secret strategy of destroying the West via the Cultural Marxist prescription of, as British Labor has admitted, “rubbing their face in it.”

But you have not gone far enough either in your criticism of this “Liberation Catholic” Pope nor in your own positions relative to Muslim presence in the Netherlands, in Europe and in the West. I will help you with the former; the latter would be redundant as your country is too far gone for you to state the truth openly. You have already been punished enough just for stating the half-truth.

It needs to be said, however, that your going on about Islam, the Koran and all that is like a discourse about the volatility and flammability of paint solvent, without touching on the issues of who has placed this large, open container of it so close to the stove, why, and what needs to be done about that.

The Koran is not the problem, no matter how vile its content. The Koran existed in the same form in 1813, 1913, 1953 etc, yet there was no problem. The problem had ended in the years 1683-1715 through the application of brutal force. There was no problem because there were hardly any Muslims living in the West, and the West was strong, not engaged in the constant mea culpa, self-torture and scraping of old wounds that opportunistic pathogens, the Ummah chief among them, have now so skillfully utilized to their advantage.

The Pope’s statement you address is therefore colossally deluded even beyond the false apprehension of Islam that you have so skillfully skewered. The lines in Evangelii Gaudium about Christian persecutions of the Jews are of central importance here, for Europe’s hara-kiri now is in unacknowledged self-punishment for the mistreatment of Europe’s Jews in the past. But just as the Christian persecutions of Jews were vile madness, and Hitler’s industrial abattoir another, greater madness, so is our self-eviscerating expiation now, reflected in the Pope’s super-ecumenical pabulum.

All this reflects a strange binary syndrome wherein our collective consciousness and history swing like a pendulum always from one extreme pole to the other, never able to contain the amplitude within a homeostatic zone of salutary equilibrium. This is how I described the syndrome in an article for The Brussels Journal in 2007:

“Unlike the Confucians, Daoists or Zenists, we are a cultural species apparently unable to internalize and act on any reality but that which we construe at either of the far ends of the arc of the pendulum. We go from Hitler to our self-inflicted Hitler’s revenge; from vile, racially targeted, industrial-scale mass murder to masochistic, self-erasing impotence; from scientific racism to nonscientific anti-racism; from ein volk to ‘celebrating diversity.’”

Frank admission of early madness is a precondition for recognizing that what we are doing now is the antipole madness. Pope Francis has laudably recognized the former, without evincing any consciousness that he himself is an important agent in the current mirror-image lunacy.

The seppuku-by-thirdworlder-immigration, particularly Muslim immigration, and even more so the deep lying about it, are a prima facie civilizational psychosis, a suicide to atone for a homicide — of Jews. The mysterious Spanish writer Sebastián Vivar Rodríguez expressed this well in his poetic lament “Europa murió en Auschwitz” (reposted here). I did so differently, in an article for The Brussels Journal that discussed the negative impact of immigration on Switzerland:

“It has not been explained how admitting to Switzerland over 300 thousand mostly primitive and Jew-hating Muslims can expiate for indifference to the Nazi slaughter of the Jewish kin of Einstein, Freud, Mahler, Mendelssohn, Wittgenstein, von Neumann, von Mises, and von Stroheim.”

The Pope’s delusion about Muslim immigration and the Koran itself are indeed an unconscious self-destructive compulsion engendered by the Church’s and Christianity’s long and onerous persecution of Jews. He admits now to the persecutions, but is not conscious that his own and modern Christianity’s waning, anemic, multiculti, voluntary-dhimmi ecumenism is just as crazy as the earlier treatment of the Jews was — and of “witches,” sex per se, proto-European pagans, Anabaptists, “devil-possessed” cats and pigs, and so on).

For the same reason, the Christian and ex-Christian White majorities are cowardly with respect to criticizing the outsize role that Jews — who have their own deep psychoses — play in the multiculti “our-strength is in diversity” charade. Western autochthons do no better with respect to recognizing that the current rule-by-women is delusional Yin toxicity with horrific consequences for the West. After all, our adroit foes — the Ummah, China, North Korea etc. — are all macho, patriarchal societies. That rule-by-men led to the Yang toxicity of World War I is certainly germane, but does one quasi-suicide justify another, however satisfyingly antipolar it be?

We have to get off that pendulum of doom. Freely admitting to earlier evil craziness is key to seeing and containing the current antipolar evil craziness. We cannot see too soon that the Western delusion of linear “progress” ends, inevitably, in a slide down the arc of diminishing and, by now, negative marginal returns.