Journey to Bethlehem
by Fjordman

My first trip to the Middle East was back in 1994. I was only 19 years old, and it was my first time I had traveled alone outside Europe. This was during the heyday of the so-called Oslo Peace Process, which naturally generated a lot of attention in Norway. It was a time of optimism when you could travel in the region in relative safety. I visited some of the important sites in Israel and went for a bus trip to Cairo, as an ordinary tourist interested in history. I did not then foresee that I would return a few years later to study in Egypt and work in Israel and the Palestinian territories in a mission established during the Oslo Peace Process. Yet that is precisely what I did, from 2001 to 2003.

For years I had wanted to go on a longer journey from Jerusalem via Athens to Rome, but I generally lacked either the time or the money to do so. After I received a grant via the think tank the Middle East Forum, I went for just such a trip in the early months of 2013. I’ve been to Rome previously, but this was my first visit to Greece.

In contrast, seeing Jerusalem was like seeing an old friend again after an absence of many years. I’ve been to that city many, many times before, not just for visiting the historical sites but simply to have a cup of coffee, rent videos and buy a fresh pizza. It is a short drive away from the West Bank city of Hebron, where I worked in the (rather toothless) observer mission TIPH from January 2002 until August 2003. I had not been back to Israel since then.

A few things had changed in the past decade. In Jaffa Street in central Jerusalem, I immediately noticed the city’s new light rail line. It had not been there in 2003. I spent most of my time in Jerusalem plus a short visit to Tel Aviv, but I also went on a day trip to the Palestinian-controlled towns of Jericho and Bethlehem. This time, I had to pass the new security and separation barrier in the West Bank, or the “apartheid wall” as the anti-Israeli Left call it. Yes, in some places it really is a wall, but it also works. There are fewer successful Islamic terrorist attacks in Israel now than there were a few years earlier.

I was tempted to go back for a brief visit to see what had changed since my student days at the American University in Cairo in 2001, but I resisted the temptation. I calculated that it was too risky for me to visit Egypt when it was ruled by a Muslim Brotherhood regime. Mohamed Morsi of the Brotherhood was still President of Egypt in the first half of 2013, until he was removed by the military.

I’m not Geert Wilders, who has to be followed by armed guards even when he visits the bathroom. Yet I’m not a perfectly regular tourist, either. Not anymore. I have to deal rationally with that fact. After the Breivik case, my real name and face can be found by anybody on the planet with access to the Internet. For the same reason, I decided against visiting the town of Hebron, where I worked in 2002 and 2003. There was a real possibility that somebody there might recognize me. That wouldn’t necessarily be a good thing for a professional Islamophobe in a town choke-full of militant Muslims and supporters of Hamas and Palestinian Islamic Jihad. 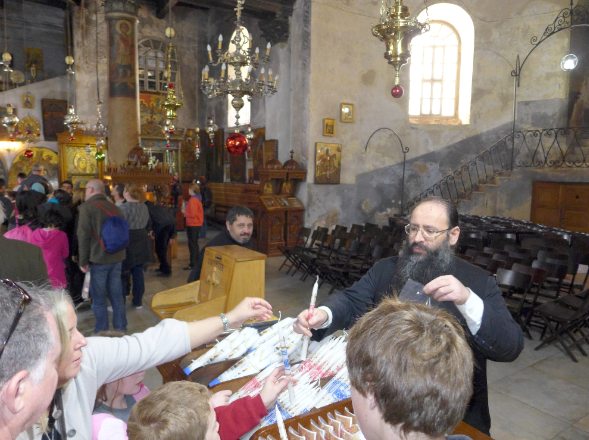 However, I deemed it safe enough to go to nearby Bethlehem. I had been there a number of times before. As late as in 1950, it was still an overwhelmingly Christian town. Yet every time I go back, the Muslim demographic and religious dominance over the town seems to grow more pronounced and aggressive. This trend mirrors that of the entire region. 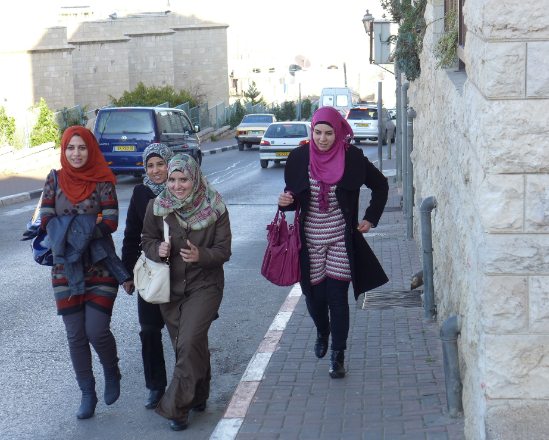 In the spring of 2002, while I was living and working only a few kilometers away, a group of militant Palestinian Muslims seized control over the Church of the Nativity in Bethlehem, the presumed birthplace of Jesus Christ. They held many Christian monks as hostages and used the Bible as toilet paper. As a “punishment” for this, several of these militant Muslims were exiled to Europe. A few years later, this incident has been more or less forgotten. Meanwhile, the Muslim numerical dominance over Bethlehem grows stronger every year.

In the generation that has passed since the mid-1990s, the Oslo peace process has broken down. The Jihadist terrorist Yasser Arafat never wanted peace, merely a hudna; a temporary truce in the eternal Jihad against the infidels until Muslims once more reach the upper hand. Nevertheless, while Israel is surrounded by enemies, it still endures. 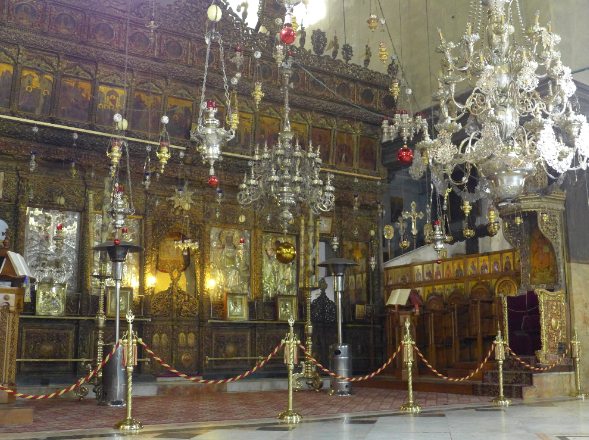 The single most disturbing trend in the region over the past twenty years is the decline of the local Christians, squeezed by the forces of Islamic radicalization. The situation for Christians in Iraq and more recently Syria has deteriorated rapidly. Many have already fled. The Christians of Lebanon are still hanging in there, but they are vulnerable, and their percentage of the population has been declining for decades. Even the largest Christian community in the Middle East, the Copts of Egypt, have faced renewed aggression and violence over the last couple of years.

It is hard to envision today that Afghanistan was once an early center of Buddhism, important in the development of Buddhist painting and sculpture. Nevertheless, that is the truth. Since then, Muslims have not only wiped out most of the local Buddhists but even the physical traces that they ever existed. 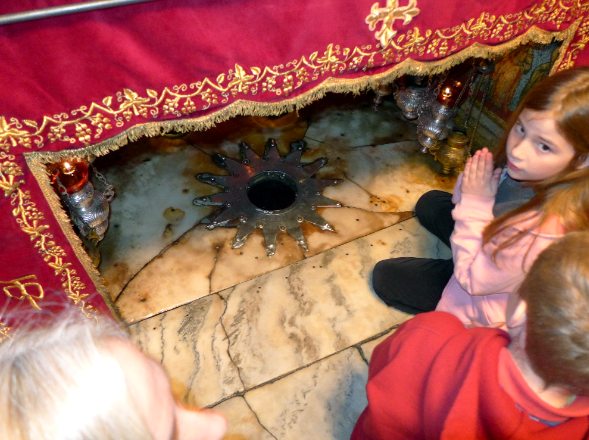 The ancient Christian communities of the Middle East have not yet met the fate of the Buddhists in Central Asia, but present trends are alarming and the future looks grim. Can Christians visiting Bethlehem fifty years from now still see the cradle of their savior in peace and dignity and encounter a viable local Christian community? This question now very much remains in doubt.

You don’t have to agree with every single policy promoted by the Israeli government; most Israelis themselves don’t. Yet on balance, the Jews of Israel are a civilizing force in an increasingly uncivilized region.

Quite a few Arab Muslims are Israeli citizens. They enjoy greater religious and political liberties than most of their counterparts do in Muslim majority countries. Arabic is also an official language in Israel, used next to Hebrew and English on bank notes as well as many street signs.

If you believe the mainstream media, Islamic culture is tolerant whereas Israel is an evil and repressive country. There are ways to test that hypothesis. Adherents of the Bahá’í Faith are ruthlessly persecuted in Muslim countries such as Iran. In contrast, they have one of their holiest sites in the scenic Bahá’í gardens in Haifa in the allegedly evil racist Nazi state of Israel, where they are allowed to worship in peace. 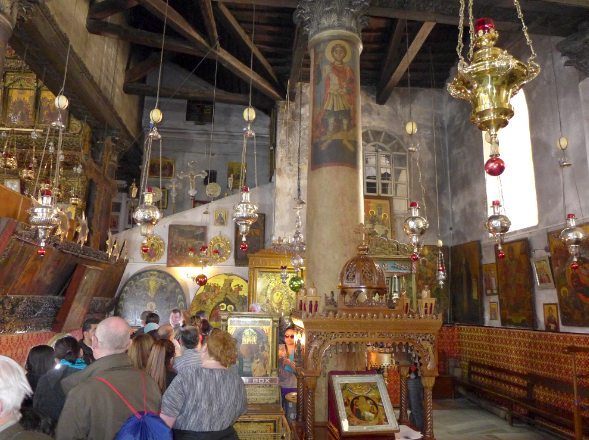 Whereas Christians are currently experiencing increased harassment and sometimes violent persecution across the Middle East, Israel is the only country in the region where the number of Christians has actually been growing.

The historical record indicates that if Christians are to survive in the birthplace of Christianity, the major Christian sites need to be under non-Muslim control. Right now, the only viable force capable of doing this is the Israel Defense Forces (IDF).

I’m not a religious man. I never pray to anyone or anything. Nevertheless, I like traditions and celebrate Christmas with joy. Christianity remains a part of my nation’s cultural and historical heritage. I want Christians generations from now to be able to visit Bethlehem, the birthplace of Jesus Christ, in dignity and still encounter a viable local Christian community. For this to be possible, Bethlehem and the Old City of Jerusalem need to be under non-Muslim control. 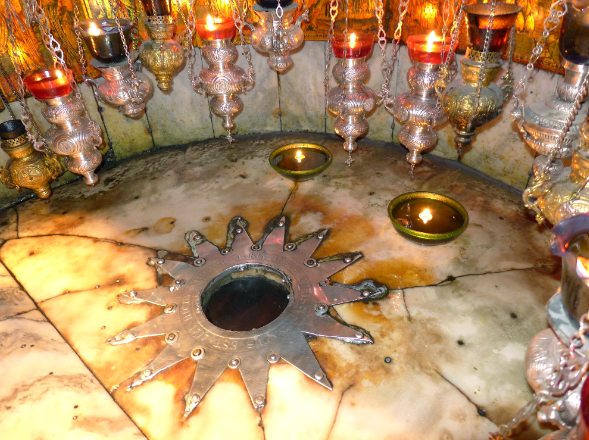 It’s hard to say what can be done for the Christians of Iraq, apart from hoping for a relatively benign secular dictator. But let us at the very least save whatever little we can save of Christianity in the region before it is too late.

European governments and US authorities pay millions every year to support the corrupt Palestinian authorities who are hostile to our civilization and use some of our money to finance convicted terrorists. It’s time for this charade to end. If we are to give financial support to anything, it should be for the Jews of Israel to maintain control over vital Christian sites in Bethlehem and elsewhere. We must ensure that they can still be visited by future generations of Christians.

20 thoughts on “Journey to Bethlehem”