The sputum is airborne again. 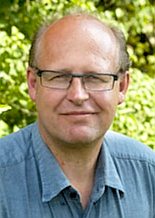 Regular readers will remember the “Spitting Professor” Dr. Erik Svensson, a professor of evolutionary biology at the University of Lund in Sweden. Dr. Svensson cause a bit of hubbub last summer by expressing a fervent desire via Twitter to spit in the face of Ingrid Carlqvist, due to his disagreements with her over political issues.

The resulting tweet-storm induced the university authorities to call Dr. Svensson on the carpet and have a little chat with him about his off-campus activities. Despite his displeasure with the esteemed professor’s behavior, in the end the Dean of the Faculty of Science at Lund University decided to allow him to retain his position on the faculty.

The furor over the Twitter-Spitter had died down by the end of August, and the issue was forgotten. Or so we thought.

Now the Spitting Professor has returned to the fray to have one final say against all those people who maligned him last summer. At one point during the fracas he had expressed his hope that understanding, moderation, and balance might replace all the nastiness and vitriol. However, Dr. Svensson seems to have changed his mind: on Christmas day he left a comment on our original post about the controversy that was notable for the depth and ferocity of its spitefulness.

How can we go on?

Here’s what the Spitting Professor had to say. NOTE: I have no way to authenticate the commenter’s identity as Erik Svensson, Professor of Biology at the University of Lund. His IP address was from a provider just to the west of Lund in southern Sweden. His email address was not the official University one (no fool he), but a normal-looking account with a popular email provider that included his name and location in the address. If the following text was submitted by a malicious hoaxter rather than the Twitter-Spitter, I apologize in advance to Professor Doctor Erik Svensson:

I have returned to this website, about 6 months after this ridiculous “affair”, which would never have become any affair at all, if it were not for the right-wing extremists and fascists around Ingrid Carlqvist (“Dispatch International”, “Exponerat”, “Fria Tider” and this blog) and their campaign against me and my right to excercise [sic] free speech, as any other Swedish citizen.

I, like any other Swedish citizen, have the right to express my political opinion outside my work, including on blogs, Twitter, Facebook and other social media. It is simply not a matter for my employer (Lund University) what I say, or how I express myself, outside my work. The campaign from the fascists and right-wing extremists is actually a campaign against free speech, including the campaign from this far-right blog.

I just clarify a few points here, and then I will never more waste my time on your pathetic blog:

In summary: I hate you, and I will always hate you. I will fight against your views as much as I can.