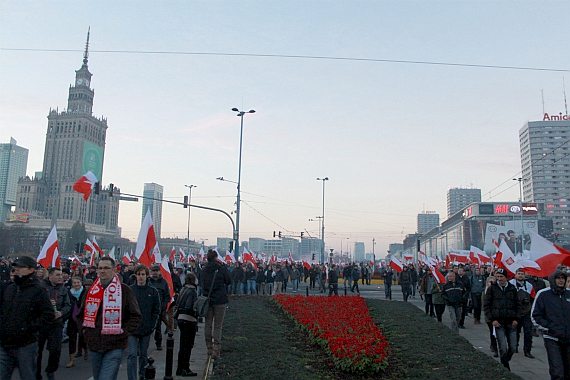 Our Polish correspondent Green Infidel sends this belated report about this year’s Independence Day march in Warsaw, which took place on November 11:

Greetings from Warsaw, where another Independence Day has passed, on the 11th of this month, and with it another independence march — with this year’s highlights including an attack on an Antifa squat, the burning of a “rainbow” artwork in one of Warsaw’s main squares (described by its creator as having “no meaning” but widely seen as a symbol of the GLBT lobby), and an attack on one of the outer buildings of the Russian embassy. 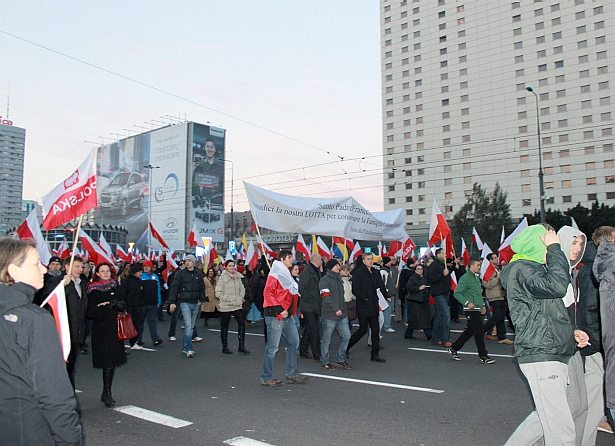 The march was labeled by Western media as “far right”, by Antifa as (gasp) “fascist”, and by Polish liberal media as being “full of radical youth opposed to immigrants and Islam”. However, here is something that wasn’t reported quite as loudly — a recording of the full march (over 30 minutes long!) of the “far right”, “fascists” and “Islamophobes”. 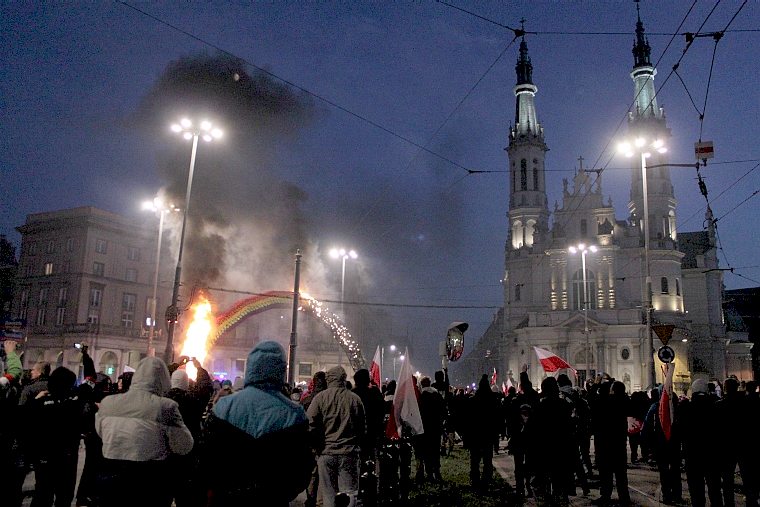 The first photo [at the top of this post] shows a peaceful crowd at the start of the march, the second the crowd as it marched, while the last shows the burning rainbow… as the photographer put it, quite an artistic sight in itself.

Vlad Tepes has compiled excerpts from the longer video of the march:

Transcript of the opening video titles:

25 thoughts on “You Won’t See This on Mainstream TV”