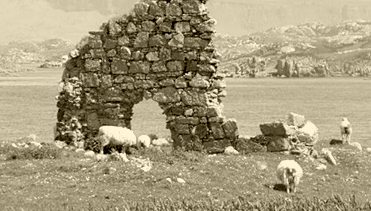 Following the expulsion of Clare Lopez from the Gatestone family for quoting from Diana West’s book American Betrayal, which has been declared anathema in certain circles, the turn has now come to another Senior Fellow, the well-known Turkey expert Robert Ellis.

The following account of what happened was provided by a source close to Mr. Ellis.

A British journalist based in Denmark, Robert Ellis has for a number of years published critical articles on Turkish affairs in the Danish and international press, and in June and July posted five articles on the Gezi Park uprising at the Gatestone Institute’s website. Consequently, in August Robert Ellis’ name had already been added to Gatestone’s list of Distinguished Senior Fellows, as its President, Nina Rosenwald, expressed “total enthusiasm” with Mr. Ellis’s articles.

As a follow-up to the articles, Mr. Ellis suggested that it would be a good idea to go to Turkey and meet with various sources, as this was the only way to gain any insight into current developments. He subsequently received an email from Amy Shargel, Director of the Middle East Forum, informing him that on the recommendation of Nina Rosenwald he had received a grant of $5,000 to cover the cost of the trip.

Mr. Ellis was in Turkey for a week in late August, and upon his return wrote a comprehensive account of the present situation, A Hot Turkish Autumn, which was well-received.

As his expenses only amounted to $2,000, Mr. Ellis returned $3,000 to the Middle East Forum, together with a report and a statement of accounts.

Two more of Mr. Ellis’s articles were also posted in October. Therefore Mr. Ellis was surprised to receive the following email on November 6:

“Dear Robert, So sorry but our lawyers have advised us that we must diversify away from the Middle East. We are unfortunately forced to move in a different direction, and accordingly have to let go some Scholar [sic], of which sadly you are one. Thank you for all your contributions and expertise and wishing you the best of luck. Warmest, Nina.”

Apart from the fact that this looks like the beginning of a purge at Gatestone, Nina Rosenwald’s email begs a number of questions:

Does anybody have any ideas?