Tommy Robinson isn’t enjoying any respite from the customary violence directed at his person, despite having left the English Defence League. This afternoon he tweeted from Luton:

Below is a brief article about the incident from Luton Today:

The former leader of the EDL says he was attacked in Luton town centre this afternoon. 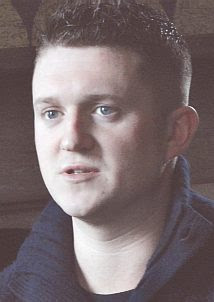 Tommy Robinson, real name Stephen Lennon, was filming a documentary in Chapel Street when he was allegedly attacked by three men at about 4.30pm.

A passerby who did not wish to be named said she was sat in her car nearby when the incident happened.

She said: “Three men came out of the chicken shop and started shouting at Tommy and the film crew. Then they went for him and attacked him, they were hitting him and he was just trying to get away saying he didn’t want a fight.

“Everybody was just trying to get out of the way. It was a bit crazy. I was trying to move my car, I thought ‘oh my god’ there’s kids about. I know a lot of people don’t agree with what he stands for but no one should be attacked in the street.”

Tommy tweeted “Just been attacked in Luton town cente in a religious attack!” followed by “Under attack in town, American film crew got it on camera. Good punch to be fair! America will see first hand” accompanied by a picture of the alleged attack taken from a video camera.

At this stage Beds Police have been unable to confirm any details of the incident, but it is understood police did attend the scene.

Hat tips: Steen for the tweet, ICLA for the article.