I have written previously about the original Swedish welfare state, Folkhemmet, which had its heyday in the early-to-mid 20th century. The “Swedish model” was not replicable in most other societies, because it relied on a peculiarly Swedish set of cultural virtues: industriousness, thrift, honesty, intelligence, integrity, and a general trust in one’s fellow man.

For several decades the system worked well, until the modern, cynical managerial state — which is not at all a Swedish concept — took over. The new management brought in hundreds of thousands of New Swedes, who do not as a rule possess the same virtues that made Folkhemmet possible. And so we have the violent, degraded society of Modern Multicultural Sweden.

Errbe, a regular Swedish reader, contributes the guest-essay below about what Sweden once was, and what it has now become, based on his more than fifty years of direct experience. 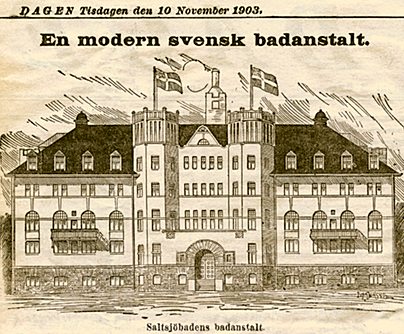 I want to defend the Swedes, that is, Swedish citizens. I have travelled in many countries and dare say that the average Swede is one of the least xenophobic members of humanity. He is also one of the most trusting creatures on earth. He just cannot comprehend the depth of the betrayal our Politically Correct politicians are committing.

For hundreds of years the Swede could trust the authorities to be reasonably fair and sensible. In the first half of the last century the value of democracy was preached by authorities and studied by responsible citizens in voluntary circles, often organized by unions. I attended such studies in high school. Candidates for political posts were chosen from among citizens who had performed well in some position within unions, several levels of business, farming, bureaucracy, judiciary, media, teaching, etc.

You may say that the value of decency was certified 1938 in the so-called “Saltsjöbadsavtalet”, a contract between the confederations of trade unions, LO, and of employers, SAF, respectively. This was the foundation of the original “Swedish Model”, a concept which lately has been widely corrupted.

Its basis was decency, voluntary agreements, compromise and adherence to agreed-upon procedures for conflict. These should be peaceful. The basic rule was that the employer had the authority to allocate work to employees and to direct its implementation as well as that of hiring and firing. The unions guaranteed workplace peace, no strikes during the contract period, and could negotiate pay, work safety and other conditions.

The overriding agreement was that neither party would initiate legislation that would restrict the power of the other party. This was broken in the ’70s, when the Social Democrats legislated “co-determination” with union members on company boards and much more. That means: When you hear the “Swedish Model” nowadays, it refers to the corrupted version, the one that the last thirty years have proven does not work.

The 1938 spirit of cooperation prevailed for twenty years, during which the standard of living, work conditions and law and order developed favorably. After the war, which Sweden escaped unscathed, the average worker achieved what he had dreamed of: a safe job, good lodging, a car and paid holidays.

In 1960 I had an appointment with the director of production at a factory of some 500 employees. My appointment was 09.00, but his secretary excused him, because he was engaged in “negotiations” with the head of the trade union and such matters always had priority. The director could not receive me until 10.30. When entering I remarked that his negotiation must have been tough, as it lasted so long. It had begun at 08.00. The director answered, “No, it was finished in less than ten minutes. He had a hopeless case. He had requested full pay for a worker who lets his automatic lathe continue to produce pieces with faulty tolerances. The very job of the worker is to adjust the tools to ensure that only good pieces are produced. And that is clearly covered in the collective union contract for our industry.”

“So, what did you do during the two hours I was waiting?” I asked.

“Nothing. You see, the employer side cannot break up a negotiation session. He had nothing more to say, so we just kept staring at each other.”

“But you had a cup of coffee with a bun,” I assumed.

“No absolutely not. I don’t want such a session to last an unnecessarily long time. No small talk. He had nothing to say and I did not need to answer. We sat silent for two and a quarter hours.”

“That is a bit peculiar,” I said with an unspoken question mark. He then explained:

“You see, we have been treating our employees very well for more than a decade. The ordinary worker has a family with kids, a house with a lawn, a car and some hobbies. He does not have much interest in late evening meetings with the union and all the detailed technicalities they want to discuss. So nobody wants to be chairman of the union except the young vociferous communist, whom we employed a year and a half ago. He was chosen chairman. And he needs to make sure he is noted. He continually comes with ridiculous requests. He cannot go back to the floor after ten minutes. He needs to create the impression that he was fighting incessantly for the good of his fellows for more than two hours.”

This was just an amusing anecdote until I learned of another negotiation, described in a book of 1988 by Ian Wachtmeister, who was manager of a large steel mill in Oxelösund. After an extensive expansion of the plant, there were long rounds of negotiation with the professional negotiators, ombudsmen, of the trade union in 1974. There were many new conditions to agree on. However, the management was modern and anxious to create a positive work climate, because they considered this to be a factor in efficiency. Thus the ombudsmen found little to argue about, but still they dragged on with long discussions. Ultimately a collective contract was agreed. Both negotiation teams celebrated this together with a dinner at a fine restaurant.

Good food, some drink and pleasant conversation made for a familiar atmosphere, which two young star ombudsmen used to create better cooperation with the management. They explained how the new times would make unions into power centers, which every management would need to take into account. They advised how to achieve smoother negotiations:

“You should not make public such generous terms as you offered initially. You are too simplistic. In public you should be mean and scold us for being unreasonable. After the talks, we then can go to our members and explain which important gains we succeeded in making for them. That would strengthen our position so we much easier can agree to some of your other proposals. You can’t tell the same story in public and in the talks. We can’t go back and say that the talks were friendly and we all had the same ideas. You are meant to be our adversaries.”

The two ombudsmen were Allan Larsson and Stig Malm. The former advanced to assume offices in government, the EU and the UN. He became finance minister and later president of the state television company SVT. Malm served as president of the confederation of unions, LO, 1983-1993, a position more important than that of a minister, because LO was, and is, the prime financier of the Social Democrat party.

The two represented the politicians of Olof Palme’s generation. They believed “everything is politics”, and they made it so. Politics became the art of fooling people into believing that the politicians were doing something good for the citizens. And note: the citizens of the world.

When everything is politics, this becomes so complicated with so many real and imagined technicalities, that sensible people cannot stand dealing with it. People with real jobs cannot spend their time like that. Hence in the youth section of every party, those youngsters are selected who can stand the conditions and, if they prove talented in intrigue and machination, they advance to become candidates for political offices. Since the ’40s, only one of our prime ministers was not an overage youth politician who had not had a job outside politics.

This has developed into a class of professional politicians, whose competence has been sliding far below the national average. We have gotten a system that entrusts the most important decisions to a group of people with particularly low competence. A particularly eager group are the “do-gooders” who want to save the whole world from any evils with the money of the taxpayers.

The education boom produced hordes of academics from universities that had been taken over by left-wingers. In journalism college they were full-fledged communists. My theory is that people to the left are verbal talents, who lack understanding of logic and natural sciences. Consequently they invaded teaching, the libraries, the media, the judiciary, fine arts, the state church and bureaucracies. And politics.

In the process taxes have come to be funding the main TV and radio channels, some newspapers, “cultural media”, NGOs and a lot of voluntary organizations of immigrants. Practically all of these are preaching what is “Politically Correct”. Alert citizens have come to realize that almost everything “official” is twisted or a sheer lie. This goes for climate, gender, crime, unemployment and immigration. The problems of the latter are constantly referred to xenophobia, främlingsfientlighet, among us “pure Swedes”.

Our own representatives are blaming us for xenophobia, although we are some of the peoples most open to foreigners provided they are decent and willing to blend in. But our naïve “saviours of the world” have created a sloppy system that lets in any primitive or criminal group of foreigners who are incompatible with our society. Many are abusing our generosity. This infuriates any normal person, but the authorities do not take any appropriate action.

What does exist, naturally, is some prudence in contacts with foreigners. Obviously an employer or landlord feels it is less risky to have business with somebody with a Swedish name than somebody with an Arabic name. He knows that among the latter our system has let in totally incompatible people, whom he wants to avoid. That is not xenophobia!

Trust is a beautiful trait in the Swedish national character. The citizen has trusted his political party. That has been particularly clear for those voting for the Social Democrat caretaker state. Generation after generation has voted for the party with no consideration for the dramatic changes in the kind of people that are running the show. To some degree the same is true for the other old parties, “the seven sisters”. Those kinds of people are in control of almost all the information that reaches the trusting citizens.

We have now a professional class of politicians, of which many consider their work so important that they ought to have salaries, fringe benefits and pensions equal to that of presidents of global concerns. As they have no work experience and know nothing, they need to travel the world to learn at our cost. Our political representatives have become our adversaries in economic matters.

I see no other way to correct the situation than to vote for a new party, the Sweden Democrats. That insight has not yet hit sufficiently many to achieve a necessary change.

To conclude: Swedes are as good-natured as ever, but we have been fooled into voting for stupid politicians. Apparently the same goes for some other countries as well.

18 thoughts on “The Art of Fooling the Swedish People”