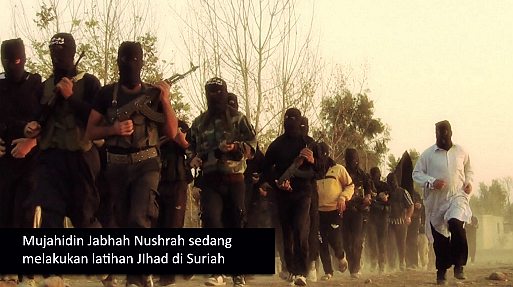 — Leonard Cohen, from “There is a War”

When Vlad and I were on the EDL radio show last week, the prospect of a future civil war came up again and was discussed by several of the other participants. Vlad pointed out that the war is already going on, and has been for quite a while, only most people in Western countries don’t realize that fact.

I could only agree with Vlad, and added that the major front of the current conflict is the information war. It is the only form of warfare — aside from the occasional terrorist attack — that is taking place within Western countries at the moment.

And, as I have often pointed out, the enemy is winning it hands down.

Since most of us don’t know we’re actually in a war, the enemy can perforate us with virtual machine gun fire, and we don’t even realize we’re hit. We’re lying there with our life’s blood draining into the metaphorical sand, oblivious to what has happened. The opposing army can move in and occupy all our strategic assets, and we’ll just continue to sit there, staring at the TV — until the muttaween eventually pull the plug.

I’ve written about the information war occasionally in the past. It can be approached from a lot of different angles, but tonight I’d like to focus on just one: the control of the language. This is where the enemy has been phenomenally successful over the past ten or fifteen years. Major Stephen Coughlin has analyzed this process at length. He shows how the patient, methodical infiltration of our government and other institutions by the Muslim Brotherhood has rendered us helpless in the face of the enemy’s “narrative”. They have made us literally unable to describe the threat that faces us, or what is being done to us.

To illustrate what has happened, I’ll cite two examples of the manipulation of language for the purpose of controlling and limiting public discussion.

The elevation of a vague, loaded neologism to a position of dominance in political and social discourse is a stupendous success for the Muslim Brotherhood and its allies, and a devastating setback for everyone who opposes Shariah and the Islamization of the West.

Most readers will have seen the recent discussions about the definition of “Islamophobia”, which was one of the primary topics raised at last month’s OSCE meeting in Warsaw (see the OSCE Archives, and the ICLA paper “The Problematic Definition of ‘Islamophobia’”).

The ascendancy of the word has managed to convert criticism of Islam into a mental illness (a “phobia”) simultaneously with a concerted effort by the OIC to criminalize it. What a sleight of hand — to make opposition to Shariah into a health issue and a criminal action at the same time!

“Islamophobia” is a vaguely-defined term. It seems to mean nothing more than opposition to Islamic law or fear of the political inroads of Islam in Western societies. There may in fact be valid reasons to oppose Islamic law, in the name of our constitutional liberties. Fear of the political effects of Islamic encroachment could be well-founded, based on empirical evidence.

Yet to examine these possibilities is itself evidence of Islamophobia. To do so thus becomes a symptom of a debilitating psychological condition, or a criminal act: take your pick.

As I pointed out at the plenary in Warsaw, this makes the definition of Islamophobia recursive; it’s self-referential.

The above example described a word that has recently been ruled into the game. Now let’s look at some words that have been ruled out: Jihad, Islam, and Muslim.

If you want to talk about peace, diversity, community understanding, and interfaith outreach, then “Islam” and “Muslim” are perfectly acceptable words to use. “Jihad”, however, is never acceptable — unless you use it to mean “an internal struggle for spiritual purity”; then it’s OK.

If there is a terrorist attack or mass slaughter perpetrated by murderers who shout “Allahu akhbar!” and quote the Koran, it is impermissible to include the J-I-M words when describing the event. This is official United States government policy, and is currently being enforced by the FBI, the State Department, the Pentagon, and other government entities. It is also the official policy of some state and local governments and major media outlets. It is the unofficial policy of almost all other media outlets and charitable organizations, and is informally enforced across a wide swath of civil society.

As a result, we are simply unable to describe the nature of the war that is being fought against us and the ideology that motivates our enemies.

And if we decide to disobey the rule and attempt it anyway, we automatically become “Islamophobes”.

These are just two examples of the successful assault on the language by the Muslim Brotherhood and its allies; many more could be cited. They have shrewdly used our own cultural preoccupations as weapons against us, engineering their own version of political correctness with an adroit manipulation of Multicultural terminology.

Most people in the West are unable to see what is being done to their language. Obviously, the more intelligent and cynical among the trans-national elites who govern us are well aware of what is going on, and the same may probably be said of many of the far-Left operatives who have allied themselves with Islamic fundamentalism.

But hundreds of millions of well-meaning citizens live under this new regime without ever becoming cognizant of it. They are subliminally aware of its strictures — eschewing JIM in order to escape Islamophobia — and help enforce them by propagating the new social norms.

These unfortunate people are unknowing casualties of a major battle in the larger information war, a battle that has already been won by a patient, dedicated, and untiring enemy. And these walking wounded don’t even know there’s a war on — war is something that happens somewhere else, in Afghanistan, in Sudan, in Syria, but not here at home.

Landing the Marines or bombing training camps will not make any difference in this war. We can do all that and more, but unless we can wake up to what the real war is, and what the stakes are in it, in twenty or thirty or fifty years’ time there will be minarets all across our cities braying the call to prayer five times a day, and Islamic law will be enforced by our judicial system.

We won’t have the language to describe it as anything else.