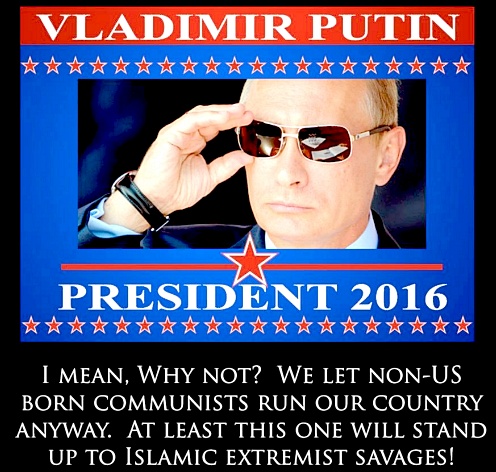 Before you Russophobes jump all over me: THIS IS A JOKE.

Who says a former head of the KGB would be worse than what we’ve got now? At least we know where this dude stands.

Besides, we haven’t let that pesky “natural born Citizen” clause of the Constitution stand in our way in the past. Why start now?