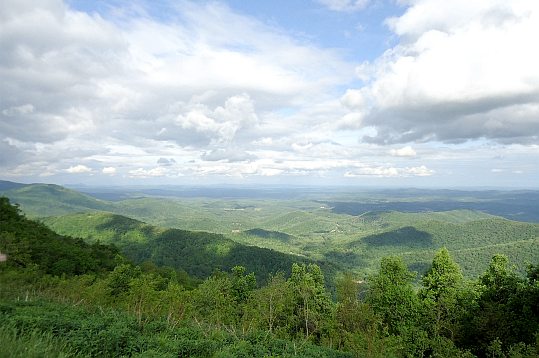 This song is for the Baron. It’s not just that he likes Al Stewart, it’s also that the video evokes scenes he painted in years past. Summer is his favorite season, and Stewart returns again and again to their mutual preoccupation: the effects of time on our world, the irrevocable and haunting past.

This song is also for the Baron because I want to soothe his soul. It’s been a rough few months; I am so pleased to see him coming back to his real self.

[The lyrics are after the break]

Yesterday at supper I asked the Baron how the fundraiser was going this time. We’ve been married so long I can ask vague questions and he knows what I mean. So he replied, “Fairly well.”

It works both ways. We’ve been married so long I know what “fairly well” means and my heart sank.

“That bad?” I ask. And because he hates it when I worry, he hastens to reply, “No, not that bad. But, yes, we have had better fundraisers.”

We sat at the kitchen table by the windows, gazing out at the froth of butterflies moving among the mounds of black-eyed susans and Echinacea. I contemplate how to frame this situation so I won’t worry, thereby making both of us happy, or at least at peace about it.

It’s scary. I get up from the table and return with my comfort food, a cup of coffee. I think about Vlad, how skint he is during the summer when business is always slow, and how I’d hoped our tithe would see him through most of August. Vlad doesn’t worry; I do. He is just now learning not to be taken by surprise when his tithe shows up. As though his constant flow of work ought to be done for free. That man! He’s our own Saint Francis.

In my mind’s eye, the endless scroll of stories I’ve read about the hard economic times begins again, frame by frame — that man the other day telling his Congressman “we’re dying out here” — echoes back as the latest addition. It’s impossible not to juxtapose that fellow’s cry with images of Obama’s ever-more sumptuous wallows at Martha’s Vineyard. Back in Washington the White House remains shut up fast against the threat of any commoners’ treading through the public rooms. The thought recurs — are his mean-spirited provocations supposed to be a test of our mettle — is he sadistically pushing against common decency just to see if there remains a point at which Americans will finally say “Enough!” Are we so many insects pinned in his collection box?

On Wednesday afternoon a young man came to the house to fix my notebook computer (I didn’t know house calls were included with my warranty. How wonderful! Now I can throw away that packing carton). He brought a big pile of boxes, each containing a separate replacement part. As he spread everything onto the kitchen table and laid the patient out on his special anti-static operating mat, the Baron went back upstairs to work.

Not I. This was a good opportunity to see the inside of my tiny machine, the one I’m using now to tell you this story. Since this fellow was obviously in his 20s, about the same age as our son, I was curious about his story, too. How did his experience stack up against what others his age were doing? Never shy, I came right out and asked him if he was able to make ends meet doing this work. There was a pause as he glanced up briefly, screwdriver in hand, and then looked back at the computer. “It depends on how many hours I get. They pay me $14 an hour plus travel. But I never know from day to day how many hours I’ll work.”

He must have heard my sharp intake of breath because he said quickly, “Oh, I’m doing okay. I work at a restaurant kitchen on weekends and that way I can pay off my student loans sooner”. So I took the plunge: “Are you able to afford to be on your own or do you live with your family?” He sighed. “It’s not so bad. I’m making a lot of connections in this job and when my loans are paid off…maybe then…besides I have to stay within a few hours of home. My mom isn’t doing so good…”

I interrupted him, a Mama Bear sad on his behalf, even if he wouldn’t permit himself the luxury of recognizing how cheated he’d been. “You’re another one,” I said. “A guy who followed the rules, stayed in school, blah de blah blah, and now you can’t afford to live what used to be considered a normal life. You’re living at home because all the decent, full-time jobs are gone.” Knowing it was a childish cry, I said it anyway: “It’s not fair.”

He shrugged and nodded in agreement.

Back when we began Gates of Vienna, the Baron earned a good living. And even when he stepped down to telecommuting, we continued to do well. But as fate would have it, as contract work began to fade, so did my health. After he’d looked for other work for a while, we realized it wasn’t possible for him to be gone several days a week, every week.

That’s when we decided to find a way to monetize the blog. Our advisor, someone with a lot of experience, insisted that we fundraise. The first suggestion was that we ought to do this every month. Yikes! We both said “no way — might as well get a job and live a normal life as do that.” So we compromised with quarterly, week-long fundraisers. And y’all have been generous.

As we said back then, and it remains the case, we do this from quarter to quarter, with the proviso that as long as we raised enough each time to make it through to the next one, we were good to go. Yes, we have augmented your gifts with our savings and some odd jobs the Baron does, but that is only possible when the level of giving remains the same.

This time it looks like the level isn’t going to keep pace with the past. Our readership is the same or higher, but the donor levels are down. Times are hard for many of us, and besides we always knew it was a conditional thing, kind of karmic. As I used to tell some of our donors — really with a sense of wonder that we’d once more met our goal — there was a message in the bottom line and the Karma Dude’s handwriting was clear. When the time came that there was a gap between what we needed to continue and what we took in, well that just meant it was time to do something else.

There is still a day or two left in this funder. Actually, the last shoe drops off the centipede at the end of the month as donations trail in, so that’s when I’ll have my instructions for sure as to whether we can continue. But right now, we’re down from where we usually are.

This is not a appeal to our regular givers. Y’all do enough already. My request is specifically for those readers who find Gates of Vienna useful but who haven’t donated. You know who you are: you’ve written to tell us how great Gates of Vienna is and how glad you are to have found us… for the cost of your week’s lattes, please consider hitting the tip jar. Starbucks can handle it.

If you don’t like PayPal, we can make alternate arrangements, as we have with others. Please consider giving whatever you can spare for our work.

I presume the Baron will give you a tentative update when he does the wrap. At the end of the month, I’ll be back to let you know the bottom line for the quarter.

Our Saturday donors arrived from the timeless skies of the following places:

Thank you all for your greatness of spirit.

9 thoughts on “Under Timeless Arcadian Skies”