The Muslim Association of Canada (MAC) is a prominent Islamic advocacy group that receives a lot of money from the Canadian government. It is allowed to maintain its cozy relationship with the state because it has always insisted that it has no ties to Islamic movements outside Canada. To hear it tell the story, it is squeaky clean.

“Terrorism? What terrorism? Never heard of it.”

Needless to say, it’s not hard to track down MAC’s connections with the Muslim Brotherhood, Hamas, and various terrorists through the usual front groups. However, never has the connection been so clear as it is with former MAC president Wael Haddara, who served as an advisor to Egyptian president Mohamed Morsi for several months before the latter was deposed.

Pointe de Bascule has done a thorough job ferreting out the story of Wael Haddara. Below are excerpts from its investigative report: 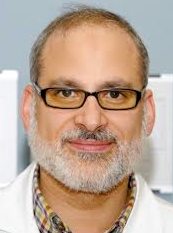 On his Twitter account, Wael Haddara introduces himself as an “ICU physician (and other things).” In recent months, one of these “other things” done by Haddara has been advising ousted Muslim Brotherhood-backed Egyptian President Mohammed Morsi. In an interview to Canadian network Global TV on August 15, 2013, Wael Haddara was introduced as a “former advisor to Mohammed Morsi.” According to his own professional profile, Haddara was born in Egypt.

Haddara’s mandate for Morsi likely started after he resigned for “personal reasons” his position as president of the Muslim Association of Canada (MAC) on December 12, 2012. Besides his involvement with MAC, Wael Haddara has also been associated with the following Islamist organizations in the past: Muslim World League, CAIR-CAN, London Moslem Mosque, IRFAN-Canada and the Muslim Students Association (National). Appropriate references about Haddara’s leadership roles with these organizations are available in our previous article announcing Haddara’s resignation from MAC’s Board. This may not be a complete list of Islamist organizations with which Haddara has been involved in North America.

So far, the oldest official mention of Wael Haddara’s role as an advisor to President Morsi that we found is dated December 28, 2012. On an official United Nations document, Wael Mahmoud Haddara is listed as a member of the Egyptian delegation at the UN.

Wael Haddara’s older brother, Yaser (also spelled Yasser and Yasir), was likely an advisor to president Morsi also. A person by the name of Yasser Haddara was identified as a “Presidential aide” by the BBC and as “a Communications adviser” to Morsi by Ynetnews at the beginning of July 2013. In this case however, we do not have a picture or other information that could confirm without a doubt that we are dealing with the Yaser Haddara active in Muslim Brotherhood circles in North America. In 2012, Wael Haddara’s brother Yaser was on the Board of directors of Islamic Relief USA and, on the most recent (2011) Islamic Relief Canada’s financial statement available on the Canada Revenue Agency’s website, he is also on the Board of the Canadian branch.

Both branches belong to Islamic Relief Worldwide headquartered in London, one of the main charities controlled by the Muslim Brotherhood. On its British and Canadian websites, Islamic Relief lists eight categories of beneficiaries for the zakat (charity) that it collects. Besides various expected groups of needy people and the zakat collectors themselves, Islamic Relief openly promises to fund “those struggling in the path of Allah”, Muslims involved in jihad.

In October 2012, GMBDR (now renamed Global Muslim Brotherhood Daily Watch) revealed that Islamic Relief Worldwide’s president Essam El-Haddad was appointed as one of four President Morsi’s assistants with responsibility for foreign relations and international cooperation. The closeness between El-Haddad and Yaser Haddara at Islamic Relief could easily explain that El-Haddad had asked Yaser Haddara to come work for Morsi.

On August 15, 2013, Global TV identified another “former aide to the government of deposed president Mohammed Morsi … who currently lives in Toronto.” This was Ahmad Eleman. He was introduced by the network as “an adviser to the (Egyptian) Ministry of Investment who consulted the (Morsi’s) presidential team on tourism and aviation matters.”

After the money transfers going from MAC to Hamas’ fund collector, after the money transfers coming from abroad (Saudi WAMY in one specific instance) to MAC (Look for Gifts to Qualified Donees), after the invitations to radical leaders from abroad to address MAC’s supporters in Canada (Ekrima Sabri, Salah Sultan/Soltan, Tariq Ramadan, etc.), after the radicalization of young Muslims living in Canada by getting them acquainted with the ideas of Muslim Brotherhood historical leaders like Hassan al-Banna and Youssef Qaradawi, Wael Haddara’s involvement with the Muslim Brotherhood in Egypt is just another indication that the Islamist infrastructure in Canada is completely integrated to an international web.

In 2012, after Point de Bascule exposed the Muslim Association of Canada’s role in the halal certification in Quebec, its then-president Wael Haddara claimed that MAC is an “organization strictly operating in Canada” and that those who claim otherwise were guilty of “Islamophobia” and “develop(ing) racist and conspiracy theories.”

In October 2010, MAC-Edmonton chairman Issam Saleh (aka Faleh) admitted to the Edmonton Sun that his organization was linked to the Brotherhood but added that “in some parts of the Islamic world, the (B)rotherhood became politicized, but that’s not the case here in Canada.”

A few weeks later, then-MAC treasurer Lazhar Aissaoui said in an interview to Rue Frontenac that it was “paranoia” to talk about MAC’s international connections. He added then: “We’re not the Muslim Brotherhood but it does not mean we have anything against them.”

Read the rest (and check out all the links) at Pointe de Bascule.

2 thoughts on “Mohamed Morsi and the MAC Daddy”