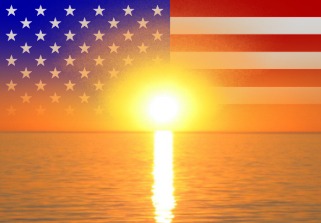 I hope my compatriots can muster the Spirit of 1776 today, but I find a celebratory mood somewhat hard to come by, given the decayed state into which our Republic has fallen. The last five years in particular have accelerated the breakdown of the political structure that was so painstakingly crafted 237 years ago by the Founders of our country.

The current catalog of symptoms is depressing: arbitrary arrest, a blanket of universal federal surveillance, the logging and storage of all personal communication by the government, warrantless searches of private houses by SWAT teams, the total management of day-to-day personal minutiae through federal laws and regulations, the confiscation of property without due process, levels of taxation that would have made King George III blush — the list could go on and on indefinitely.

The recent “history of repeated injuries and usurpations” visited upon American citizens could never have been envisioned by the Founders, because the technological substrate which enables them would have been unimaginable. What could the Bill of Rights say about pilotless aircraft hovering unseen over American cities to keep an eye on anything citizens might do? Or the secret capture and storage of all cell phone calls by federal agencies?

The emerging tyranny comes in a form that the 18th century could never have dreamt of. 237 years after it was written, the Declaration of Independence is fast becoming an archaic and meaningless scribble of faded ink on parchment.

The political basis of the Thirteen Colonies in the late 18th century was very different from that of today’s United States. The Industrial Revolution lay several decades in the future, and the economy of the colonies depended on agriculture, animal husbandry, fishing, and light manufacturing performed mainly in cottage industries. Under these conditions, the Founders set up what they saw as an agrarian republic.

Theorists such as Thomas Jefferson believed that the virtue of the new republic derived from the virtue of its productive citizens, who were mostly yeoman farmers. Thus the Constitution was designed to protect and encourage smallholders by restricting the franchise to those who owned property. The Founders prudently guarded the new system against the depredations of propertyless voters, accurately predicting that they — lacking the virtue inherent in the ownership of property — would eventually “vote themselves the contents of the public purse”.

The structure of the Republic was carefully devised to balance competing interests so as to preserve the virtuous underpinnings of society and protect industrious citizens from the depredations of special interests, speculators, glib charlatans, and foreign powers.

Unfortunately, the house built by the Founders was divided against itself and could not stand. The cataclysm of the Civil War produced the single greatest erosion of the structural protections built into the federal Republic. Each major war since then knocked additional stonework out of the original edifice. Universal suffrage and the founding of the Federal Reserve dealt the final blows to the Republic, and the past century has seen generation after generation of citizens voting themselves the contents of the public purse.

Given that the public purse is stuffed with fiat money, it is effectively bottomless — or so it seems. Sixteen trillion dollars of sovereign debt so far, and increasing exponentially. The party just goes on and on.

At some point the pretend money will be seen for what it is, and then nothing but moths will emerge from the public purse. After that… Well, it’s hard to predict what will happen after that, and it will probably be something none of us wants to contemplate. But it will surely be the end of the Republic as we know it.

Such is the gloomy Fourth of July that I woke up to this morning.

I’d like to conjure it away with thoughts of fried chicken and potato salad and fireworks and watermelon and beer. But then I open up the news websites, and the reality of what we face returns in force, and cannot be denied.

There remains an enormous well of virtue in millions of individual ordinary Americans, but very little is left in the federal government, and none in the executive branch. Virtue resides with earnest, God-fearing, productive hard-working citizens, the “tea partiers” reviled by both major political parties. It does not reside in our politicians or in the unelected apparatchiks of the permanent federal bureaucracy.

More than thirty years ago Ronald Reagan spoke of “morning in America”. But that was then, and this is now. The sun has risen past the zenith and is rapidly descending towards the horizon. Sunset in America is fast approaching.

We face a growing tyranny in this country. It comes from within: in our avarice and short-sightedness we elected it ourselves, over and over again. But it is tyranny nonetheless.

Thomas Jefferson had it right:

Our repeated Petitions have been answered only by repeated injury. A Prince whose character is thus marked by every act which may define a Tyrant, is unfit to be the ruler of a free people.

Independence Day is above all else the commemoration of a defiant resistance to tyranny.

But who will resist the new tyrant?

28 thoughts on “Sunset in America”