Early in May there was a minor firestorm over Jason Richwine, at that time a researcher and scholar at the Heritage Foundation, a Washington D.C. think tank. Mr. Richwine had committed one of the cardinal sins guaranteed to end a career, even for those who work for “conservative” organizations: he had discussed the scientific evidence for a correlation between race and intelligence, as measured by IQ.

In a sane world, of course, what he said would be unexceptionable. He simply cited the numerous studies that demonstrate the differential distribution of mean IQ as correlated with what are commonly known as “racial differences”. If the same level of evidence were to indicate, say, the correlation between smoking and the incidence of lung cancer, or CO2 emissions and global temperature increases, there would be no problem. The general consensus would be: “The science is settled.”

I don’t have to tell you that the rules are different when discussing scientific data about race. And it goes without saying that Mr. Richwine was forced to resign his position at Heritage. But what precisely was the heresy which caused him to be excommunicated from the Church of All-Inclusive Multicultural Harmony?

… [liberal Washington Post blogger Dylan Matthews] wrote that Richwine, who earned a doctorate from Harvard University in 2009, had written a dissertation, “IQ and Immigration Policy,” which argued that on average immigrants to the U.S., particularly Hispanic immigrants, have lower IQ scores than “the white native population.” Admitting immigrants with higher IQs, Richwine argued, would be a better immigration policy than admitting low-IQ newcomers.

As the media sharks swarmed into the blood-tainted water, BuzzFeed featured a video of Mr. Richwine, headlining it with “Here’s Video Of Another Time The Heritage Analyst Said Blacks and Hispanics Have Lower IQs”:

“Decades of psychometric testing has indicated that at least in America, you have Jews with the highest average IQ, usually followed by East Asians, then you have non-Jewish whites, Hispanics, and then blacks. These are real differences, and they’re not going to go away tomorrow, and for that reason we have to address them in our immigration discussions and our debates.”

That, in a nutshell, is a summary of the scientific facts. They have been clearly established by researchers over the past four decades, and are not disputed by specialists in the field. Similar studies have revealed a genetic component for superior athletic ability among certain African groups, but this finding is uncontroversial — it doesn’t reflect negatively on black people.

The findings on intelligence are dismissed, however, accompanied by hysterical accusations of “racism”. Facts don’t matter where race-based political correctness is concerned, and that’s true in most conservative circles, not just amongst Progressives.

The current climate surrounding the question of race and intelligence had its origins back in the late 1960s and early 1970s.

During my senior year in college I wrote a term paper on the topic for a cultural anthropology course. In doing so I surveyed the relevant literature, relying extensively on studies by the late Arthur Jensen, whose pioneering work had already attracted the disapproval of the nascent politically correct establishment. By 1972 it had already been determined that all variations in behavior among the races were due to cultural influences rather than genetics. Nurture had won out over Nature as an explanation of psychological differences; therefore Dr. Jensen could only be wrong, wrong, wrong!

In those days, investigations into the genetic basis of intelligence relied primarily on studies of identical twins who were separated at an early age, with one twin being raised by his own racial group and the other by a different one. Of necessity this method relied on a relatively small dataset, and the results were not conclusive, showing a slight correlation for a genetic component of intelligence, but generally within the margin of error for such small samples.

The consensus within the field — outside of Arthur Jensen and some of his associates — was that a correlation between race and IQ was possible, but the data were too tentative to be relied on. Moreover, it was felt that the explosive social implications of such findings demanded that they not be pursued any further. This was the beginning of the politically correct prohibition of research into race and intelligence, which has now continued for more than forty years.

Researchers who decided to continue their work in the field found it hard to obtain funding, and those who persisted anyway were often vilified by their colleagues and the media. With advances in genetics in the decades since, the tools now available to researchers have improved considerably, and later results have definitively confirmed Dr. Jensen’s findings. The science is “settled”, but not in the manner that the Multicultural establishment would prefer: there is a statistical correlation between groups with genetic differences and intelligence as measured by IQ tests. The group with the highest mean score is the Ashkenazi (European Jews), followed by East Asians (Chinese, Japanese, Koreans, etc.), and then Caucasians of European descent. The “brown” races score lower, with Australian aborigines at the bottom.

It’s easy to see why these findings cause such painful heartburn to the political elite: they contradict the dominant narrative of Multiculturalism that has been regnant in the West for almost fifty years.

A sane society would simply take the information into account and adjust its educational policies accordingly, relying on standardized tests to stream students into the education that fits them best as individuals, and ignoring their skin color entirely.

But we do not live in a sane society. Our culture is at least as obsessed with race as were the racial theorists of Nazi Germany — although with a different underlying ideology. Race is now the crucial factor in almost all administrative decisions, and any evidence which violates the consensus is not welcome.

If one wishes to hold onto one’s job and retain a good reputation, certain facts must not be spoken of. If such information happens to surface publicly, one is required to denounce it as false and “racist”. Jason Richwine failed to follow these guidelines, and had to pay the price.

One of Mr. Richwine’s “crimes” was to have published his article at Alternative Right, a site where “race realist” conservatives rub shoulders with people holding unsavory opinions about non-white races. Yet there’s no mystery why the author chose this venue — if he wanted to publish at all, he was forced into the company of people with whom he did not necessarily agree, because no other sort of venue is available for those who discuss such heretical material. The Washington Post, The New Yorker, The New Republic, and The Atlantic were not open to him, and I doubt he could ever have gotten past the gatekeepers at nominally conservative publications such as National Review. The PC muzzle forces dissidents to take on strange bedfellows; there is simply no other choice.

Such is the standard medieval treatment accorded to race heresiarchs in this, the second decade of the 21st century.

The above survey of the “race vs. IQ” debate is presented as background to an important question:

Is IQ a useful measure of intelligence, as expressed by an entire culture?

My contention is that it is not. 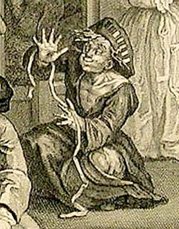 The two dominant racial groups in Western culture — Caucasians of European descent and Ashkenazi Jews — contrived the deadly ideology that is now known as Multiculturalism. They received no measurable assistance in this project from black Africans, or Arabs, or Trobriand Islanders. The Chinese and the Japanese, who seem to have put their high IQ scores to better use, have foregone the pleasures of Multiculturalism. This pernicious ideology is entirely the work of Caucasian and Jewish academics.

Through its implementation of the Multicultural ideal, the West is manifestly in the process of destroying itself. Within a few decades the European nation-states will no longer exist. We may already have passed the point of no return. With full deliberation we, the white race, prepared this cultural apocalypse. It was not the races with lesser IQs who did this to us; we did it to ourselves.

Some people have difficulty accepting this conclusion, and ascribe our current disaster to the manipulations of the Bilderberg Group, or an international Jewish conspiracy, or the Freemasons, or the Illuminati, or some other secret cabal that has somehow manipulated the well-meaning citizens of the West into signing up for their own doom.

But this only pushes the problem to a new level: how can some of the most intelligent people on the planet be so easily manipulated into doing such stupid things? The Chinese and the Japanese — who are also intelligent — have up until now failed to fall for this scam. Why have Westerners succumbed?

Constructing and promoting an ideology which destroys one’s own racial group is a stupid act. If you saw a man set his own house on fire, and then run back inside to die in the flames, you’d say, “Man, that guy must be stupid.”

Stupid is as stupid does.

Jesus said, “By their fruits ye shall know them,” and the fruits of the Judeo-Christian West are demonstrably unintelligent.

Based on their behavior, the “brown” invaders who are pouring in to pick over the corpse of the white West are more intelligent than the people they are in the process of supplanting. Despite their lower IQs, they have managed not to embrace the folly of destroying themselves in order to serve some abstract ethical ideal.

IQ tests measure logical and mathematical reasoning, spatial abilities, and language skills. The intelligence thus represented may have been useful to our ancestors who hunted the wooly mammoth and shared living quarters with cave bears as the glaciers receded from northern Europe twelve thousand years ago. But high IQ seems to have no survival advantage for us nowadays.

This is the conundrum that should preoccupy us, rather than the lesser intelligence of those races that are moving in to replace us. 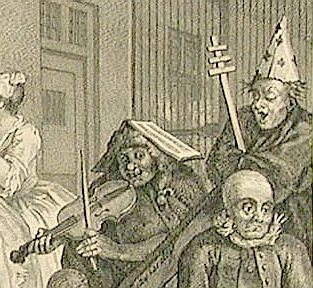 What does intelligence mean, if intelligent people deliberately and methodically collaborate in their own destruction?

Given the cataclysm currently faced by Western Civilization, the concept of intelligence as measured by IQ seems to have little remaining empirical utility.

NOTE: This essay is not about the deficiencies of races whose IQs are lower than those of whites. It is not about “brown” people at all. The problem is a “white” one, not a “brown” one. We need to look beyond the race vs. IQ debate to discover a different, more useful paradigm for what is happening today.

For this reason, commenters are requested to limit their remarks to the topic as described. There are plenty of sites where you may make vituperative comments about racial groups that have lower mean IQs. Don’t leave them here.

124 thoughts on “Outsmarting Ourselves”