On Monday we reported on a phenomenon known as “Love Jihad” as it occurs in India. It is form of Islamic exploitation of kuffar women, and differs from “grooming and pimping” in that it targets vulnerable girls for forced conversion followed by “marriage” to Muslim men.

The process is also well-known in Egypt, where teenage Coptic girls disappear frequently. If the families of the girls — who often have a good idea of the identity of the abductors — attempt to find their daughters or sisters, they are generally met with official indifference and threatened into silence by their Muslim neighbors.

Nick of The Frozen North has surveyed the available material on “love jihad”, and has kindly provided his notes and sources for use by Gates of Vienna readers. 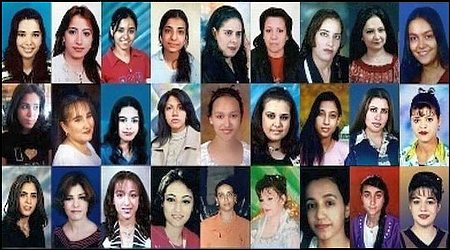 Notes on “Love Jihad”
by Nick

In Egypt — which was sold by the Obamanistas and their lackeys in the mainstream media as a shining example of the free and democratic societies that would inevitably follow the so-called ‘Arab Spring’ — women and girls from minority religious groups are also reported to have been taken from their families and coerced into saying they believe in the doctrines of Islam. [1]

According to reports commissioned by Christian Solidarity International and the Coptic Foundation for Human Rights on the phenomenon of disappearing Christian girls in Egypt, many of the young girls who go missing are befriended by Muslim women before being handed over to their eventual abductors. [2]

Playing devil’s advocate, one might argue that some of the girls who have disappeared were unhappy at home, and were therefore vulnerable to being ‘groomed’ by someone being friendly towards them, but the authors of those reports argue that the fraud, deception and coercion employed by their abductors signifies that those young girls are victims of a crime. [3]

But the vulnerability of a potential victim does not absolve the perpetrator of a crime of their guilt. Ilan Halimi was led to his death by an attractive young woman but that does not absolve his abductors from their crimes; it just shows premeditation, which makes what they did even worse. [4]