The following story is an example of why we need more alert citizens like Don Laird. 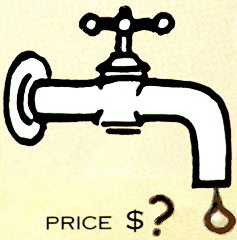 Seven culturally enriched people — from Pakistan, Saudi Arabia, and Singapore — were arrested yesterday just after midnight for trespassing at a reservoir outside Boston, one of the city’s two major water supplies.

Like the “Truck Stop Jihad”, this may be just a coincidence. It’s possible that these foreign visitors just happened to be out sightseeing in the middle of the night, and decided to take a look at the famous Quabbin Reservoir. Uh-huh. In the dark. Sure.

And it’s also just a coincidence that most of the visitors come from countries that are hotbeds of radical Islam. Yup. Nothing unusual there. Right?

It’s funny, though — the Massachusetts state police don’t seem to believe in coincidences, since they have stepped up their patrols of all the reservoirs in the commonwealth in the wake of this incident.

There are many, many reservoirs scattered over millions of square miles throughout the United States. An increased law enforcement presence at all of them would be a difficult and expensive process to implement. How many drinking water reservoirs are there in the country? How many personnel does it take to watch them?

Investigating the statistics is not an easy task. Just to pick Kansas at random, the USGS lists twenty-four reservoirs in the state. We may assume that Kansas’ generally rural character makes that total smaller than average, implying that there are at least several thousand reservoirs throughout the country. Add the water towers, water treatment plants, pumping stations, catchment areas around reservoirs and lakes, etc., and it’s easy to see that the nation’s water supply offers tens of thousands of potential targets and hundreds of thousands of miles of perimeter to patrol.

We don’t have enough police, FBI and DHS agents, and National Guard soldiers to do the job. That’s why we need ordinary citizens to become experts on jihad-related behavior so they can be alert to what is going on around them.

Below are excerpts from the report on the Quabbin incident, from CBS Boston:

7 Caught Trespassing At Quabbin Reservoir; Patrols Stepped Up Across State

State Police say the five men and two women are from Pakistan, Saudi Arabia, and Singapore, and “cited their education and career interests” for being in the area. The men told police they were chemical engineers and recent college graduates.

The Quabbin, in Belchertown, is one of the country’s largest man-made public water supplies. Boston’s drinking water comes from the Quabbin and the Wachusett Reservoirs.

State Police say there were no warrants or advisories on any of the individuals and “there was no evidence that the seven were committing any crime beyond the trespassing.”

All seven were allowed to leave and will be summonsed to court for trespassing. The FBI is investigating and routine checks of public water supplies have been increased following the incident.

The seven individuals currently live in Amherst, Cambridge, Sunderland, Northampton and New York City. Police have not released their names because a court date has not been set.