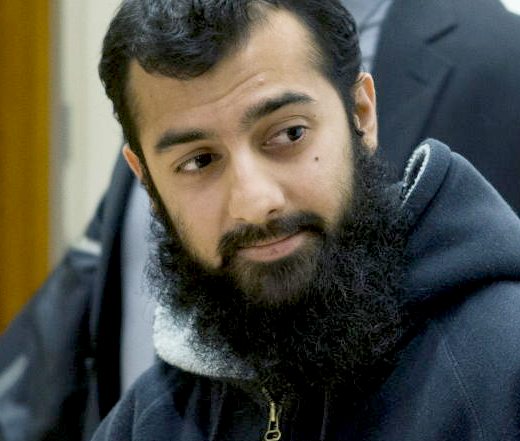 The Muslim community in Europe embraces the New World Order’s concept of borderlessness, at least as it concerns solidarity in jihad. A prominent “Norwegian” Salafist has expressed his enthusiasm for the “wonderful news” from Woolwich yesterday.

Many thanks to John M for translating this article from Dagbladet:

A British soldier was brutally killed in broad daylight in Woolwich, London yesterday. The soldier was first hit by a car, then attacked with knives and machetes.

One of the two attackers was filmed shortly after the crime.

“We swear by the Almighty Allah that we will never stop fighting against you. The only reason we do this is because Muslims are dying every single day. The British soldier was just an act of: ‘an eye for eye, a tooth for tooth,’” says the murderer as he looks straight into the camera. Something which has resulted in the British Prime Minister David Cameron to address this as “a terrorist attack”.

“Wonderful news from England. A terrorist pig from the British army has been slaughtered by our brave brothers. Allahu Akhbar!

“May Allah SWT reward their actions and intentions and humiliate the enemies of Islam in the worst possible way.”

Hussain was previously featured as one of the most attention-seeking Islamists and has at times also been referred to as leader of The Prophet’s Ummah , which is under investigation by the Oslo police and the Police Security Service.

This is far from the first time Hussain has posted controversial Facebook updates.

In January, he praised the terrorist attack at the gas production facility In Amenas [in Algeria], where five Norwegians were killed.

In December of last year, he passed on a Facebook message from Arfan Bhatti, in which Norwegian soldiers in Afghanistan were described as “living targets, living corpses” to TV 2.

In October, he posted a message which many saw as death threats against Norwegian Jews.

Hussain was also arrested in October for threats against two journalists from Dagsavisen and Aftenposten — and against the Jewish community. Although, according to himself, the threats were meant in a sarcastic way.

24 thoughts on “Norwegian Enricher Expresses Solidarity with the Woolwich Butchers”