Our Greek-American correspondent Anestos Canelides returns with a brief essay on the ascendance of the Arabic language in areas conquered by Islam where Greek had once been the dominant tongue.

Arabic made the language of the State Register
by Anestos Canelides

There is an interesting story in Readings in Medieval Historiography by Spero Vryonis about the manner in which the official language was changed from Greek to Arabic after the Arab conquests of Eastern Roman lands.

For centuries prior to the Arab conquest Damascus, had been the center of classical Greek teaching and philosophy. The Islamic conquest forcefully changed that, and the shift to Arab culture and Muslim domination was swift. 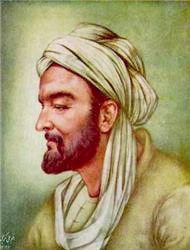 The account of the incident that prompted the official change of language to Arabic was recorded by Al-Baladhuri, who was in the inner circles of the Caliphate in about the 8th century AD. He was a poet and genealogist, but is best know for writing the lengthy “Conquest of lands”, an account of the Arab Muslim conquests of the infidels. This is an Arabic source, so the dates are Islamic and not Judeo-Christian in origin, but this event took place in the early 8th century AD, 81 years after the death of Muhammad in 632 AD.

Baladhuri begins his account by stating that Greek had remained the language of state register until the reign of Abd al-Malik, the fifth Caliph of the Umayyad dynasty, in the year 81.[1] The reason for the sudden change was that a Greek clerk who wanted to write something down urinated in a dry inkstand. The account does not state why, but this foolish clerk most likely acted in such a way because he lacked water.

Hearing about the deed, Abd-al-Malik punished the man and gave orders for the language of the register to be changed to Arabic. Later the Greek clerks were ordered to change professions, for “God (Allah) had cut if off from you.”

It does not state where in the new Islamic empire this took place, but Jordan is mentioned, and it could also have been Syria. Shortly after the Islamic conquests of these regions Hellenism was replaced with the culture of Islam.

Other than a small Christian minority population — which is quickly disappearing — Hellenism is extinct in that region, having long been replaced by Islamic domination .

21 thoughts on “When the Arabic Language Became Supreme”