The Moroccan apostate Kacem el-Ghazzali left Islam and became an atheist, and is now a political refugee in Switzerland. As reported by Elisabeth Sabaditsch-Wolff, he spoke at the Geneva Summit for Human Rights and Democracy last month. The following interview with Mr. El-Ghazzali was published by Die Welt, and has been translated by JLH.

In February, I had the pleasure of listening to Kacem’s speech at the Geneva Summit for Human Rights and Democracy. He is a young man from Morocco who dared to speak his mind and received death threats as a result. He currently resides in Switzerland, seeking asylum and hoping for the best. As JLH succinctly notes (and whom we thank for the translation):

“A quite sophisticated understanding of what the Enlightenment did and why it was able to do it, versus the amorphous situation in Islam, with no temporal central authority to institute reform.”

“We Atheists Are Creating a Parallel Society”
by Olivier Jeges

In his blogs, Moroccan Kacem el-Ghazzali openly and assertively professes his atheism. Because he can no longer believe in Islam, he receives death threats and had to leave his homeland. 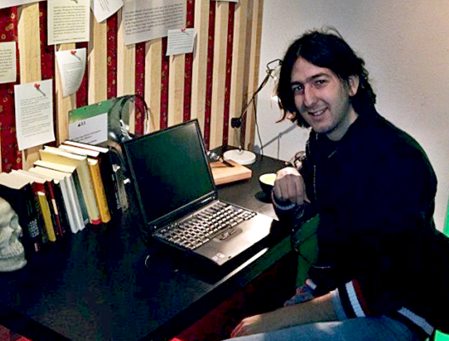 Two years ago, in February 2011, Kacem el-Ghazzali fled to Switzerland. He had to leave his homeland, Morocco, because he no longer believed in Islam and had publicly professed atheism. Since then, he has continued to receive death threats. Now the 22 year-old is writing two blogs with a worldwide readership from exile — one on political Islam and one on human rights subjects.

Interest in his essays is great. More than 13,000 users on Facebook follow him. At the summit on human rights and democracy in Geneva this year, he gave a talk about his experiences as an atheist in Morocco. In an interview, Kacem el-Ghazzali talks about his life in Western society, his criticism of Islam and what it means, that he has had to leave his homeland for political reasons.

Update: The spelling of Kacem el-Ghazzali’s name has been changed to the correct one, at his request.

19 thoughts on ““The Unmitigated Horror””