Last weekend a young man at a bus station in Germany was set upon by a group of high-spirited young “Germans” and severely beaten up. His attackers kicked him in the head viciously, sending him into a coma. On Thursday he died.

Hermes has translated three articles from Bild about the incident and its aftermath. The case currently has a Mohammed Coefficient of 0%, but the names of some of the perpetrators are not as yet public.

The first article was published on March 11:

Doctors have almost no hope that he will survive. The first six suspects have been detained.

It happened again. Now in front of the railway station in Kirchweyhe. A gang of thugs beat and kicked a youngster until he fell in a coma. The doctors have almost no hope that he will survive.

The victim was the painter/varnisher Daniel S. (25). Only machines are keeping him alive. The police are under intense pressure, investigating six of the brutal beaters. All of them are “Southern men”. The public prosecutor’s office applied yesterday for an arrest warrant against the main suspect, Cihan A. (20). Coskun A. (19), Shadid A. (20) and three accomplices are free. But there are more perpetrators.

The entire city of Weyhe is shocked, but the Daniel’s friends more than anybody else. They witnessed the brutal attack.

A friend of Daniel, the 25-year-old Tim (name altered) declared to BILD: “Some friends had rented a bus, which at around 04:00 carried us from the “Fun Factory” disco in Wildeshausen to “Maddox” in Kirchweyhe. Everybody paid ten euros. But because the bus was not fully occupied, we took five Turks with us.”

A quarrel broke out along the way. Tim: “The five were drunk, they were insulting me. My friends intervened. Daniel wanted to mediate. Then an enormous brawl arose, and I noticed that the Turks were calling for reinforcements through their mobiles. They called other friends of theirs to the station to meet us.”

The bus stopped 200 m. away from the disco at the station. 24-year-old Thorsten (name altered) said: “A horde or Turks was already waiting for us at the station. Daniel wanted to calm them down. As the bus door opened, he was the first to step out. They immediately fell upon him and began to kick him in the head.

“Some other Turks from the group attacked the bus, grabbed and pulled us out of it, and began to pummel us. When the police, emergency doctors and ambulances arrived, Daniel was already unconscious.”

A follow-up article appeared on March 13:

This is the killer of Daniel

…and on Facebook the victim was lampooned as “Nazi” 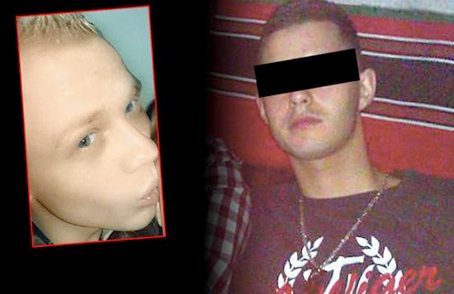 Victim Daniel S. (on the left) — Main suspect Cihan A. (on the right)

Cihan A. (20) looks with an ice-cold glance into the camera. He is pretending to appear cool, but he is such a coward. He is the young Turk who allegedly sent Daniel S. (25) into a coma by kicking him. Now he is being kept in custody and will have to stand trial for murder.

Because Daniel is brain-dead. His mother Ruth S. said to BILD: “Yesterday the doctors stopped giving him medication for stabilizing the circulatory system. The perpetrator completely smashed his brain. Only respiratory activity is still functioning, because a minimal (cerebral) activity is still noticeable in the hindbrain. He still cannot be declared dead.”

His mother fights back her tears and tries to retain her composure. “They will let him die in a natural way. However, Dani is already dead. I hope he is not suffering anymore. I am relieved that I can finally bury him. He had no chance to live after being attacked.”

The victim was lampooned as a “Nazi” by young Turks on Facebook. Ali E. wrote in his account: “One less Nazi in Weyhe bastard, how great.”

And Hussein treacherously wrote: “Sure, Cihan could have not thought that this would end so badly. It is your dirty nature that forces us to do such things to you, you Nazis.”

Ali E. Also wrote: “all you Germans and Bild newspaper”.

Yesterday Daniel’s mother gathered all her strength and visited the scene of the beating together with her sons (25, 22, 21). They put candles, roses and farewell letters there. “We love you, we miss you, we want you back… Mummy.”

The third article is from March 14. Hermes has translated an excerpt:

Daniel S. (25) was brutally beaten by a gang of thugs and sent into a coma last weekend during the night between Saturday and Sunday. The young man died in the early hours of Thursday morning.

The hope that Daniel would someday return to life had already vanished. The young man who was kicked into a coma was already brain-dead. His mother Ruth S. was with him till the last moments. She declared to BILD that: “I was called from the hospital during the night and told that I must go there immediately, because Daniel’s state had worsened.”

She also said that: “I was beside his bed in his last hours. Short before 16:00 his body gave up the fight. And then he fell asleep (in the Lord).” She feared that his son would have to suffer terrible pains in spite of being in coma. After his death she said: “I am sad, but also relieved. Now he has been freed from his suffering.”

46 thoughts on “Kicked to Death in Kirchweyhe”