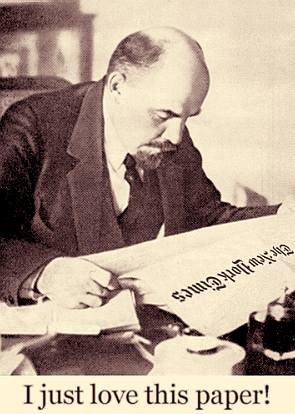 For the past couple of days I’ve been exchanging emails with a British journalist who made the original contact to request an interview with Fjordman. I explained to him that Fjordman is not giving interviews to the media at present, and in the process expressed my less-than-positive opinion of the legacy media.

We continued to correspond through several more emails. This morning he sent me a reasonable and thoughtful series of questions about what we (“we” meaning Fjordman, myself, and presumably other Counterjihad writers in the alternative media) think of various journalism-related issues.

As sometimes happens with email exchanges, his questions gave me the opportunity to express my opinions about topics that I often don’t have time to write about. His questions (shown in italicized block quotes) and my responses are reproduced below. Some of the discussion refers to what was said in earlier emails, but readers will be able to get the gist from the context.

You ask some interesting questions, so I’ll answer them in detail, seriatim.

By “shared preoccupation” I meant an interest in the role of the mainstream, or legacy, media in radicalising, or providing nurture, or provoking people to extreme acts.

No, this is not a preoccupation of ours. It’s hard to explain to someone who works solely or mostly in the “mainstream” media how things are in the “alternative” media, which is where Fjordman and I do all our writing.

Our view of the legacy media might be summed up this way:

I recognise much of what you describe in my profession. Largely it is bad journalism. It does, however, seem like you are describing a profile of a person, or an interview focusing on a single person, which is rare, compared with a news story or a feature with multiple sources.

Those experiences are overwhelmingly as I described, with few if any counterexamples of probity, fairness, and impartiality on the part of the journalists involved. Not just one instance, but dozens of them.

I do also think that your word “betrayal” rather betrays your own agenda here. Surely betrayal is only valid for a person who once shared your own viewpoint, or “should” share your viewpoint. Not agreeing with your politics surely is not unfair per se.

I use “betrayal” here to describe particular types of behavior, the breaking of a professional code, if you will. These descriptions are based on actual incidents:

If “betrayal” is inadequate to describe such behavior, perhaps you can think of a better term…? “Devious”, “unscrupulous”, and “vile” are adjectives that come to mind.

I can’t speak for anyone else, but certainly I conduct my professional life in a spirit of fairness. I suspect, however, that fairness is something of a subjective concept.

For the sake of our correspondence, I assume you are an exception, and not like the people I describe here. That’s why I’m taking the trouble to provide lengthy, thorough, carefully considered answers to your questions.

Consider this: If Islamic preacher X spoke combatively, persuasively and often, about the decadence of Western values and was later quoted scores of times by a suicide bomber as an intellectual inspiration, would it be fair for a journalist to ignore this, and focus primarily on the preacher’s interpretation of his own conduct?

I don’t know if it would be “fair” or not. I don’t look at those things in those terms.

But I will pose a counter-question: Christopher Dorner is an ex-LAPD cop who recently went on a killing rampage before committing suicide. Like Breivik, he published a manifesto on the Internet. In it he praised Barack Obama and Ellen DeGeneres (among many others).

Should journalists be talking to Mr. Obama and Ms. DeGeneres about the way in which their opinions and beliefs influenced a mass murderer? Should they be referred to as “Dorner’s mentors”?

That is an exact analogy with what was done to anyone cited favorably in Breivik’s manifesto. Fjordman headed the list, obviously, but all of us were treated the same way, even those who were just mentioned in passing.

If this does not reveal to you the double standard of legacy “journalism”, I don’t know what will. Ellen DeGeneres will never have to endure a public grilling for her “influence” on Christopher Dorner, and that’s that.

The double standard is obvious to anyone who is not trapped inside the bubble. There are none so blind as those who will not see.

I wonder, too, whether you believe it is healthy for a person to get all of his information from a site like yours with specialist interests and writers? Or do you believe that he should seek other sources for credible information and interpretation.

With this question you reveal your relative inexperience with alternative media and what it is that we do. Information on our blog and similar sites comes from a multitude of sources, more than 75% from the legacy media itself. We also track down and republish material from small agencies that would otherwise remain obscure.

For example, consider the destruction of St. George’s Church in Fayoum (Egypt) by a Muslim mob last Friday night. Are you familiar with that incident? No?

I learned of it through the Assyrian International News Agency (AINA), a small outlet catering to threatened Christian minorities in the Middle East and North Africa. It was also covered by AGI and ANSAmed, two small Italian services that do invaluable work in the Mediterranean area. But for some reason it didn’t make it into any major dailies or TV networks, as far as I know.

So, once again, I will transform your question into a slightly different one: “I wonder, too, whether you believe it is healthy for a person to get all of his information from the legacy media, where certain important topics and trends go entirely unmentioned?”

I thank you for providing me with the opportunity to order my thoughts and present them coherently in writing. These are matters I often think about, but rarely get a chance to put into words.