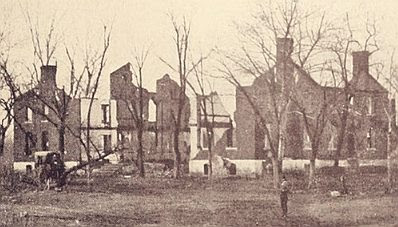 As you all know by now, our blog was suddenly removed last night between 8 and 9pm EST for no apparent reason. Blogger never provided any explanation before, during, or after the outage. I assume it was an internal technical problem at Google.

Below is a portion of a mass email I sent out earlier today to dozens of people who had written to us to ask what happened:

Blogger “removed” our blog suddenly last night. One second it was there; the next it was gone. If we had violated their terms of service, we should have received an email, according to their own established procedure. But we received no email.

I retain my “dashboard” account, as does Dymphna. And, as you can see, I still have the gmail account.

There is no “deleted blogs” link on our dashboards, as there should be if the blog had been deleted deliberately through a normal procedure.

Late last night I began the process that one always goes through with Blogger: we posted requests on the help forum. That’s really all that can be done; you can’t talk to human beings where Google is concerned. We actually received a response, which is unusual with Google. Based on the replies, there seems to have been a major problem with Blogger last night. Many other blogs disappeared in the same fashion.

I anticipate that this is most likely a technical glitch on Google’s part, based on the number and types of blogs that had the same thing happen to them last night. But we should know for certain within another day or two.

It’s also possible (but far less likely, in my estimation) that we were taken down for political reasons. If it was a deliberate take-down, we will migrate to another platform with our own domain. We back up the entire blog frequently, so only a few posts will be missing when we restore.

This is all that we know at present. I’ll send out more emails if I find out anything else. Dymphna will also send out Twitter messages.

Thank you all for your concern and support.

Now the blog has reappeared just as mysteriously as it disappeared. No message, no explanation.

All indications are that this was a technical glitch at Google, given how many other blogs were affected, including lots of non-political ones.

It seems extremely unlikely that there was any political component to the outage. Nevertheless, we will continue with our “disaster preparedness” policy, with an eye towards an eventual migration to a secure platform, one that we have complete control over.

Thanks to everyone for all the emails, skype messages, blog posts, Facebook posts, and tweets. It’s gratifying to know how many friends we have!