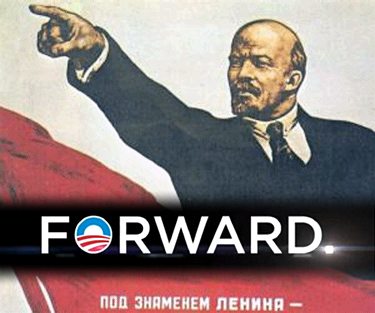 On January 21 the German news site Blu-News published a somewhat jaundiced view of Barack Hussein Obama’s final second inaugural speech. The German MSM experienced anew the familiar tingle up its collective leg, but Blu-News was not so easily hornswoggled.

Circling With the Bankruptcy Vultures

It happened on Monday. At his official inauguration, the re-elected US President Barack Obama made one more pompous speech. Great is the exaltation in the German media. Spiegel Online even tried to present it programmatically. The exhilaration on the Left is hardly surprising. Obama conjured up the very spirits that have led Europe to the edge of the abyss.

Just look: Spiegel Online is talking about a “new Obama.” Wasn’t the old one “good” enough? “Instead of fuzzy nonsense, Obama lays out his agenda for his second term,” report Sebastian Fischer and Marc Pitzke from Washington.

“Fuzzy nonsense” is a good description of Obama’s previous speeches. Until now Spiegel and other German media have never called it by its name. Now, it is allowed. Now that the “new Obama” has arrived. During the time in between, he probably took a trip to heaven for some advice. Fortunately, he has returned.

And this “new Obama” is programmatic. Along with all the rhetoric about peace and justice, Spiegel Online claims to have seen something programmatic in his inaugural speech: “stricter gun laws, new immigration law, steps against climate change, reducing debt and yet retaining the socialist state (SIC!), fighting for civil rights.” Nothing against this last one. Nowadays a European “rightist populist” dreams of such things. Everything before that sounds like a declaration of love to the ideology of the German Left. Specifically, to its mistakes.

With Obama, the USA is moving in the direction of that ruinous statism which has foundered so badly in Europe. With the abuse of a concept of justice which is just as one-sided as it is false, the power of the state will be built up at the expense of the citizens. The paternal state will arrange it so everyone will live high on the hog. Believe that, and I have a bridge to sell you.

Under Clinton, such pure nonsense was called the “Community Reinvestment Act” and its result was first a real estate crisis and then a global financial crisis. The US is still suffering from the effects of failed social policy on the cuff. And to date President Obama has really done nothing to lead the country out of the debacle. That, for most German commentators, is no reason to criticize the Messiah in the White House. That the present crisis will be solved by employing the same stupidities that caused it has long been the consensus in the political and media establishments here. There is “no alternative” says everyone from the Greens and SPD through Spiegel and ZDF right up to the chancellor’s office.

And Water Into Wine…Well, You Know…

In the USA, Obama has to deal with a real opposition “which has in addition been infiltrated by radical conservatives.” That is the impression of Fischer and Pitzke, who for their part have no problem with the fact that the German “opposition” is more than just infiltrated by real leftist radicals. But who is surprised that the average Spiegel correspondent in the USA, with all the democracy and freedoms, should think he is back in truly radical surroundings.

The mood among US citizens could be somewhat different than here. German media are as silent about the fact that Obama did not have that much more in absolute numbers of votes than his Republican challenger as they are about the fact that, outside of “fuzzy nonsense,” Obama has until now accomplished hardly anything in practical political terms. Is the battle against the Germans’ favorite imaginary demon — alleged climate change — now supposed to create jobs and economic growth in the USA? Will stricter gun laws and a new immigration law get the USA back on its feet economically? In his second term, will Obama become the new sorcerer in Washington, who not only tames lions and hovers over the Oval Office and the Capital, but also creates an economic miracle, reduces debts and preserves the socialist state? And water into wine. Well, we’ll see.

Circling with the Bankruptcy Vultures

The new Obama is actually the old one. Even the purported trip to heaven changes nothing. The world waited in vain for the solution to America’s economic problems in the inauguration address. What he said may suffice to transport Spiegel reporters into temporary ecstasies (which hardly requires witchcraft), but all that had little or nothing to do with the important questions of the day.

The fact that Obama’s “fuzzy nonsense” of January 21, 2013 really did sound a bit programmatic must seem more like a warning than a promise to many US citizens. This sort of program — “statism instead of freedom” — has already foundered in other places. And if the European Left rejoices, that cannot be a good sign. Welcome to the failures’ club, Mr. President. You are circling with the vultures of bankruptcy. You are invoking those very spirits that have led Europe to the edge of the abyss. Amen.

4 thoughts on “Moving Towards Ruinous Statism”