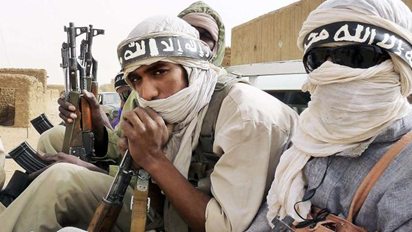 The following article, published yesterday in Bild, describes the danger of terror attacks from “Germans” who return home from Mali to wage jihad against their adopted country in revenge for Western intervention in Africa.

Many thanks to Oz-Rita for the translation:

Because of War in Mali: New Terror Danger in Germany

Berlin – Fighter jets thunder over Timbuktu (North Mali, 50,000 inhabitants). French special forces have chased Islamist terrorists from the town. Thus, the takeover of Mali by Al Qaeda Islamists has been stopped for the time being.

But as a consequence, the danger of terrorism in Europe, in Germany is growing.

In 2012 alone, according to BILD reports, there were about 50 persons from the Islamist-terrorist milieu (scene) in Germany who have travelled to terror-camps worldwide. There they were schooled by members of the terror network Al Qaeda: in close combat techniques, in small arms as well as in the making of bombs. This is revealed in secret documents of the German security services. (BILD is in possession of these papers.)

Assignment for the terrorists: to form “autonomous terror cells” in Germany and then attack prominent targets.

To the 50 Islamists who received training in 2012, add 100 German Islamists who already have a paramilitary training behind them. More than half of them (among them many Germans of migrant background, but also converts) are back in Germany. They have been classified as “dangerous” and are under surveillance by the security services. 10 Islamists are in prison.

Now there is increased concern that the conflict in Mali could make the situation worse! In the secret documents we read: fanatic loners or small groups could use the engagement of the German Army (the German army is contributing logistically with two Transall airplanes) as pretext for attacks. These actions could take place against German installations at home or outside Germany…

Meanwhile the USA plans a base for drones in the Northwest Africa. Those unmanned aircraft will survey the Al Qaeda branches there, according to information from the US Defense Department last night.

7 thoughts on “Bringing the Jihad Home from Mali to Europe”