The renowned Norwegian social anthropologist, political commentator, journalist, and all-around litterateur Thomas Hylland Eriksen is in the news again. The esteemed scholar has taken exception to the manner in which he was described by another commentator in a Norwegian newspaper.

Our Norwegian correspondent The Observer sends a translated opinion piece by Dr. Eriksen, and includes these prefatory notes: 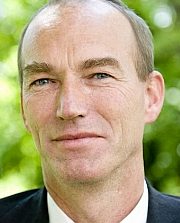 This little nugget from Norway concerns the esteemed and very pompous multiculturalist, Thomas Hylland Eriksen. You may remember that Eriksen blamed conservative Norwegians for Anders Behring Breivik’s murderous actions on 22/7. Well, in November last year the tables were turned and the pompous professor was himself accused of having “ideologically” contributed to ABB’s evil acts, and this accusation was leveled by someone with an immigrant background!

Needless to say Hylland Eriksen was not impressed, and he swiftly brought the matter before the Norwegian Press Complaints Commission (PFU). He wants Aftenposten, the newspaper that published the op-ed, to apologize for seriously hurting his feelings by linking him to ABB. He doesn’t seem to be too concerned about the feelings of the people that he himself hurt by linking them with the 22/7 attacks.

By the way, the original online interview with Hylland Eriksen in which he uttered the now infamous quote about ‘deconstructing the majority and do it in such a way that it can never be referred to as a majority again’ has been removed as per the professor’s request — it seems that he’s a little bit of a censorship freak, too.

Readers are invited to take a walk down memory lane to the aftermath of the Breivik massacre, when Thomas Hylland Eriksen wrote an op-ed for The New York Times entitled “A Blogosphere of Bigots”. In his analysis he named and linked this blog (in its previous blogspot incarnation) as one of the dangerous nests of bigotry and hatred that inspired the Butcher of Utøya.

In the controversial op-ed which published last November the author and lecturer Lily Bandehy claimed that the social anthropologist and social commentator Thomas Hylland Eriksen has fueled anti-immigration sentiments in Norway by not “raising sensitive issues that can fuel racism.”

“He wrote about deconstructing democracy which was the last drop for mass murderer Anders Behring Breivik,” Bandehy wrote. In the online version of the op-ed this section has been rephrased.

After the verbal feud, the social anthropologist reported Aftenposten to the PFU for violating the media code of ethics Section 4.16 on objectivity and consideration.

In the complaint he stated that Aftenposten should never have published Bandehy’s op-ed, partly because it is “journalistically weak, and because Bandehy reveals poor knowledge and poor understanding.”

“The message in the op-ed is that the so-called anti-racists come across as racists, a claim which she attempts to substantiate through a variety of lies, half-truths and insinuations and by pointing a finger at me,” he writes.

Aftenposten did not promote a “fair and free exchange of information and opinion,” as the media code of ethics requires them to do, the professor claims.

Aftenposten rejects the appeal, in part because “the op-ed is within the limits of what a social commentator of Thomas Hylland Eriksen’s stature must have to accept in an ongoing debate.”

The professor responded that he has “to accept some” — “but not in this manner.” “Bandehy has showed in both in her op-ed and in her response to me shows that she doesn’t understand what I write about and what I talk about,” and that Eriksen doesn’t blame her for this, but that Aftenposten “should have known better.”

Aftenposten, on the other hand, claims to be fully within their rights to publish an op-ed that the complainant doesn’t like, that misinterprets him, and which the complainant believes should have been rejected.

However, the newspaper concedes that the section about Behring Breivik “should have been worded in a different manner.”

“It’s about what people have to accept”

According to Per Edgard Kokkvold, the Secretary General of the PFU, it is very rare that op-eds are brought before the PFU. He says that newspaper editors are not responsible for the opinions presented in op-eds, but that they still have “personal and full responsibility for the content,” as per the media code of ethics.

In that regard, the question that the PFU will discuss tomorrow is not essentially new.

“Hylland Eriksen, like many others who report things to us, feels insulted. This case is about what a person who engages in the public discourse must and should accept,” says Kokkvold.

7 thoughts on “Blowback for a Blowhard”