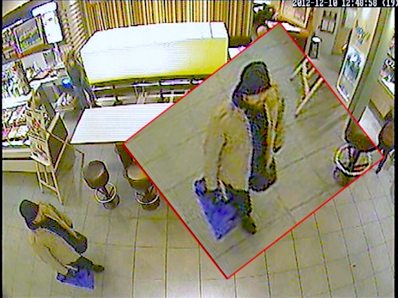 Our German correspondent Tiedar sends this update about the bomb discovered on Monday in the Bonn railway station:

According to n24 and Reuters news reports, the two men arrested yesterday were released in the evening because the evidence was insufficient to confirm suspicions about them. The police are still searching for a third person through the surveillance camera image.

The N24 report says that at the moment it’s unclear whether it was really a terrorist attack, because the bag contained flammable material, but no detonator has yet been found. Therefore the police are searching Bonn’s main station to find it, because when they deactivated the bomb the bag was destroyed, and parts were spread over the entire station.

In case of the explosive found in the main station of Bonn the agents are searching for another suspect. In addition to the dark-skinned man, they are searching for a light-skinned one. He can be seen on a videotape made in a Mc Donald’s branch in the station while carrying a blue bag which “might be” the one which was placed on the station platform.

“The dark-skinned man is probably an important witness”, but he may also be a suspect, according to a spokesman at a press conference.

In the opinion of Rainer Griesbaum, the leader of counterterrorism department, the bag’s charge was highly dangerous. The mechanism contained a metal tube filled with ammonium nitrate, with four butane gas cartridges arranged around it. There was also an ignition device with a battery-powered timer, but no detonator has yet been found.

As for the possible motive for placing the bomb, Griesbaum wouldn’t speculate. An “angle leading primarily towards Islamic terrorism” hasn’t been proved as of yet. It could also be politically-motivated, or a common crime. “Everything is still open” Griesbaum said.

According to a Spiegel report, the examination of the explosives isn’t finished yet, but all the material could cause “a huge and dangerous fireball” with a considerable blasting force and a big spray effect.

The police are still searching for the dark-skinned man who according to witness statements pushed the bag in front the feet of teenagers and then went away. The man could be both suspect and witness, said Norbert Wagner, the leading forensic director.

Federal German investigators haven’t taken over the investigation yet, because a terrorist background couldn’t be definitively be determined yet.

There are no surveillance photos from the station platform. According to a Spiegel report, the cameras were set in a basic position so the emergency telephone could be seen. Furthermore, the pictures weren’t permanently saved. Die Bahn said they use video systems which live-stream into the headquarters of the federal police, who also determine which camera pictures have to be recorded. In this case, none of them.

There’s an English-language article at Reuters, and this summary at CNN:

German authorities suspect Islamist extremists were responsible for planting an explosive device Monday beside a track at the main railway station in Bonn, a German intelligence official tells CNN.

The explosives were found after a 14-year-old reported the bag to police, according to the official, who said the device was “not sophisticated” in design.

The official said whoever left the bag remains at large. Initially, German police arrested two Bonn residents soon after recovering the explosive components, the official said. The official identified them as Omar D., who’s long been on German security services’ radar because of his alleged links to Islamist extremists, and Abdifatah W.

2 thoughts on “The Latest on the Station Bomb in Bonn”