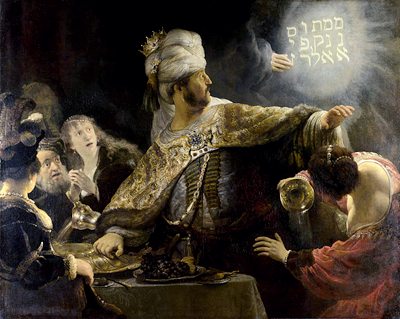 On December 5, Fjordman published an article at FrontPage Magazine entitled “Internet Hate and Double Standards”. Among others, Fjordman links to an allegation by a “science historian,” one Vidar Enebakk, that a group of people stand behind the pseudonym Fjordman, rather than a single, courageous Norwegian who has taken this nom de plume.

This reminds me of the famous scene in “Spartacus.” The slave revolt has been squashed; the warriors — once slaves — now chained again. They sit dejected while a herald is reading the proclamation of the victorious Roman general, Marcus Licinius Crassus. “Slaves you were,” he says, “and slaves you remain”. He then promises that the lives of the captives will be spared, on the condition that they identify “the slave Spartacus.”

In this vein, if it pleases Monsieur Enebakk, I am Fjordman. I am sure a few hundred others in several countries will stand up and declare, “I am Fjordman.” All reviled opponents of the New World Order, who refuse to be Multicult’s slaves.

Enebakk posted comments to Fjordman’s article in which he accuses the Norwegian writer of providing major inspiration to the mass-murderer Breivik. He then asserts with unwarranted confidence that Fjordman “said a lot of stupid things about civil war and our political elites being traitors to be held accountable for their betrayal.”

One could only wish the science historian knew something of the kind of history that dispels the fog of conformist stupidity. Starting with the Bible: the greatest historiography book of all time that, not too long ago, was on every bed stand in Norway. For what Mr. Scandiprogressive is throwing at Fjordman is what the Israelite or Judean crowd was saying about every prophet warning about the consequence of bad mores and attitudes that had taken hold.

When Jeremiah warned King Zedekiah and the Judeans not to fight the Babylonian army, or else there would be disastrous consequences, they threw him into a well, fought the Babylonian besiegers, and lost half their population, their temple and their country in that war. When Jesus pleaded that they change their ways and render to God and Caesar what was due, they accused him of blasphemy, delivered him to Pontius Pilate, didn’t change their ways, took up arms against Rome, and lost their country and half the population, again.

There are at least a dozen such stories in the Bible, and there is Cassandra in the story of the fall of Troy (e.g. in Aeschylus’s Agamemnon). These events must have happened, and they have all been written up for posterity’s benefit — so that we not repeat the same mistakes.

In the modern era there are dozens more cases, particularly with respect to the ruling elites’ persistent ignoring of the warnings going back a hundred years about the nonviability of Socialism. The classic example of this eternal stupidity is in the revilement and political isolation of Winston Churchill for the ten years preceding 1939, because of his warnings about the dangers of Nazi militarism. And then comes a bunch of Comintern/ Gramscian socialists for whom the Bible is a laughingstock, Homer is nothing compared to Rigoberta Menchu, and Churchill is just a dead white male imperialist. So they take us back to where we were 2600 years ago

What Fjordman and several other clear-seeing thinkers are saying, myself included, is not to encourage people to wage war but to warn against the ruling elites policies that will bring war. We are the anti-war crowd; the Enebakks are the warmongers. Moreover, while the Snatchers-in-charge persecute the warning prophets, Nazi movements are sprouting all over under their noses. The stronger the Progressive rulers clamp down on Fjordman & Co., i.e. the reasonable, thoughtful opposition, the greater the power they bestow on the renascent Nazis.

As to accusing the ruling elite of treason, it’s not the accuser who should be brought to account but the regime that commits the treason. Just so that we don’t get confused, treason has two universal meanings. The second one is “betrayal of trust or confidence.” Ruling elites who on account of their folly deliver their peoples to the present and future woes of Islam-infused Babylon with all social capital destroyed and most of the material and cultural ones too, betray their nations’ trust. That’s all there is to it.

The book of Daniel describes a great feast in the court of the Babylonian king, Belshazzar. Sacred vessels pillaged from the Temple in Jerusalem are being profaned — vessels that would not have found their way to Babylon, had the hard-hearted Hebrews listened to Jeremiah. Then, a writing appears on the wall: “Mene, Mene, Tekel, Uparsin.”

Belshazzar calls his necromancers but no one is able to decipher the meaning of this strange inscription. Then Daniel is summoned, he interprets the four words as a prediction of the end of Belshazzar and of Babylon too. Belshazzar then rewards him handsomely and promotes him to a high position. That night, Belshazzar is slain and Darius the Mede takes over his realm.

Is it too much to ask of 21st century soi-disant Norwegian compassionate Progressives that they treat their Daniels with at least a small part of the courtesy and gratitude that a 6th century BC Babylonian tyrant showed to his interpreter of the writing on the wall?

Afterword from the Baron

Apropos at this point is Robert Hunter’s retelling of the biblical story of Daniel, from his album Jack O’Roses:

Book of Daniel
by Robert Hunter

Calling down the gods of gold, silver, stone and wood
The mighty king of Babylon, the proud Belshazzar, stood
Drinking glory to himself as though he were a god
When an armless hand appeared among that party crowd
Came drifting through the window to write upon the wall
Four words that didn’t make much sense at all

The king turned to his friends in fright, in frenzied desperation
But not one soul among them could make interpretation
The queen said: long ago there was a wise man in this land
Why don’t you send for Daniel? He could read them

Daniel walked in bent but tall, spat upon the floor
Let me see these words… well, hmm — yes… I’ve seen them before
They simply mean your days are numbered; fact, they’re even run
You’ve been judged in the balance and found wanting
Your royalty is just a gift — your father learned that lesson
By losing both his kingdom and his reason

So great in pride he was cut down, driven to the field —
Lived there like a wild beast until his pride did yield
And when the king, your father, achieved humility
He was restored his kingdom and his sanity

And though you knew all this to start, you humbled not your heart
The writing on the wall commands your fall!
Old King Darius that night slew Belshazzar
Appointed Daniel prince and first adviser
The lesser princes being jealous, drew up a decree
Allowing prayers to no one but the king

They caught old Daniel dead to rights, down upon his knees
Threw him in the lion’s den for breaking that decree
Daniel walked among them safely, by his faith protected
The king said: This is just what I expected
Now you who brought me Daniel may kindly go yourselves
Into the lion’s den — see how you fare there

What shall be the end of this? How shall it pass away?
Get up, old Daniel, never mind, get up and go thy way
Further words are closed and sealed until the end of time
Many shall be called, each in his season
In wickedness of pride is lost the light to understand
How little grace is earned and how much given

14 thoughts on “Stupidity Worse Than Hate”