The following essay by Nick of The Frozen North about the disappearance of liberty in Modern Multicultural Britain was originally published at Patriot’s Corner in a slightly different form. 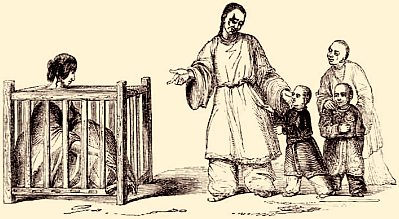 The Nature of Tyranny
by Nick McAvelly

The philosopher Isaiah Berlin gave a lecture at the University of Oxford in 1958 which has appeared in print several times since. In that lecture, Berlin discussed two concepts of liberty, and argued that a form of tyranny exists which claims the name of freedom, but which has fuelled some of humanity’s darkest excesses. I argue here that we are on a slippery slope towards that same tyranny today.

Playing devil’s advocate here, it might be asserted that no such tyranny could arise in a democratic society. But as Berlin, and John Stuart Mill before him, have pointed out, this is indeed logically possible. To believe otherwise is to indulge in wishful thinking.

In Britain today, a country where elections still take place, the political class are wedded to the doctrine of multiculturalism, but this doctrine is barely discussed by the majority of British voters.

In his lecture, Berlin defined “negative freedom” as the range of actions open to an individual and argued that this could be extended, and your liberty increased, by either overcoming and defeating obstacles in your way, or by taking steps to reduce your desires and aims. The latter course of action would result in a condition being reached where you no longer wanted what you couldn’t have and, having no frustrated desires, you could therefore be said to be more “free” than someone who did.

This process of eliminating your desires was likened by Berlin to retreating into a citadel. In Britain today people are more concerned with watching The X Factor in their free time than they are with discussing the doctrines of Islam, or of considering the long-term consequences of uncontrolled immigration. And that is the way mainstream British politicians like it.

Any British citizen who speaks openly about the fundamental tenets of Islam, or the character of Islam’s prophet, or the policies of shariah law, will find himself in for a rough ride. As more and more British citizens are finding out, speaking about Islam in our country today means your character will be assassinated, your livelihood will be in jeopardy, and you may very well lose your liberty. Your life may even be at risk. This state of affairs serves two purposes. It reinforces the citadel which the political class are happy to see British citizens live inside, and it lets everyone know what will happen to those who venture beyond the walls.

In Britain today, under Section 4A and Section 5 of the Public Order Act, it is a criminal offence to use insulting words. The negative freedom of British citizens has been reduced by this legislation, and this has happened in a democratic society.

The political class don’t want working class British citizens to question the doctrine of multiculturalism. And they will sacrifice your liberty and mine in order to implement their solution to the problem of how we all ought to live. In one of the most well known passages in philosophy, Berlin said:

“One belief, more than any other, is responsible for the slaughter of individuals on the altars of the great historical ideals – justice or progress or the happiness of future generations, or the sacred mission or emancipation of a nation or race or class, or even liberty itself, which demands the sacrifice of individuals for the freedom of society. This is the belief that somewhere, in the past or in the future, in divine revelation or in the mind of an individual thinker, in the pronouncements of history or science, or in the simple heart of an uncorrupted good man, there is a final solution. This ancient faith rests on the conviction that all the positive values in which men have believed must, in the end, be compatible, and perhaps even entail one another.” (Isaiah Berlin)

We are told that all cultures and values are compatible and that our own British culture will be “enriched” because of uncontrolled immigration, which will apparently cause “diversity”; that multiculturalism provides the final solution of how mankind ought to live, and the freedom of British citizens to think or say otherwise can, and indeed must, be sacrificed in its name.

But if it cannot be logically demonstrated that different values (from one culture, never mind different cultures) are compatible with one another, and our experience shows us that different cultural values are not in fact reconcilable with each other then as Berlin argues, the very notion of a final solution to the question of how we are to live is “a formal contradiction, a metaphysical chimera”.

The fundamental tenets of Islamic doctrine contradict absolutely those of Christianity, for the religion founded by Mahomet denies the crucifixion, denies that Jesus was the Son of God, and denies the Trinity. Therefore the religion of Islam cannot be reconciled with Christianity. Experience shows us that the demands made by Islam upon those who submit fully to it cause people to act in ways that are directly contrary to our most cherished cultural values. And as societies becomes shariah-compliant, the negative liberty of women, children (who are brought up to think of themselves as Muslims) and non-Muslims is significantly reduced, a fact which clearly demonstrates that Islamic doctrines are logically incompatible with human freedom.

It follows that we are as likely to see a beast walk the earth with the head of a lion, the tail of a serpent, and the body of a goat as we are to see multiculturalism actually work.

That will not prevent those politicians entranced by multiculturalism from striving to implement their final solution to the question of how we should live our lives. We have seen tyrannies arise throughout history, and some of the worst began by restricting the negative freedom of their own citizens, and silencing political opposition. In the landmark television series The World At War, Christabel Bielenberg, who was married to a German at the time, said that the Nazis inflicted their tyranny upon German society “drip by drip, rather like an anaesthetic, one could almost say, and it was only when a specific thing that he did hit you personally that you actually realised what was going on.”

No one living in Britain today can seriously believe that our politicians are infallible. To paraphrase John Stuart Mill, British politicians do not have the authority to decide how we ought to live our lives. But to refuse a hearing to an opinion which contradicts theirs because they are sure it is false is to assume that their certainty is the same thing as absolute certainty. The political class in Britain today believe that, in the doctrine of multiculturalism, they have the final solution to the question of how humanity should live.

So we have fallible people chasing a logical impossibility, a “metaphysical chimera”, and slowly restricting the negative liberty of British citizens so that any dissenting voices who might speak out against that fabulous project cannot be heard. History teaches us that when these conditions obtain a society is heading down the slippery slope to tyranny.

There is no final solution to the question of how we should all live our lives. That is precisely what makes our freedom so important. Knowing that the claims of the religion founded by Mahomet absolutely contradict both our own British cultural values and our own religious beliefs, we are free to reject it, lock, stock and barrel.

That is what it means to be free. If anyone doesn’t understand that, of doesn’t like it, then quite frankly, I just don’t care.

12 thoughts on “The Nature of Tyranny”