The following guest-essay by Cynthia Yacowar-Sweeney was published previously in a somewhat shorter form at FrontPage Mag. 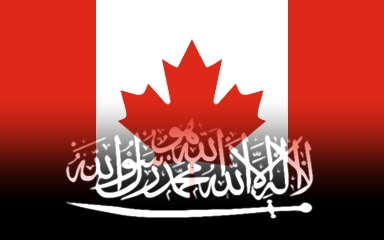 Freedom of Expression Challenged in Montreal Classroom
by Cynthia Yacowar-Sweeney

It has just come to my attention that the Bush-bashing 2004 documentary film Fahrenheit 9/11, written and directed by American liberal filmmaker and political commentator Michael Moore, has been added to my daughter’s high school curriculum in Montreal, Quebec, Canada. Surprisingly, no other viewpoints were presented to counterbalance this extremely anti-American biased film, in which Moore directs all his disapproval against American society. By showing only one side, the school has not only endorsed Moore’s film and all it represents, but it has also denied its students freedom of expression.

Moore’s Fahrenheit 9/11 accuses former President George W. Bush of looking the other way while terrorists were plotting 9/11 and while they were reorganizing after the attack, for his own political and financial gain. No blame is placed on al-Qaeda or any other Islamic terrorist group, which suggests that the United States is as morally corrupt as al-Qaeda, the Taliban or any other jihadist terrorist organization. The students of Current Politics walked out of this film with a very one-sided biased viewpoint, hating America. And this view is further reinforced by a socialist agenda that is being pushed in class by the same teacher who, like the multi-millionaire Moore, is against the capitalist nature of American society.

Is this how we want to raise our children, exposing them to only one narrow viewpoint that hates Western values? We live in a country that gives us the right to express our opinions and beliefs freely without censorship. So why not expose students to a fuller spectrum of thought with alternative views? This is especially significant today, when Western values such as free speech are being threatened — as evidenced by last year’s adoption of hate speech laws in the form of UN Resolution 16/18, thanks to the support of the Obama administration.

This resolution, sponsored by the Saudi-based Organization of Islamic Cooperation, which consists of 57 Islamic states, seeks to restrict free speech by criminalizing any criticism of Islam, whether that criticism is true or false. Here’s some context for the OIC: its main goal has been to make Islamophobia an international crime. For decades it has been relentlessly pursuing UN resolutions that would criminalize any speech about Islam. Finally in 2005, the OIC drafted its “ten-year plan” that lists the many challenges Islam must overcome, free speech being one of them.

According to author and expert on Islam Robert Spencer, “punishing those who criticize Islam is in accord with classic elements of Islamic law, which mandates that criticism of Allah or Mohammed or the Koran is punishable by death.” Shariah or Islamic Law, which forbids any criticism of Islam, has therefore been implemented with the adoption of this resolution. Although not “legally” binding and not proclaimed into full force — not just yet — this resolution could very likely become international law if it passes repeatedly in future years, especially if it passes in more than one UN body. In fact, earlier this year, UN Resolution 16/18 passed once again in the 19th session of the UN Human Rights Council, as Resolution 19/25.

For those of us living in Western democracies who think we need not worry about losing our right to free speech, under the naïve assumption that it is fully and permanently protected by our country’s set of rules that govern speech laws (like the First Amendment in the US or the Canadian Charter of Rights and Freedoms) — well, think again. These sets of rules do not necessarily grant our rights and freedoms permanent immunity from the implacable resolve of Islamic organizations such as the OIC that seek to restrict our freedoms with their Shariah agenda. There are ways around the First Amendment that could make this resolution legally binding, thereby reducing free speech protection. According to Robert Spencer, “all it takes is five judges on the Supreme Court and the First Amendment can be effectively defanged.”

The terms of UN Resolution 16/18 to suppress free speech about Islam have already taken effect in the US: counter-terrorism training material for the US military, law enforcement and intelligence, as well as curriculum material for the Department of Justice, Department of Homeland Security and the State Department, are in the process of being purged of any reference to Islamic terrorism or to Islam in general. So far, hundreds of documents and presentations have been discarded because the OIC and Islamic organizations like CAIR (Council on American-Islamic Relations) and ISNA (Islamic Society of North America) do not want Americans to know the truth about Islam, its history of violent jihad against non-Muslims, and its draconian laws against women and gays. These organizations are working together to divorce Islam from terrorism in all aspects of life, including the media and the educational system, and to end free speech by eliminating any criticism of Islam. Their ultimate goal is to eventually replace the US Constitution with Sharia and to establish an Islamic State.

Here’s some context for CAIR and ISNA: both were named by the US Justice Department as unindicted co-conspirators in the 2007-2008 Holy Land terror funding trial (to smuggle money to Hamas), the largest terrorist financing case in US history. Both are listed as affiliated organizations of the Muslim Brotherhood in its Explanatory Memorandum on the General Strategic Goal for the Brotherhood in North America that was published in 1991, whose stated goal is to subjugate America to Shariah and destroy Western civilization from within. And so far they seem to be doing a great job, simply because they are allowed to, advancing at a gradual pace, using tactics different from al-Qaeda’s, but with the same agenda. CAIR and ISNA, two of the most important Brotherhood affiliates in America, seem to be deeply involved in affecting US policy against Islamic terror.

Censoring critical information regarding Islamic terrorism or Islam in general — which is in accordance with Shariah — jeopardizes US national security and makes it impossible to effectively combat terrorism, from within the country and abroad. To make matters even worse, US military and intelligence counter-terrorism training instructors, who are experts in Islamic law, have been fired for speaking out against Islamic Jihad, Islamic Law and the dangers of radical Islam. So much for our freedom of expression.

And just when you think it cannot get any worse, it does: Islamic groups supportive of Hamas are now invited into FBI and CIA counter-terrorism meetings and training sessions, not only to approve or disapprove of the curriculum, but also to lead the training programs. All this remains unknown to the students of the Current Politics class, and probably to most US citizens as well.

You can bet your bottom dollar that any material containing views contrary to those expressed by Moore will not be shown to the students of Current Politics, despite its stated aim in the course description to “help students grasp the complexity of the world today and be open to the diversity of the societies that make it up.” Again, only one extreme viewpoint was shown, no diversity was presented.

Indoctrinating and exposing students to only a “truther” and socialist point of view, and leaving them in the dark when it comes to anything else — such as how Shariah is creeping into institutions across the Western world, and sometimes even under the guise of UN resolutions — make it impossible to achieve the stated goals of this school program.

Exposing students to a fuller spectrum of thought is what school education should be about. Why not remain true to the stated goals of the handbook and embrace diversity by presenting “other” perspectives to counter those of Michael Moore — such as Michael Moore Hates America by filmmaker Mike Wilson, or Michael and Me by radio and TV talk show host Larry Elder, or better yet, Steve Emerson’s Jihad in America — The Grand Deception.

After all, free and critical thinking, objective discussion about controversial issues, and the pursuit of truth are essential to prepare students for higher education. And this is only possible by disseminating more than one viewpoint to show that alternative views do exist by — that is, as long as we still have Freedom of Expression to do so.