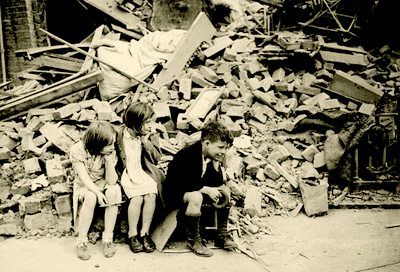 This is the second day of our Autumn Quarterly Fundraiser. It is also Tommy Robinson’s thirtieth birthday — the age I’ve always considered as the real beginning of one’s majority. This is where life gets serious. It’s a time for looking back and peering forward.

When Tommy looks back, he sees the Aftermath, the wasteland created in his own life by those in power. The authorities broke his business, took away his computers, harassed his parents in their home, damaged his car, froze his bank account and persecuted him relentlessly. All this for daring to call attention to the things that are deeply wrong in England. All this for demanding that England not to be sold off to its immigrants, that instead Englishmen be permitted to continue to live their proud heritage.

The USSR has moved from Russia to take up residence in England and the rest of the United Kingdom. God help the Brits, and particularly, God help Tommy.

You’re thirty years old today. Hard to believe, isn’t it? Could time have really moved so quickly, carrying you over the white-water rapids of your twenties to this moment? Are you beginning to feel mortal? Many of us are feeling quite mortal for you, even if you’re not.

It’s ironic that your third decade should begin in solitary confinement in Her Majesty’s prison. Given your naturally gregarious nature, this unjust incarceration probably wasn’t in your plans regarding the ways you’d considered to observe the passing of your twenties. Certainly you didn’t think you’d be so utterly alone? In the present moment I doubt it helps much to know that many people all over the world are observing it with you. After all, you can’t see them, nor can they wish you well in person.

Your imprisonment is unjust. We know that quite well, but none of us has any power to help change what is happening to your country or to you. We are hard put to stave off the damage to our own sovereign states. The system under which you live has become increasingly sovietized and impersonal, and you have become an impediment in the rapidly increasing process to make all of you the same.

You’re too much of an individual, Tommy. You’re ornery; you stick your neck out too far. If they cannot crush you and shove you back into line, you will jeopardize the project of leveling everyone into a predictable, passive and manageable sameness.

The one I think of today is your mother. This must be a desperately sad time particularly for her, this first birthday without you. No matter how old our children get their birthdays remain important. That’s a day you and she share in particular, and her memories of your arrival into the world — your first breath, the first time she held the surprising weight of you — are imprinted on her heart. That is why being forced to miss the beginning of your third decade must indeed be a sad occasion, though not nearly so sad as the uncertainty she experiences at not knowing how many more she will be forced to miss.

As it happens, I do have one small token to offer. Until the Baron told me it was your birthday I hadn’t thought of it as a gift, but now I see it fits perfectly for the occasion. Indeed, it is synchronous, because I received this same gift when I was just your age. It has proved to be of immense value in my own life and I hope it can be such a gift in yours.

One thing is certain: should you find this as useful as I have, then no amount of sorrow or loss can take it from you. You’ll find it an excellent companion no matter where you are or who is oppressing you.

I stumbled upon the efficacy of this prayer by accident. Subsequently, it was to grow on me and within me as the circumstances of my life changed. There have been many paths, some of which I could only see in retrospect. But no matter which road I chose, or which one seemed to choose me, the psalm stayed with me, always there in one form or another.

Let me present the psalm to you first, and then I’ll attempt to explain how it has functioned in my life. No doubt you know this one already, but here I’m asking that you learn to “know” it in a different way, a way that suits your coming of real age as you turn thirty. This version here is my own, though not on purpose. It just became itself under the many years’ use it was put to. Nor do I any longer remember what rendering I adapted for myself. Now, after decades of almost daily use, what you see is its current form. If you in turn pick it up as yours, the words will change again as you make it your own. However that turns out, the structure will remain. And it is through this structure I would have you learn by heart what the Psalmist was praying all those thousands of years ago:

The Lord is my Shepherd; I shall not want.
He makes me to lie down in green pastures;
He leads me beside still waters.
He restores my soul.

He leads me in the paths of righteousness for His Name’s sake.

Yea, though I walk through the valley of the shadow of death
I will fear no evil, for You are with me.
Your rod and your staff, they guide and comfort me.

You have set a table before me in the midst of my enemies;
You anoint my head with oil,
My cup runs over.

Surely goodness and mercy will follow me all the days of my life
And I will dwell in the House of the Lord forever.

As I said, this is my version, including the punctuation. It doesn’t stray far from whatever “orthodox” form is used in any prayer book.

If you look at it closely, Tommy, you’ll see that this is a distillation; it describes in the most elemental terms the course of a life lived within a spiritual framework. Sometimes I wonder how many generations it took to construct its final form.

Look at the first four lines:

The Lord is my Shepherd; I shall not want.
He makes me to lie down in green pastures;
He leads me beside still waters.
He restores my soul.

Is that not the self-satisfaction, even relief, of a child who knows he is safe? This is a kid who knows nothing bad can happen to him.

Then comes the stand-alone,

He leads me in the paths of righteousness for His Name’s sake.

It took me a few years to comprehend the meaning here. Probably because we’ve coarsened the word “righteousness”, adding “self” as a prefix rather than permit the meaning to come through. For me, this is the adolescent or young man, learning how to move out of that safe pasture and into the real world while still maintaining the things he was taught. In other words, he’s learning to “walk the walk” now.

Then comes the much more difficult part of growing up: walking in an aftermath, a wilderness of what used to be our culture, only we know it’s not ours anymore. Instead, where we used to live has become little more than “the valley of the shadow of death”; those who were supposed to be our leaders abandoned the job to chase money and power.

But notice something here: the Psalmist has moved boldly to the first person, talking directly to God, naming him — You are my rod and my staff and describing how God blesses him even in the midst of his enemies. He is claiming what is his at the same time that he is expressing his gratitude for the largesse of God’s gifts.

Finally, in the last stanza the Psalmist moves back a bit and takes up once more his narrative account of what life will be like lived under God’s tutelage and protection. The final outcome will be to live in his Father’s house. Forever — whatever that means.

This is my gift for you, Tommy. You are in first place when I sit down to consider the fallout of the last few months. There has been so much damage done to so many people, but your being locked into solitary confinement down in the prison basement without any opportunity to have warm clothing is surely one of the worst in a presumably ‘civilized’ country.

Their treatment of you — while aboveground life continues on as if nothing much has happened — makes daily life in England seem sinister now. It is designed to break you and get you back in line. Meanwhile, people go about their daily lives, Parliament bloviates, the Sphinx Queen continues her reign, and the daily papers are all atwitter with endless news of what piece of clothing “Kate” is wearing to what event. It’s all so civilized. It’s all so rotten to the core.

I hope you can make use of the 23rd Psalm. It’s a continuous prayer best begun around the age of thirty. Meanwhile, we will send this letter via the post office and then check to see if you’re permitted to receive books mailed directly from booksellers. Prisoners here may have them. If that’s the case, then I’ll send you Dietrich Bonhoeffer’s letters. His letters from prison, at that.

On the first day of our quarterly bleg, donations came in from the following locales:

17 thoughts on “An Open Letter on Tommy’s 30th Birthday”