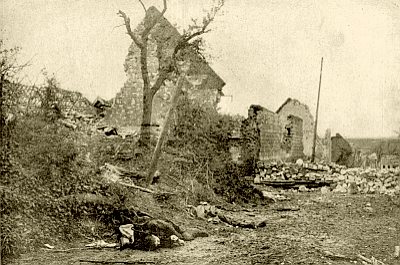 All you old-timers know by now that each quarter’s Fundraising Octave has a theme…of sorts. These themes usually suggest themselves as the deadline for the new bleg approaches. They kind of meander over to us and suggest, sotto voce, what we might want to consider.

Not this time. Nuh-uh. The 2012 Autumn Fundraiser came flying in through the open window where I was sitting in the kitchen. The arrow to which it was attached made a mighty “THWACK” as it embedded itself into the soft pine of the long refractory table right next to the potted ivy geranium I’d just dug up from its summer place in the garden. For a split second I thought, “Uh-oh; those Early Woodland Indians have come to reclaim their spot…”

After all, this land did belong to them once — something I can’t forget — they won’t let me. Every time I dig in the flowerbeds broken arrowheads or other half-worked pieces appear amongst the other rocky fragments in the clay soil. It’s difficult to come upon one of those broken bits and not wonder about the long-disappeared person who’d begun to make an implement with the piece I’m holding. Sometimes when the piece is larger than usual or more finely worked, there’s a sense of connection. It’s not a great leap from that consideration to panning out to a larger picture — from this individual “who” to the tribe to which he belonged, to perhaps other nearby kin groups… and then to their eventual disappearance.

Fade to black, and who knows why? We can only guess at their eventual replacement by other, later, unconnected tribes. Oh, and yes indeed, you certainly do learn to think these things whilst still continuing to dig up those weeds or make that hole for the new rose bush.

So… what gives with that arrow firmly embedded in my kitchen table? While the symbolism might be a tad aggressive, it certainly got my attention. The paper tied with twine is cut off the shaft, unfolded and brought to the window for reading. It has a simple though pointed message: This is the aftermath. We’re entering a dark time.

Well, duh. We’re not just “entering” the dark, we’re already there. But I’d be hard put to pinpoint the exact moment I realized the urgent need for candles and matches. Or when the sense of foreboding rose to the point of being a palpable, pervasive, and permanent presence. By “permanent” I mean it is now part of my consciousness, and will be a part of my being for the rest of my life. Whether or not my children will live long enough to see something new and worthwhile emerge from the turmoil they must needs endure for the immediate future is an open question.

Now just because there is no end in sight doesn’t mean The End doesn’t lie ’round the next bend. Nor is there any way to tell if this ‘end’ is a cul de sac or if it opens out into something so novel and benign that we can’t imagine it right now.

The general consensus isn’t betting on rainbows and fertile valleys, however. It won’t even wager on children, for crying out loud.

For each of us (individuals, families, localities, etc., in other words, something corporate entity small enough to get our hearts and minds around ) this descent into darkness, this sad assent to the fact that we’re in some strange new territory that feels unsafe and ugly and alien is likely to have occurred in stages. Just as it doesn’t go from noon to twilight in a moment, so it is with the recognition of the Aftermath in which we are forced to live, like it or not. For all of us the content may differ but the process is sadly the same: some collection of events we’d hoped to avoid — or the failure of our hopes that other compensatory events would transpire to ameliorate the evil — culminates in a moment that Arthur Koestler called “Darkness at Noon”.[1]

Below is my own list of occurrences that brought me to this understanding of the Dysphonic Present we’re all facing. No doubt I’ve left out many equally serious episodes; one can only encompass a finite amount of bad news. Eventually, we numb out.

For example, the recent news that Morsi had declared himself Egypt’s dictator rolled off my back. I shrugged my shoulders and kept walking. A few years ago that would have made my list of Evil Events. Not anymore. Maybe the powers that be are counting on this mental overflow for all of us, perhaps they’re hoping we will all become numbed to the reality they’re unrolling. The problem they face is knowing when the more robust among us will finally cave. I’m guessing that for some of us, that moment will not arrive. However, my glass is obscured: I’ve no idea what they plan to do about The Holdouts.

So to begin our Quarterly Fundraiser, I offer for your perusal Dymphna’s List of Evil Events. I’m guessing that the one I begin with was my own personal tipping point into the dark, but no one really knows herself well enough, or can gain enough distance from her own heart, to say this with certainty. All I know is that it’s the one which preoccupies me at the moment we begin our fundraiser; I plan to discuss it in more detail in another post in the coming week.

I jotted down a higgledy-piggledy list, off the top of my head — or my heart. So there’s no chronological order here. The outrage is in no particular order, except perhaps that each one would suggest another as I jotted them down. No chronological order, no ordering by the seriousness of the outrage. It’s simply not possible to do that: to decide how these violations of common decency or lapses in integrity could in ranked.

This is just a list. Each thing on it is insufficient by itself yet each is crucial for the moment when I reached for candle and matches. Bear in mind that this is the list of an American Anglophile woman. Your list will differ, and so it should. When did my darkness descend? When did the moment of realization that I was living in the Aftermath arrive?

It was all of these and more. The four years of Obama’s broken promises. His sullen, mean-spirited refusal to work with Congress. His hyper-race-baiting, as first truly revealed for all to see in his need to create “the Beer Summit” to cover his own deep, abiding and reflexive hatred of whitey. His stonewalling of the investigation of gun-running set up by his Department of “Justice” head, Eric Holder, and his ignoring the moral weight of those hundreds of deaths in Mexico that were the result of Holder’s bungling?

On another level of his repeated insensitivity in the face of tragedy, I will never forget my shock when he skipped the memorial for those killed on the oil rig in the Gulf of Mexico so he could go to California to campaign for one of his politicos.

I saw a site recently that had a list of several hundred Obama atrocities and broken promises; I happened upon it while looking for something else. They were obviously keeping count — I envy such energy when in fact the enormity of his transgressions simply makes me tired.

I don’t care what he does anymore because it’s not him. It’s us. We’ll have to beg, borrow or steal some trenching tools and dig ourselves out of this hole.

In the coming week, I will be not be focusing exclusively on the evil, nor on the surrounding Darkness, nor on the misery-makers who slither through the halls of power sucking up to the cronies. Some of them do need exposure, but even more than that, we need to know about possible solutions.

IT IS NOT ENOUGH ANYMORE TO COMPLAIN. IT IS TIME TO LOOK FOR WAYS TO MAKE A DIFFERENCE, TO SLASH THROUGH THE UNDERGROWTH AND FIND A PATH, TO RAISE OUR CANDLES HIGH ENOUGH TO MAKE A BRIGHTNESS ENOUGH TO BE ABLE ONCE MORE TO READ THE CONSTITUTION.

Needless to say, we need your help to stay in business. We need whatever you can afford to give to this team project. We don’t pretend that ours is a solitary effort — there are so many others out there pushing back against the darkness. But in order for Gates of Vienna to continue we need enough money to stay in business for another quarter. That’s the agreement we made with you some years ago, and obviously we’re all of us still honoring our covenant.

I’m looking forward to this week of recognition and re-commitment and connection.

8 thoughts on “Aftermath: In the Wilderness”