This is the fourth in a five-part series of articles from the German news site Bild based on excerpts from Heinz Buschkowsky’s new book, Neukölln ist Überall (“Neukölln is everywhere”), and interviews with the author.

Part 4 was translated by JLH. 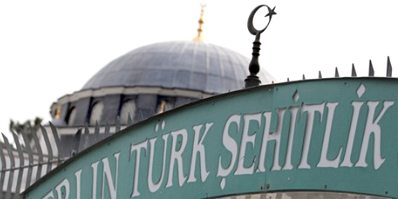 The Bitter Truth About Violence and Criminality

Heinz Buschkowsky, the mayor of the Berlin problem district, Neukölln, describes in his new book Neukölln Is Everywhere why he considers multiculti a failure.

He is a man who expresses himself clearly. Heinz Buschkowsky (64), mayor of Neukölln, declares in his new book that multiculturalism has failed, but he explains that his examples are only selections: “When we are concerned with traffic safety, we count the accidents and are not gratified at the vehicles which have passed that crossroads without mishap.”

The residents of immigrant districts, which have from time to time become social combustion points, think of themselves as disadvantaged, discriminated against and excluded.

From this point, it is only a short step to criminality: “I am just taking what is due to me but is being kept from me because I am a foreigner.” Society calls that burglary, theft, mugging or robbery.

If the perpetrator is an immigrant, a foreigner, the victim associates this status with his suffering. This almost always leads to the perpetrator being “ethnicized.” It was the Russian who attacked me, the Arab who hit me and the Turk who stabbed me. That is poisonous to integration.

I share the opinion that our legal tools for fighting crime are quite sufficient. Only, to be sure, if we make use of them and exhaust all possibilities.

When I contemplate the kaleidoscope of violent crimes in recent times in Berlin, and especially in Neukölln, it seems to me that the acts are becoming increasingly more brutal, the perpetrators more barbarous and that our legal system is ever more hesitant to act.

When the first jail term is the de facto entry into adulthood, disciplinary and pedagogic approaches have little chance.

Our police estimate that in problem areas like Neukölln perhaps 80% of the German youth between 12 and 18 have been victims of a violent crime.

A readiness to commit violence is not an ethnic specialty. To be sure, research in all countries shows that elements like experience with violence and religious ego-doping are strong, contributing factors. And I have already mentioned “young, male, immigrant” as risk factors for sliding into criminality.

A significant characteristic of violent offenders is that, with decreasing education level, there is also a decrease in the capacity for non-violent conflict resolution. Ergo, the weaker the intellect, the thicker the muscles. Two-thirds of all young convicts have no school diploma and 90% have no vocational training.

For someone who has experienced and sensed violence from earliest childhood, violence is a legitimate means of realizing one’s desires.

At this point, a parenthesis is necessary. When young people have gone off the track and discovered that the criminal scene is a completely normal lifestyle for them, then there is no distinction between the uprooted. A Russian repeat offender is in no respect different from a Turk, an Arab or a German.

One has a short haircut and wears combat boots and is just as much formed by neglect as the one who is shaved bald and wears a track suit with a hood. A glance at the birthrate presents the problem: neglected does not mean impotent.

Families in which fathers do not work, speak poor or no German, but otherwise have the last word and want to decide everything and when necessary enforce it with fist and strap — these, I think, are also the families where a high school diploma has less significance than the so-called family honor.

Again and again, violence leads to violence. To the question of whether a man may beat his wife if she betrays him, 4% of biologically German youths answered yes, and 24% of Turkish youths said yes.

When young men are taught that they should be self-confident, strong and belligerent, and that the most important anatomical part is the lower body, we must not be surprised if they exhibit a corresponding male chauvinist attitude. The macho culture that legitimizes violence of course suppresses any scruples about using violence against other people.

The risk factors for criminality in immigrant communities can be summarized as follows: deficient education, first-hand experience of violence, training in the macho culture, constant lack of money, together with religious self-aggrandizement.

When all these factors come together and the value system of our society — circumscribed by concepts like discipline, industry, order, consideration, tolerance and respect for others — has found no entrée into the personality development of the young person, then a marginal career is likely.

This is how it is. Strata of population have developed that have no interest in integrating into this society. They in no way accept representatives and institutions of the state and will not do so in the future.

An example: Because of a parking ticket, a man of Arabic background daily attacks an officer of the regulatory agency. In the ensuing court procedure, he threatens him anew. He lets it be known that he will have the officer’s entire family exterminated, if the officer incriminates him and he is convicted.

He swears it by Allah, the Koran and his eldest son. The man came to Germany 20 years ago as an asylum seeker, has compiled a considerable criminal record, disappears from time to time or is merely serving a sentence. Apparently he receives welfare, and he drives a Mercedes.

Someone who came to our society seeking protection from threats is now threatening others with death. We support him and he gives the boot to our laws — and that is not all.

Part 5: What Are You Doing to Further Integration?

5 thoughts on “The Bitter Truth About Violence and Criminality”