This is the third in a five-part series of articles from the German news site Bild based on excerpts from Heinz Buschkowsky’s new book, Neukölln ist Überall (“Neukölln is everywhere”), and interviews with the author.

Part 3 was translated by Hermes. 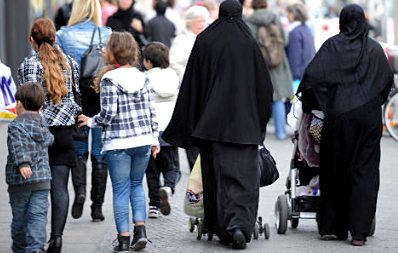 Heinz Buschkowsky writes about why he thinks multiculti is a failure.

The bitter truth about our schools

The question about who integrates who and where has for a long time ceased to be valid.

The sole representatives of German society are often just the teachers in schools, and the educators in the kindergartens.

An intercultural exchange between children of German origin and those with immigrant background is rather the exception.

The proportion of students whose mother tongue is not German says in itself very little about the social structure in the schools.

It is only by combining this with the release of the data regarding the supplementary charges for the learning materials that a full picture emerges. Parents or persons in charge of the child who get welfare benefits do not need to contribute to this school material.

The share of exemptions for the 2011/2012 school year was of 55% in Neukölln, but in the north of the district it reached the 79%. In this sector there were not a few schools with an exemption level of 90%.

These exemptions mean that 80%, 90% or nearly all parents have no regular/official work.

The inconceivable number of those who receive supplementary benefits, that is, those with jobs who get supplementary social benefits because of their low level of income, is something which now I deliberately omit.

From this it follows that in these families the children become socialized without the influence of the most natural and decisive driving forces of our human condition: building up a model of living, having goals (in life), performing, realizing their plans, feeling satisfied with what has been attained, coping with failures and setbacks.

The children never experience such things as mother and father waking up early in the morning and coming back in the evening shining (with happiness) because they had a successful day, or coming back distressed because that day was an unfortunate one on the job.

The vicissitudes of life are not integrated into the stock of experience of these children, and therefore they fail to be prepared for their own life experiences.

When the teacher encourages them with words like this: “You must work hard in order to get good school-leaving qualifications and to learn a good profession and earn a lot of money so that you can marry a nice girl and drive a BMW”, the children answer like this: “But Miss, the money comes from the welfare office”.

They do not say this because they want to upset the teacher, but because this is the only thing they know. Children are always mirrors for us.

This year 39% of all immigrant children started school with a very poor, or even no knowledge at all of the German language.

There are children belonging to the third of fourth generation of immigrants who have not mastered the language of this country. Almost 10% of them have no connection at all with it, although at least one of the parents was born and grew up in Germany.

Where have they lived so far? In which language do family members speak among themselves? Which TV channel plays on their TV?

I think that we all know the answer: One speaks the language of grandpa’s village. We are and we remain Turks, Arabs, Somalis, or whatever we are.

This is just the difference with the immigrants in the USA. They want to be Americans. But those I am talking about do not want to be Germans.

That is why they live and remain in their world, and this is the reason why they do not strive at actively adopting the German or Central European set of values.

And it is also easy for them to choose this way. In city districts such as Neukölln one does not have to know German. The entire range of everyday services for one’s own ethnic group has been fully developed.

If one has to make contact with the authorities, then it is enough to call somebody you know, or to ask for a translator.

And if these requirements are not fulfilled, the authorities will be criticized for not being sufficiently culturally sensitive.

Let us take for example the immigrants of Turkish origin. Do they depart from Anatolia and say goodbye with the words “I’m departing and I will become a German?” Hardly.

The goodbye sounds presumably rather like this: “I’m going to Germany”. The reasons for such a decision are often the glorifying reports of a country resembling paradise in which well-being and money are at everybody’s disposal.

A Turkish immigrant does not have to prove his will to integrate by wearing leather knee-breeches, drinking beer by taking one liter as a measure of quantity, or eating white sausages for breakfast.

It is enough if he and his family accept the principles of our constitution as the determining elements of their life, if he takes the trouble to learn at least the basics of the language spoken in the country (to which he arrives to stay) in order to be able to communicate with other people in that society, if he sends the children to the school and throws the rubbish into the dustbin instead of throwing it to the street from the balcony.

Whoever cannot, or simply do not want to adapt, should not emigrate.

My first and foremost conclusion from all I mentioned above is that integration and the willingness for it are obligations to be fulfilled by those arriving. We are satisfied with the rules we have.

Whoever comes to us must accept them and actively take part in the increase of society’s well-being — is this not the right of any society to say this?

Part 4: The Bitter Truth About Violence and Criminality

9 thoughts on “The Bitter Truth About Our Schools”